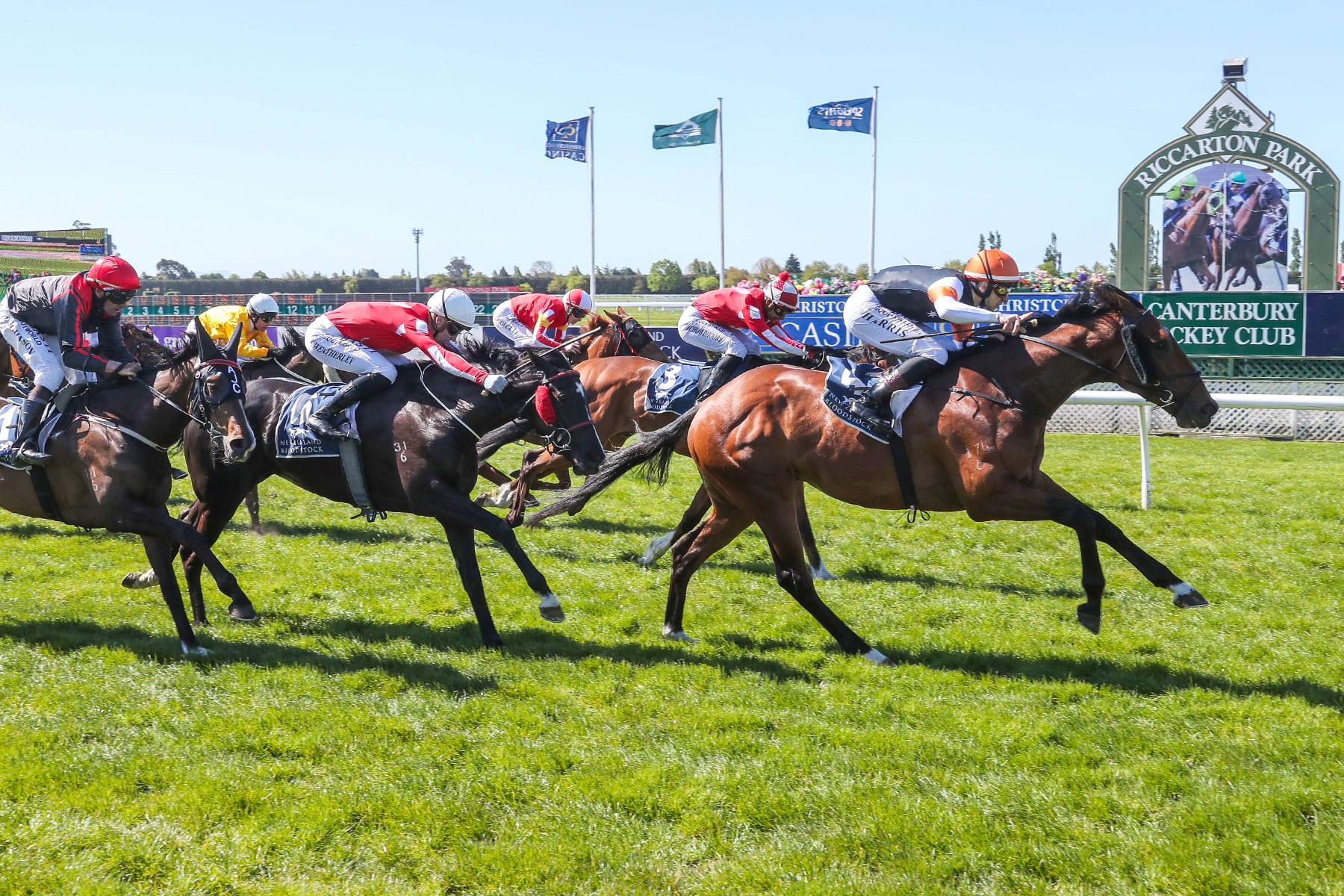 Cambridge galloper Sherwood Forest showed he will be a force to be reckoned with at Group 1 level next month when he stormed home to take out the Group 3 War Decree Stakes (1600m) at Riccarton on Saturday. The statuesque Fastnet Rock three-year-old has been touted as a serious contender for the Group 1 Al Basti Equiworld New Zealand 2000 Guineas (1600m) in a fortnight and his admirers would have been well satisfied with his latest performance.

Settled well back by rider Troy Harris after missing away slightly at the jump, the Tony Pike-trained galloper was still spotting the leaders a conservative six lengths as the field approached the home bend. Harris peeled Sherwood Forest to the centre of the track where a few huge bounds carried him to the front before he stalled off local stablemates Chuck A Luck and All About Magic to score a comfortable one length victory.

Pike stable representative Dean Williams was delighted with the run as a final lead-up to the upcoming Group 1 challenge. “It is fair to say I was a bit nervous when he was slow away,” Williams said. “Troy got him some cover and then plenty of clear air and he was a touch too good for them. “We are down here now; he is well and we know he loves the mile.”

TAB Bookmakers responded by tightening Sherwood Forest into an $8 second favourite for the 2000 Guineas behind fellow northern raider Catalyst, who heads the market at a quote of $1.15.

Later on in the programme, lightweight Group 3 Christchurch Casino New Zealand Cup (3200m) candidate Chief Sequoyah boosted his chances of gaining a start in the Riccarton two-mile feature when he led all the way to capture the Listed Christchurch Casino Spring Classic (2000m).

One of the team sent south by Cambridge trainer Stephen Marsh earlier in the spring, Chief Sequoyah had placed in rating 65 company at his most recent start but took the rise to the open grade in his stride as he led all the way in the hands of Sam Weatherley.

Weatherley rated the Redwood five-year-old to perfection as he dictated proceedings from in front before putting his rivals under pressure with 600m to run. Clear by three lengths turning for home, Chief Sequoyah kept up a powerful gallop to score from a fast finishing King Of The Dance with Zentessa also dashing late to snatch third.

Currently sitting 35th in the rating order for the New Zealand Cup, Chief Sequoyah will receive a handicap re-rating for his victory on Saturday which should lift him in to position to make the final Cup field on November 16.