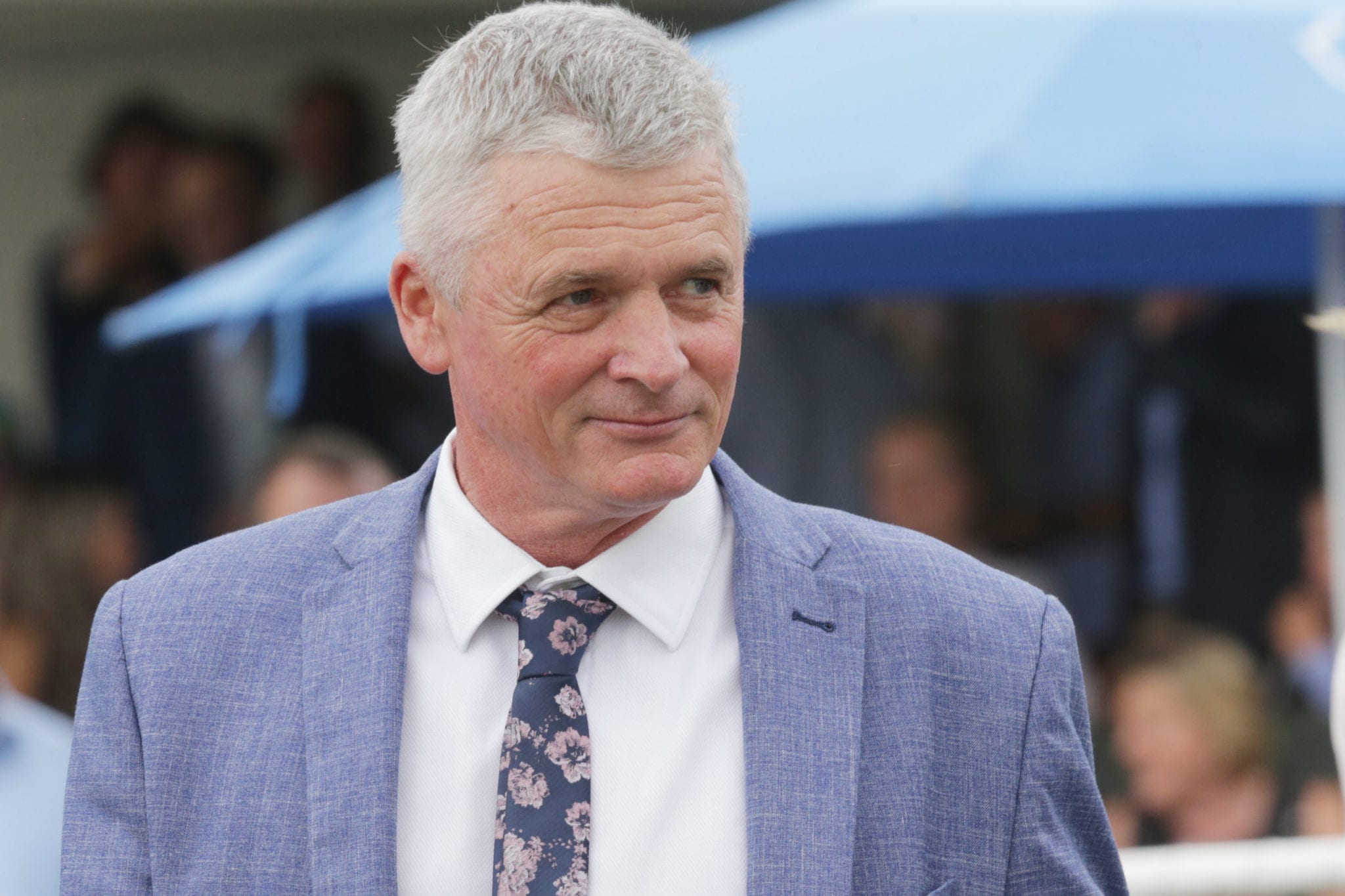 Vernazza’s victory in the Group 2 J Swap Contractors Matamata Breeders’ Stakes (1200m) was a special moment in the career of trainer Lance Noble. The former Matamata horseman now trains privately for owner-breeders Brendan and Jo Lindsay at their property in Karaka, but he returned to his old stomping ground on Saturday and triumphed in the prestigious two-year-old fillies’ feature.

“It was a pretty special win, for many reasons,” Noble said. “Having spent over 30 years in Matamata, I started my career there and spent 14 years on the committee of the racing club, it meant a lot to go back there and win the flagship race. “It was also great that it was sponsored by the Swap family. I leased my very first stable off David and Dale Swap, and they were a huge help to me in terms of mentoring and business advice when I was starting out.

“Then there’s the fact that Vernazza was ridden by Michael Coleman. We started off our apprenticeships together way back in the 1980s and have been friends for a long time. “Last but certainly not least, she’s the first Group winner bred by Cambridge Stud since it was taken over by Brendan and Jo Lindsay. It couldn’t have been a better result. It’s nice when fairy tales come true.”

Now the winner of two of her three starts, Vernazza is by More than Ready out of the Zabeel mare Zonza, who won five races for the Lindsays including the Group 3 Ladies’ Day Vase (1600m) at Caulfield. She is also the dam of their Listed winner Bavella.

The Breeders’ Stakes is a coveted prize for any Matamata horseman, but one that Noble thought he might never win. “My previous best result in the race was a close sixth with Irish Nova many years ago (in 2005),” he said. “But I’ve had very few runners. “I also had a sixth last year with Bavella, who I really thought could win the race. Everything went wrong with her that day. I was still shaking my head when I got home, thinking that would be my one big chance to win the Breeders’ Stakes. “But now here we are, 12 months later, winning it with her half-sister. What a great result.”

Noble trained more than 400 winners as a public trainer in Matamata, headed by the triple Group One winner Viadana, whose elite level wins included the Easter Handicap (1600m), NRM Sprint (1400m) and New Zealand Thoroughbred Breeders’ Stakes (1600m). He took up his position with the Lindsays in 2015 and trained a total of 20 winners across his first three seasons in that role.

The 2018-19 season brought a big improvement with 16 winners, and he has already won 13 so far in 2019-20. “Everything’s fallen into place,” he said. “It takes a little while to develop a team, and it also took me a while to adapt to the new environment. “There were also some changes when Brendan and Jo bought Cambridge Stud. Henry Plumptre came on board and took things to a new level, and we’ve formed a great working relationship together.

“It’s a great facility to train horses, I’m very lucky to be here and to have the quality of horses around me. “As everyone knows, Brendan and Jo had a very rough time late last year at the stud, but the racing side of things has come together really nicely this season. “We’re now looking at having as many as six runners on Derby day at Ellerslie on Saturday, including some who are in great form heading into that big day.”

Those include the Nathans Memorial (2200m) contender Dance Card, who was a last-start winner of the $100,000 Karaka Cup over the same course and distance. Meghan, who won impressively at Te Rapa earlier this month, is pointing towards the Group 3 McKee Family Sunline Vase (2100m) ahead of a potential shot at the Group 1 New Zealand Oaks (2400m). “It’s what we’ve been working towards and striving for over a long period of time,” Noble said. “People can sometimes be a bit dismissive of what Brendan and Jo achieve, putting everything down to money. But it doesn’t just happen. We’ve worked together and built it up. You need the right horses, the right staff and great backing behind you.

“Brendan and Jo have taken some heavy knocks along the way, but they’re hugely committed and have put in a massive amount of work and effort. “We have about 25 horses in work now, which is around the number we want to keep it at. It goes a bit quiet over the winter, but what we try to achieve is to have our horses ready to compete on the big days and at the major carnivals.”

Moving from Matamata to Karaka was a big change for Noble and his family, but one they are glad they made. “We’re loving it,” he said. “My wife Leigh is working in the airfreight department at New Zealand Bloodstock, so she’s still in the industry and really enjoying that role. We’ve got two teenaged sons who are doing very well in school. “A lot of people are quick to knock Auckland, but we quite like it.”

He also believes the opportunity to train for the Lindsays was a lifeline for his training career. “I’m not really sure what I’d be doing if this hadn’t happened,” he said. “I’d probably still be training, but it was getting very, very tough, so the timing was right for me to make this move.

“The hardest part of it is that you need the good horses. If you’re going to the sales and trying to buy and syndicate yearlings, you’re up against the Aussies who come over and buy top-end yearlings, as well as the major local syndicators like Te Akau and Go Racing. “You’re limited to what’s left, and so you’re trying to find a diamond in the rough.

“It was getting harder and harder. Because of the position the industry is in, the owners who previously owned all or half of horses, now they only have smaller shares in syndicates. So the pool of owners just isn’t there.

“So I think I’d still be training if I had my public stable at Matamata, but I wouldn’t be at this sort of level. The beauty of coming here is that you always know you have quality horses coming in through the gates.”