Coleman back on top after lean summer 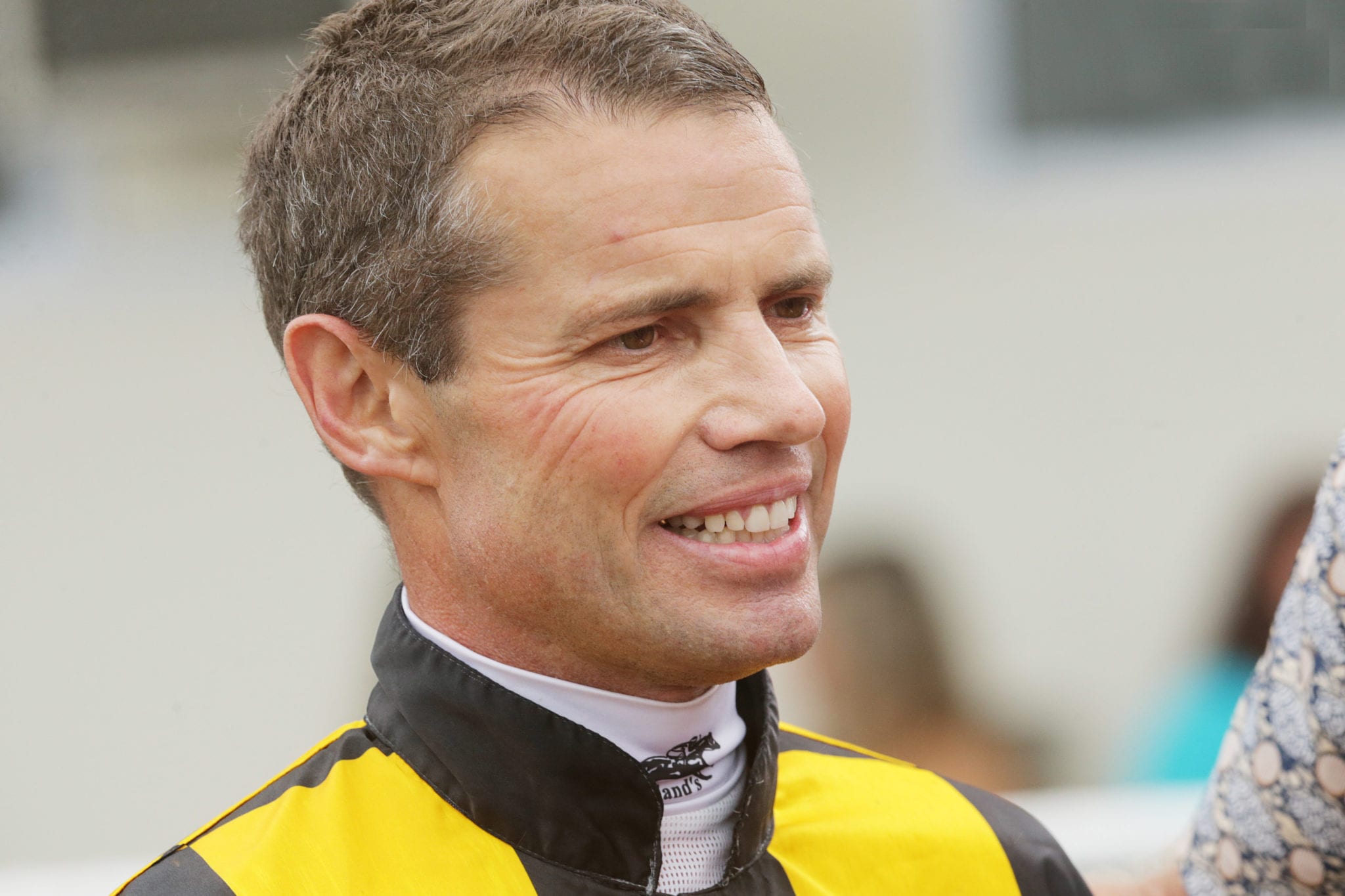 Popular Matamata jockey Michael Coleman hopes the feature race double he achieved on his home track on Saturday provides the catalyst to lift the number of raceday engagements he has been receiving of late. A member of the exclusive 2000 winners club, Coleman has been going through a lean patch in recent months despite retaining the talent and enthusiasm that has seen him excel since starting his riding career back in 1985.

The win on Vernazza was a special one for Coleman as not only was it his fourth win in the race but it was also for friend and trainer Lance Noble, who started his apprenticeship at the Jim Gibbs stable at the same time as Coleman. “Lance and I started off with Jim Gibbs at the same time so we’ve known each other for more than thirty-five years,” Coleman said. “He’s been a good mate for a long time so the win made it all the more special. “She’s a pretty good filly who I think will be even better as a three-year-old so they have something to look forward to with her.”

That Coleman is even riding at the moment belies the fact that less than twelve months ago he thought he may have to give it away after a stint in hospital with life-threatening blood clots. “This year has been pretty tough by my own standards and the last few months I’ve been having a lean trot,” he said. “Still it’s a better spot than this time last year when I was in hospital and then I didn’t ride for two months. “Hopefully after a good day yesterday I might have turned the corner and the phone might start ringing a bit more. “I still feel I’m riding to a good standard and if I didn’t, I would be pulling the pin pretty quickly.”

While he was pinch-hitting for a suspended Leith Innes on Vernazza, Coleman will retain the mount on Joe’s Legacy for his next start which will be in the Group 1 Barfoot & Thompson Auckland Cup (3200m) on March 7. “I think he (Joe’s Legacy) is a little better when there is some cut in the ground like he got on Saturday but he has been running very consistently,” he said.

“He was probably a little unlucky not to win the Dunstan Stayers Final at Ellerslie (runner-up) so he has been in good form all around. “I was quietly confident going into the race (on Saturday) with the light weight on his back and he got the job done. “He ran out a pretty strong 2400m so it should give him a chance at the two miles and especially with a little moisture around.”

Coleman also made the most of his opportunities when landing the opening race of the day at Matamata on Flomiline for Roger James and Robert Wellwood. The experienced hoop replaced Ryan Elliot, who couldn’t make the weight, and duly guided the $17 chance to victory to set-up the first win of a treble.

With Lisa Allpress unavailable due to overseas commitments, Coleman has also picked up the ride on promising filly Unlaced in the Group 2 Little Avondale Lowland Stakes (2100m) at Hastings on Wednesday so is keen to keep his black-type run rolling. “I don’t know too much about her (Unlaced) but her record suggests she is a handy type and has good form,” he said. “I think she is a New Zealand Oaks candidate so it will be interesting to see how she goes on Wednesday.”