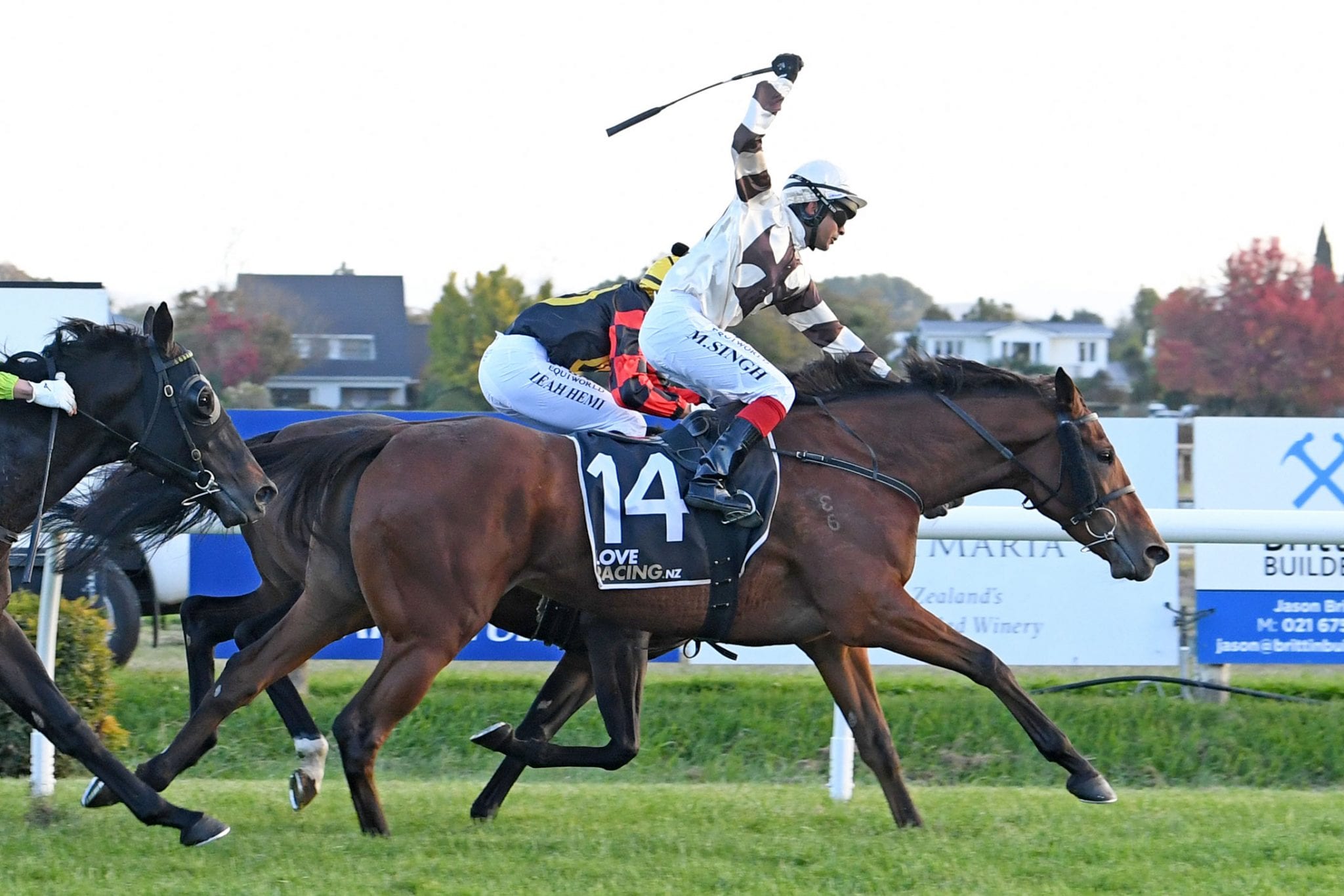 The whip flourish and excited salute said it all as popular New Zealand Central Districts jockey Madan Singh registered his first win in the saddle since resuming from a lengthy stint on the sidelines courtesy of the worldwide COVID-19 pandemic.

Singh guided the Fraser Auret-trained Uareastar to victory in the last race at Hastings on Saturday for his first winning ride since resuming in early February.

Singh had been off the riding scene for the best part of a year after being caught out by the nationwide lockdown instituted in late March last year to combat the spread of Coronavirus.

The 29-year-old had made his annual trip back home to visit his family in the Rajasthan province in India in February 2020 and was forced to stay there when New Zealand declared the national lockdown on March 23.

“I have travelled back home each year for a while now and when I was there in 2020, I got caught out by the lockdown,” he said.

“I had booked my flights to get back to New Zealand on March 27 but when the lockdown hit, I couldn’t get back.

“I missed out by just four days, which was really frustrating and cost me a year in my riding career.”

Singh managed to see the silver lining in his extended stay in his home country, using the time to visit a number of relatives as well as friends he made when first learning to ride in the city of Bangalore.

“I stayed with family most of the time, which was good, as when I had gone home before it was pretty rushed and I didn’t really get to see everyone I wanted to,” he said.

“I could also go and see my friends in Bangalore, which was great, as that was where I learnt to ride.

“At that time, we had a four-week lockdown to start with and then it eased off like it did here in New Zealand.

“It slowly got back to somewhere like normal and then I managed to get a flight back to New Zealand in January this year.

“I started riding again in February and Saturday was my first winner back, which felt amazing.”

Singh is keeping a close eye on the rapidly developing COVID crisis back in his home country at present and is relieved his immediate family is in a relatively safe area.

“My family lives in Jodhpur, which is quite dangerous if you are in the city there as it is a big place and the disease can spread very rapidly,” he said.

“Thankfully, they have moved out to a country area, which doesn’t have the same sort of population numbers and is a good deal safer.

“I am in regular contact with them and they tell me they are fine, so that is a big relief.”

With the monkey off his back now with the victory on Uareastar, Singh is looking forward to rebuilding his career over the winter months.

“It has been hard being away from New Zealand for so long as I lost all the contacts I had with trainers and owners, so I have had to work hard to get rides,” he said.

“It was fantastic to win the race for Mr Auret as I have worked for him for the last eight years and he has been very good at putting me on his horses when he can.

“I’ve been getting support from some of the other local trainers and I hope that will increase now.

“Uareastar is a really nice horse, so it is great to ride horses like him and win on them.

“When you are riding good horses, it makes it easy and hopefully I can keep my progress up over the winter and into the new season.”