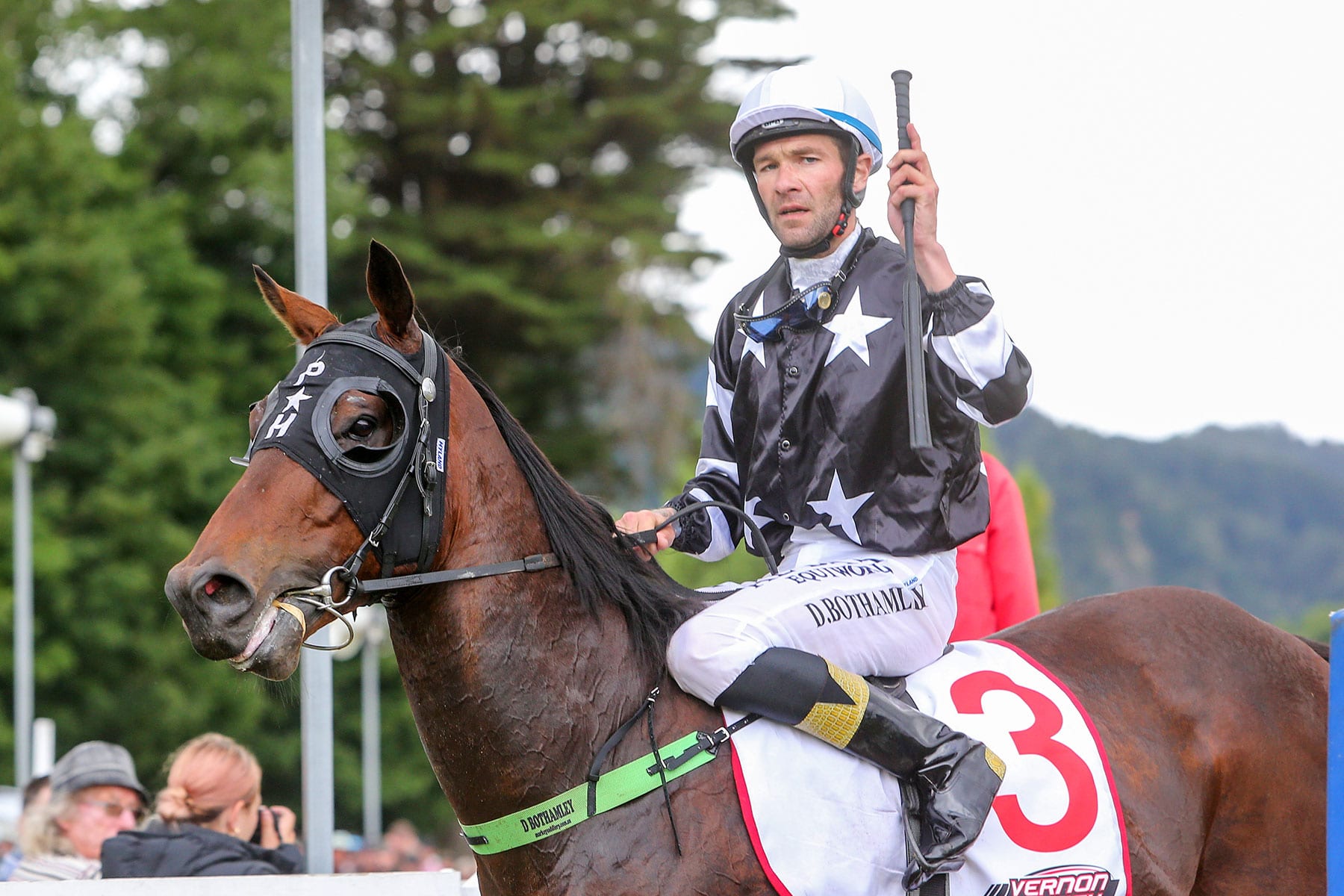 Invercargill jockey Daniel Bothamley might have a Great Northern win on his resume but a decision to put his jumps riding career on ice has paid dividends in recent times as he edges closer to 200 career wins.

Bothamley, 36, had planned to work for a building firm for the winter but demand for his services in the saddle has meant he is as busy as he has ever been as a senior jockey.

Already this season, he has taken 220 rides, nearly as many as his last four seasons combined, and his 17 wins this term has surpassed his combined tally from the previous four years.

“For me, it’s always tough in the winter months. I ride down to 57.5 kilos but it takes a bit of doing. But I’ve been riding a bit more regularly this year and that’s helped make it easier,” Bothamley said.

He credits his agent Lou O’Reilly as making a significant improvement to the number and quality of rides he’s getting, among them the likes of Manhattan Flame, a leading chance in Friday’s Oamaru Cup Winter Cup Bonus Bet (1100m) at Oamaru.

Bothamley has been aboard the Bruce Tapper-trained Manhattan Flame in his last two starts for a second placing at Timaru last month and a luckless fourth at Ashburton last start.

“He didn’t get the best of luck last time. We got tightened up at the top of the straight but he did finish it off nicely after that,” Bothamley said.

“Bruce says he’s come through that race as good as gold and he’s been working well for this one. He’s a pretty easy horse to ride because gets away well and puts himself right there and knows what he’s there for.

“On what he’s been doing, he should be a good chance at Oamaru.”

Bothamley sits on 198 career wins and was hoping to edge closer to the milestone of 200 wins at Oamaru, where his other rides are Trabruk, Total, Gelato and Yannick.

“I wouldn’t mind picking off 200 wins. It’s been a long road to getting there,” said Bothamley, who began riding in the 2002-03 season and landed one of New Zealand’s most prestigious prizes as a jumps jockey in 2009, guiding the Ellis Winsloe-trained Kidunot to success in the Great Northern Hurdles (4190m) at Ellerslie.

“That was a great thrill. I rode a couple of really nice jumpers for Ellis but we never got a (Grand) National. My focus these days is on the flat but if the right ride came along, I could be persuaded to have another go.

“It’s just too hard wasting to ride at flat weights and riding over fences at the same time.”

Bothamley was expecting the Danny Frye-trained Gelato to prove competitive in the NZB Insurance Pearl Series Race (1200m) and was hoping Trabruk could continue his improvement at Oamaru.

“Trabruk went a good race last time and hopefully he can improve on that too,” Bothamley said.

“Danny Frye is pretty confident he’s got Gelato where he needs him too but Roc Music of Jamie Bullard’s will be hard to beat in that.”