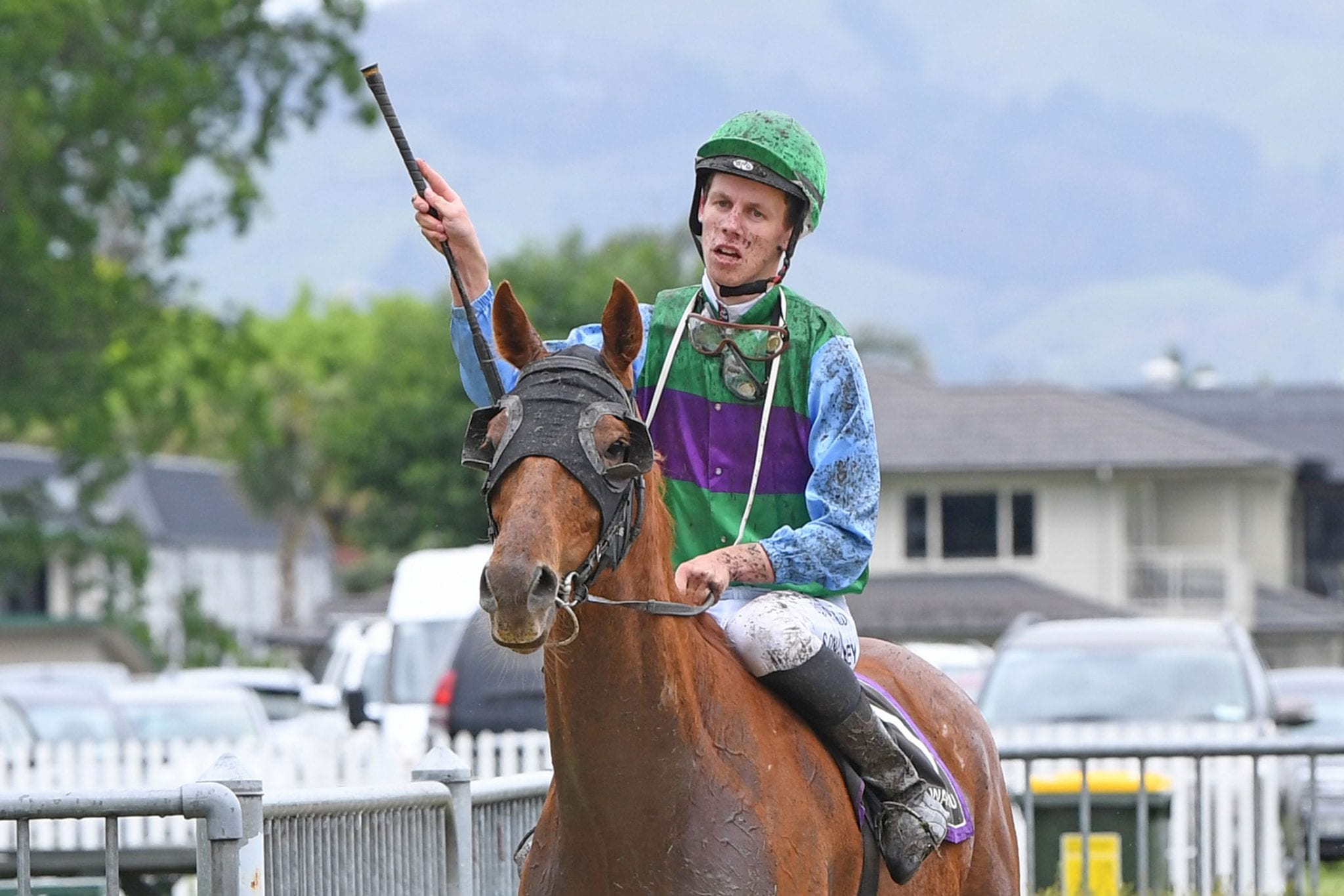 Sam O’Malley is pretty chuffed with how his season has gone so far.

The Central Districts apprentice jockey has racked up 30 wins in the saddle so far, more than double his previous best tally, and he noted his third-placing aboard Deerfield in the Group 1 Captain Cook Stakes (1600m) as a major highlight.

He will once again partner the Chrissy Bambry-trained gelding at Awapuni on Satuday in the Winstone Wallboards 1100, and he believes he is a big chance on the Heavy11 surface.

“I reckon he is going to be really hard to beat,” O’Malley said. “Talking to Chrissy, he is back to his winning weight. He should be hard to beat on the wet track.”

O’Malley will also add some diversity to his season when he rides over the jumps on Saturday.

“I am just doing a few,” he said. “I am riding a couple for John Wheeler, who took me to Warrnambool.

“I am in a jumping stable at Kevin’s (Myers), so it makes sense to ride a couple (of jumpers).”

He will hop aboard promising hurdler Chief Sequoyah, who will line-up as favourite in the Manawatu ITM Awapuni Hurdles (2900m) after he rode the Wheeler-trained gelding to his maiden hurdle victory at Ellerslie last start.

“He looks quite promising,” O’Malley said. “He is a really nice horse and jumps well, I think he is going to be very hard to beat.”

Chief Sequoyah could just be O’Malley’s ticket for a return trip to Warrnambool next year, with Wheeler eyeing the carnival with the six-year-old.

“If Chief Sequoyah comes up good enough, talking to John, I think he is keen to go over there next year and have another crack,” O’Malley said.

“It is pretty unreal over there. The course is just amazing and there is such a great atmosphere.”

O’Malley will also ride Wicklow for Wheeler in the Cody Singer Memorial Steeplechase (3200m) at the behest of his employer Kevin Myers.

“Wicklow is first-up over the steeples,” O’Malley said. “I was talking to Kevin after his run at Auckland and he told me to get on that one. He knows what he is talking about, so it should be a good ride.”

Back on the flat, Dez looks to be an exciting ride for O’Malley as he gets set to return to Riccarton in August to contest the Group 3 Winter Cup (1600m), a race he won in 2019.

The Simon Wilson-trained nine-year-old will jump from barrier seven in the IPL Marketing LTD/Nelson Pine Industries 1600, and O’Malley is expecting an improved performance from his first-up unplaced result.

“He needed that first-up run at Palmy and he played up a little bit, probably being a bit fresh,” he said. “Simon has been pretty happy with him since then and hopefully he will be a nice ride for me over winter going forward to the Winter Cup.”