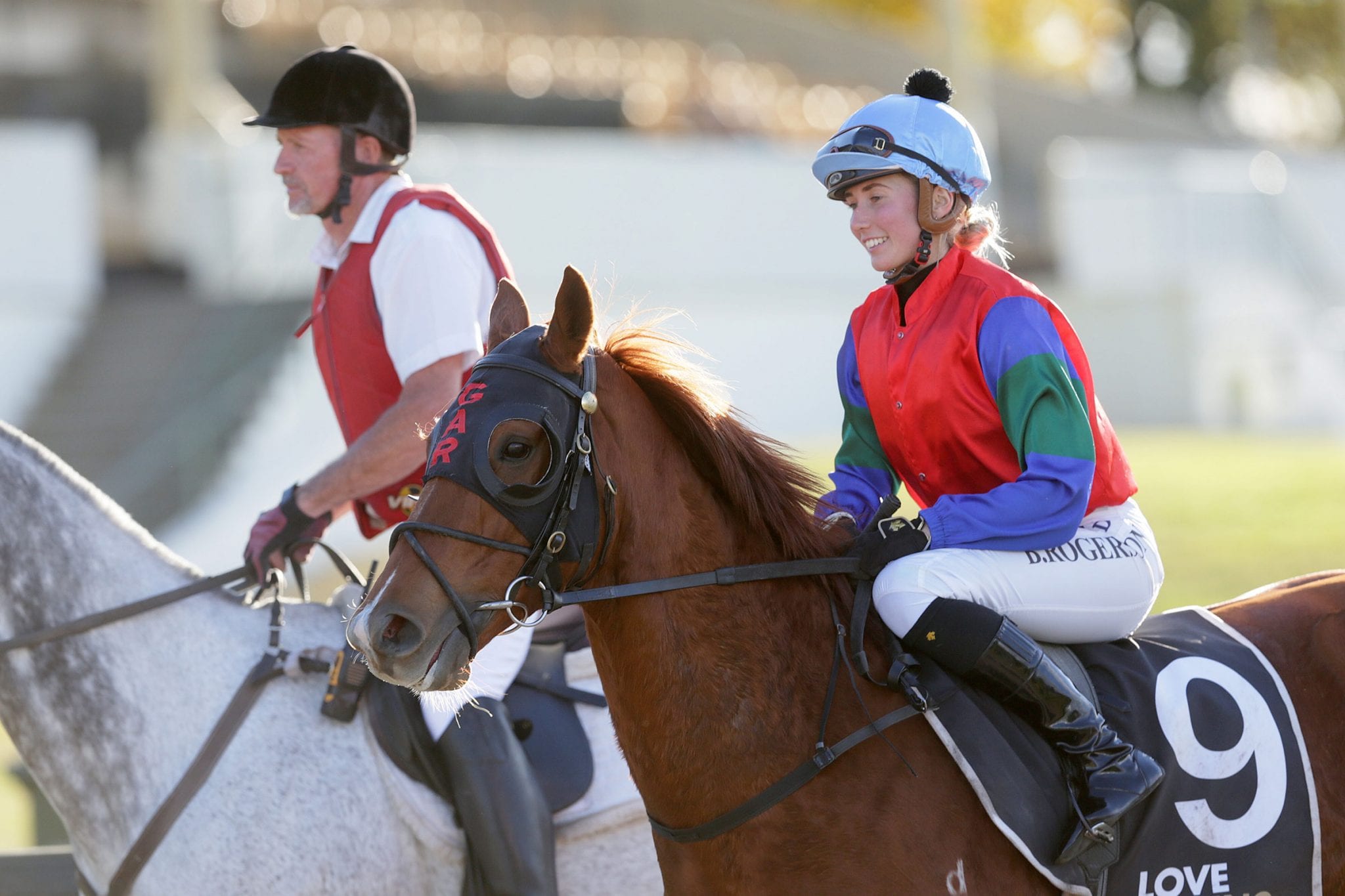 It was a memorable day for Bailey Rogerson at Arawa Park on Wednesday, with the Hamilton horsewoman not only riding her first winner as an apprentice but also recording a winning double at the Rotorua meeting.

Winning is nothing new to Rogerson, who was formerly a member of the Team Rogerson training partnership, and rode in the amateur ranks for a number of seasons.

However, she said riding as a professional is a completely different kettle of fish, and it was such a rewarding experience to get the two victories on Wednesday.

“It was amazing, I am pretty stoked,” she said.

“It’s quite exciting, especially to get the monkey off my shoulder and then to get a double was even better.”

Rogerson scored her first win aboard Ezdara in the Campbell Infrastructure 1560 before returning to the winner’s enclosure aboard Roc Cha in the MacMillan Accountants 1230.

“They both ran really well,” Rogerson said. “I think today was a case of whether you got through the track or not and I was fortunate enough that both of my horses did.

“Ezdara may back up on Saturday. She has got ability, she just needs to help herself, and Roc Cha is an honest mare.”

“During lockdown we had a whole lot of horses ticking over and I was lucky enough that we had a lot of horses ready to go (when racing recommenced),” she said. “With Ryan (Elliot, stable jockey) getting a bit heavier, it was a victim of circumstance.”

Rogerson enjoyed her initial stint of riding in the professional ranks last year, but elected to take up an opportunity with England-based Kiwi trainer Sir Mark Todd.

“It was an amazing experience in England,” Rogerson said. “Obviously Mark is such a well-established horseman and the general horsemanship he has is amazing, I learnt so much, it was incredible.

“If it wasn’t for COVID and the cold, I probably wouldn’t have been back so soon. I had a really good time.”

However, Rogerson decided to return to her homeland and was delighted to get some wins on the board as an apprentice.

While she enjoyed her time as a trainer, Rogerson said she would like to give her riding career a good crack before returning to the Team Rogerson partnership in the future.

“You can’t be an apprentice and train at the same time, so at the moment I am enjoying riding,” she said.

“I’ll take each day as it comes and try and ride more winners.”