New venture off to a bright start for Heptinstall 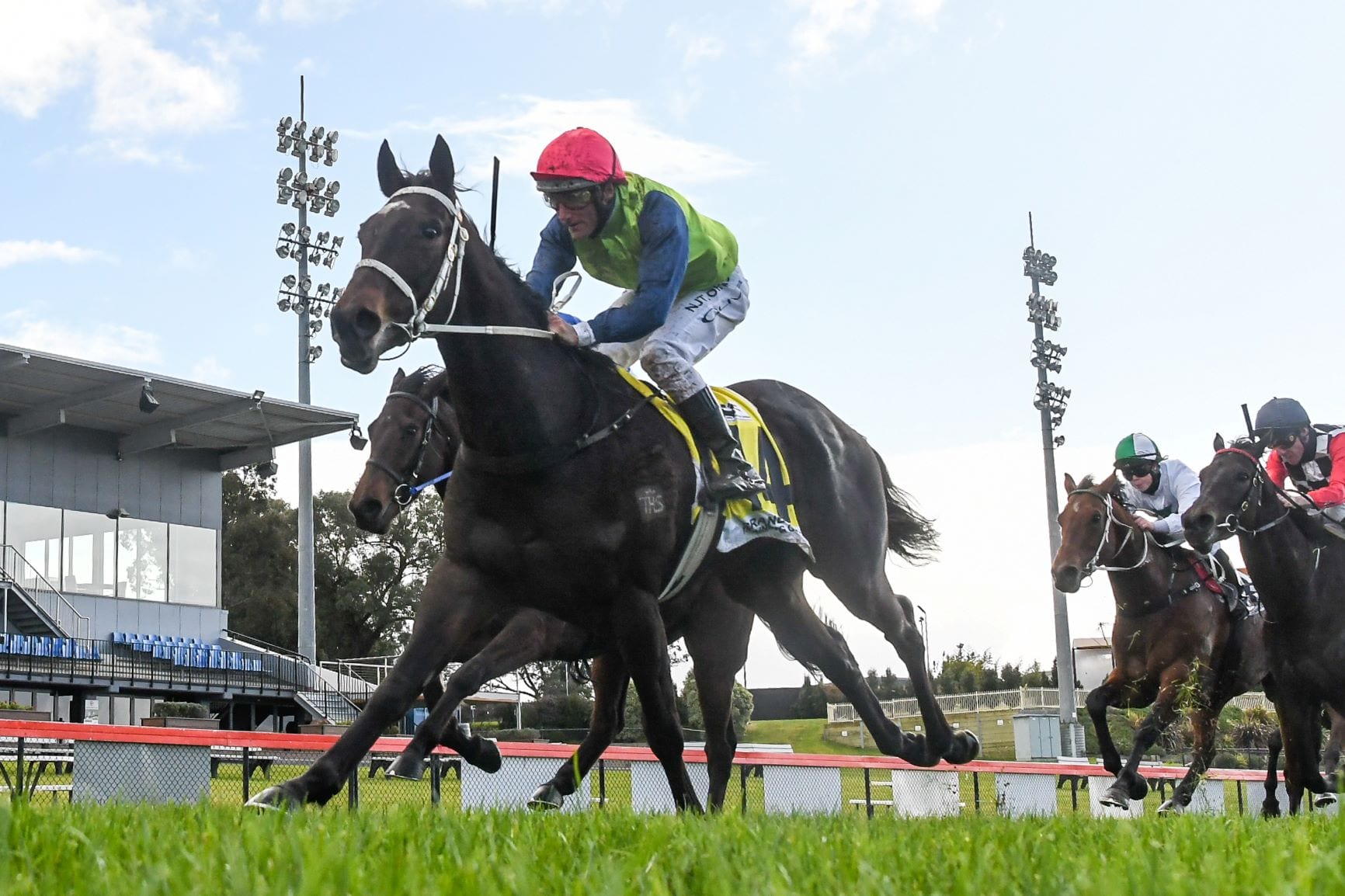 Ex-pat Kiwi breeder, owner and racing enthusiast Tommy Heptinstall is reaping the rewards of his decision to move a number of his current racing team across the Tasman with two winners in the space of four days getting the venture underway on a high note.

Tavistock three-year-old Wertheimer started the ball rolling when he broke his maiden status over 1300m at Cranbourne on Wednesday for trainers Trent Busuttin and Natalie Young while Aqueduct picked up his second career victory when successful over 1400m at Murray Bridge on Saturday for trainer Michael Hickmott.

Heptinstall, who races his horses with a group of long-time friends, has had a passion for thoroughbred racing since his teenage years when he used to hitchhike from his Wellington home to Auckland to attend the Auckland Racing Club’s Christmas Carnival at Ellerslie. A successful career in Real Estate followed that allowed Heptinstall to indulge that passion, initially through ownership, before moving into the breeding game as well.

He has been to the fore over the years through the deeds of notable racetrack performers such as multiple Group 1 winner and then successful sire Tavistock, Group 1 VRC Derby (2500m) and Group 1 Auckland Cup (3200m) winner Sangster, while two-time New Zealand broodmare of the year Bagalollies has produced gallopers of the quality of two time Hong Kong Horse of the Year Werther, Group 1 Australasian Oaks (2000m) winner Toffee Tongue and Group 3 New Zealand Cup winner Gobstopper.

Retired and living in Melbourne for the last four years, Heptinstall is delighted with how events have panned out in the past week. “It has been a fantastic few days, as any time you win a race anywhere is good,” he said. “We had this plan to bring some of our horses over here to Australia and so far, so good. “We brought eight over with six going to Michael (Hickmott) in Adelaide and the other two to Trent (Busuttin) and Natalie (Young) at Cranbourne. “Three have run for two wins and I think the others will all run within the next ten days or so.”

Heptinstall believes Cranbourne winner Wertheimer has the potential to develop into a quality stayer in the future and could be a Derby contender as he matures into his three-year-old campaign. “We’re going to see how far we can go with Wertheimer in this campaign,” he said. “Where that might be, I don’t know but if he shows us enough, he could be the type of horse we could potentially take back to New Zealand for the Derby (Group 1, 2400m).

“Winning the New Zealand Derby is my ultimate goal and is fuelled right back from when I was fifteen and hitchhiking to Auckland to stay with an Aunt so I could go to Boxing Day at Ellerslie to see the Derby and then the Auckland Cup on New Year’s Day. “I’ve been lucky enough to win an Auckland Cup and a Victoria Derby with Sangster but I have a real fire in me to win that elusive New Zealand Derby.”

While a New Zealand Derby victory would be the ultimate result for Heptinstall the cherry on top would be with a horse trained by Busuttin. “I first met Trent at the Port Nicholson yacht club during Wellington Cup week when I was seated next to him for a charity luncheon, where the guest speaker was Sir Patrick Hogan,” Heptinstall said. “I ran Tavistock in the Telegraph (Group 1, 1200m) and the Thorndon Mile (Group 1, 1600m) and I ended up saying to Trent that if he found a horse some time to give me a call as I might go in on it.

“Within two months I had ended up selling Tavistock to Patrick for duties at Cambridge Stud and Trent had contacted me after the Ready To Run Sale as he had bought Sangster for me. “He was only a young fellow at the time and just getting started and I believe in helping people get a leg up when they are starting off. “Over the years we have become very close and I’m just rapt with how well he and Natalie have done.”

While he still has a number of younger horses in New Zealand with trainer and trusted friend Andrew Campbell, Heptinstall believes the immediate future for his racing team is in Australia. “While we still go to the sales to try and buy a Karaka Million winner or future Derby winner, I have become disillusioned with the direction of New Zealand racing at present,” he said. “The lack of leadership makes me wish I was twenty years younger as I would be back in New Zealand in a flash and I would tip the Industry on its head. “We still have eight or nine two-year-olds with Andrew but anything older will be coming to Australia as I don’t see any future in racing older horses in New Zealand at the moment.”