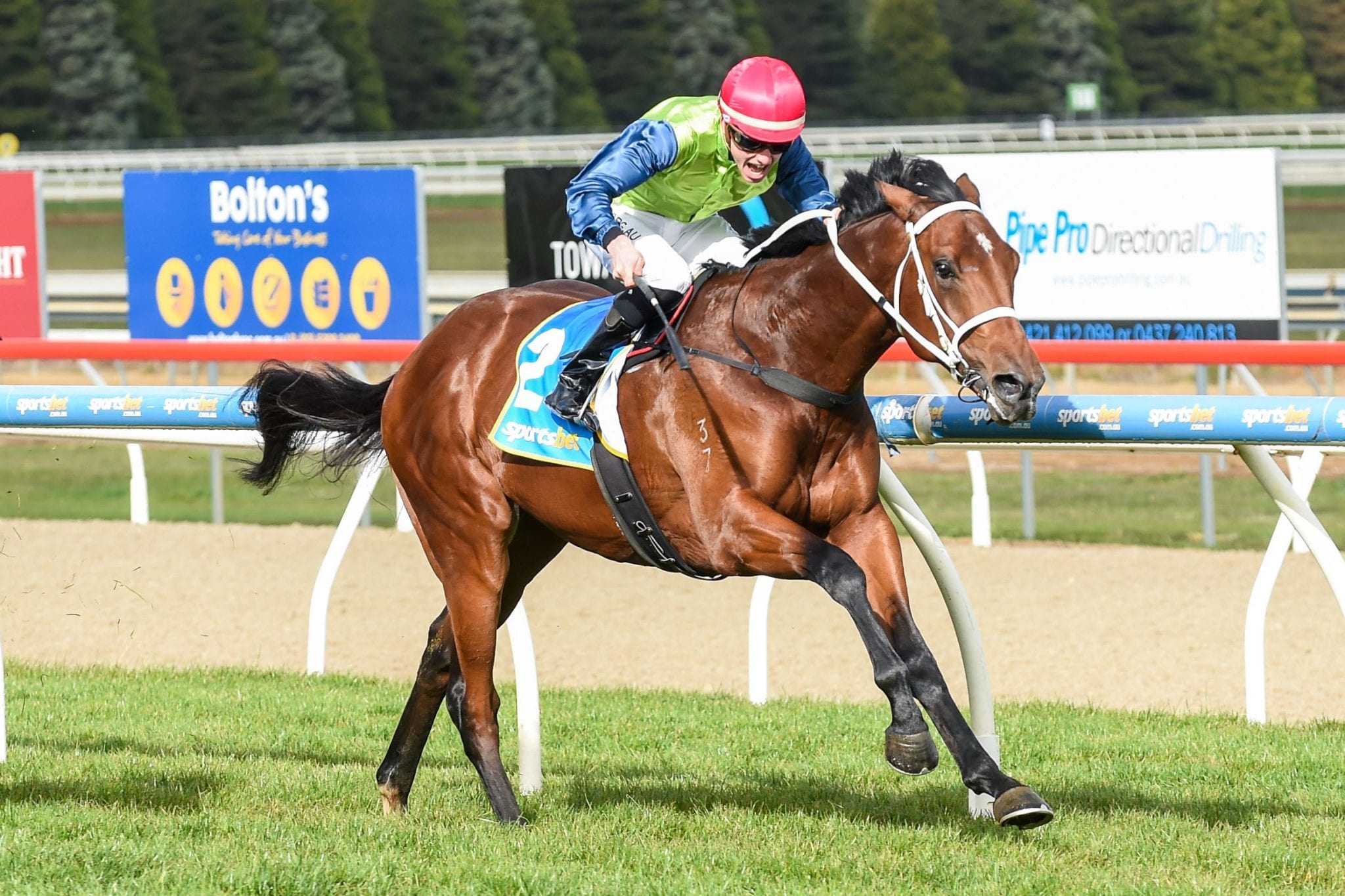 Trent Busuttin trained Sangster to win the Group 1 Victoria Derby (2500m) in 2011 and he thinks it’s about time he gets his hands back on the coveted mug. Together with wife Natalie Young, Busuttin will have two chances in the three-year-old feature at Flemington on Saturday – Albarado and Wertheimer.

Albarado finished third in the Listed Super Impose Stakes (1800m) at Flemington two starts back before winning the Group 3 Neds Classic (2000m) at Caulfield a fortnight ago. “It was a messy race the Norman Robinson (Neds Classic),” Busuttin told RSN927. “He went back and started to over-race a bit. The lack of tempo forced Mark (Zahra, jockey) to put him up in the race early and he got up and around them far too soon.”

Albarado has drawn barrier eight on Saturday, which Busuttin believes will be ideal in his first test over 2500m. “We will just put him to sleep in the Derby,” Busuttin said. “He should be able to slot over in a lovely spot from barrier eight. The horses out wide in the gates will go behind him so he should come across and get a nice sit. “If he does get a decent run he is going to be very hard to beat.”

Busuttin is wary of the Patrick Payne-trained Cherry Tortini and Danny O’Brien-trained Young Werther, but he believes his colt will meet their measure this weekend. “Danny O’Brien’s horse looks untapped and I think Paddy Payne’s horse looks very good too. Any one of those would be deserved winners, but I hope they don’t, I hope it is one of ours,” Busuttin said.

Albarado has been installed a $7 third-favourite for the Derby, behind fellow Kiwi-bred Young Werther ($3.60) and Cherry Tortini ($5).

Busuttin will also line-up Wertheimer and he believes the Tavistock gelding is a lot more talented than his form line reads. He has won one of his five career starts and finished unplaced in the Group 1 Spring Champion Stakes (2000m) at Randwick last start. “If you look at Wertheimer you would say ‘what is he doing running, his form looks terrible’,” Busuttin said. “But his last two runs in Melbourne were very good. He probably should have won the 1800m race at Flemington. He went up to Sydney and got on the wrong leg, it was just a disaster. It wasn’t a true indication of the horse’s ability.”

Busuttin has taken a lot of confidence out of Cherry Tortoni’s Group 2 Golf Vase (2040m) victory at Moonee Valley last Saturday after his unplaced run in the Spring Champion Stakes. “We took a bit of hope out of Paddy Payne’s horse running similar up in Sydney and turned that form around,” Busuttin said. “But it (Spring Champion Stakes) served its purpose. He has had a good run over 2000m and he will present rock-hard fit (on Saturday). “He won’t disgrace himself. I think he can run very well. If the track happens to be wet he would grow another leg.”

Meanwhile, on Saturday Busuttin will also be keeping a close eye on Rosehill where Sierra Sue has drawn the ace barrier in the A$7.5 million Golden Eagle (1500m). The daughter of Darci Brahma has won both of her starts this preparation, including a last start victory in the Group 2 Kingston Stakes (1400m) at Flemington.

With a deluge of rain forecast in the lead-up to Saturday, Busuttin’s only concern is a heavy track. Sierra Sue has yet to race on a heavy surface, however, she acquitted herself well in a trial at Cranbourne on a rain-affected track so Busuttin is hoping it won’t be an issue. “She has won two races on Soft7’s, but it (heavy track) is a different ball game. Pedigree-wise I think she is bred to get through it,” Busuttin said.

“She has trialled up on a wet track at Cranbourne and got through it well on a genuine heavy track. “She does have a bit of turn of foot so usually when they are that type of horse they struggle on a wet track, but my gut feeling is she will get through it and there are seven million reasons to find out if she will.”