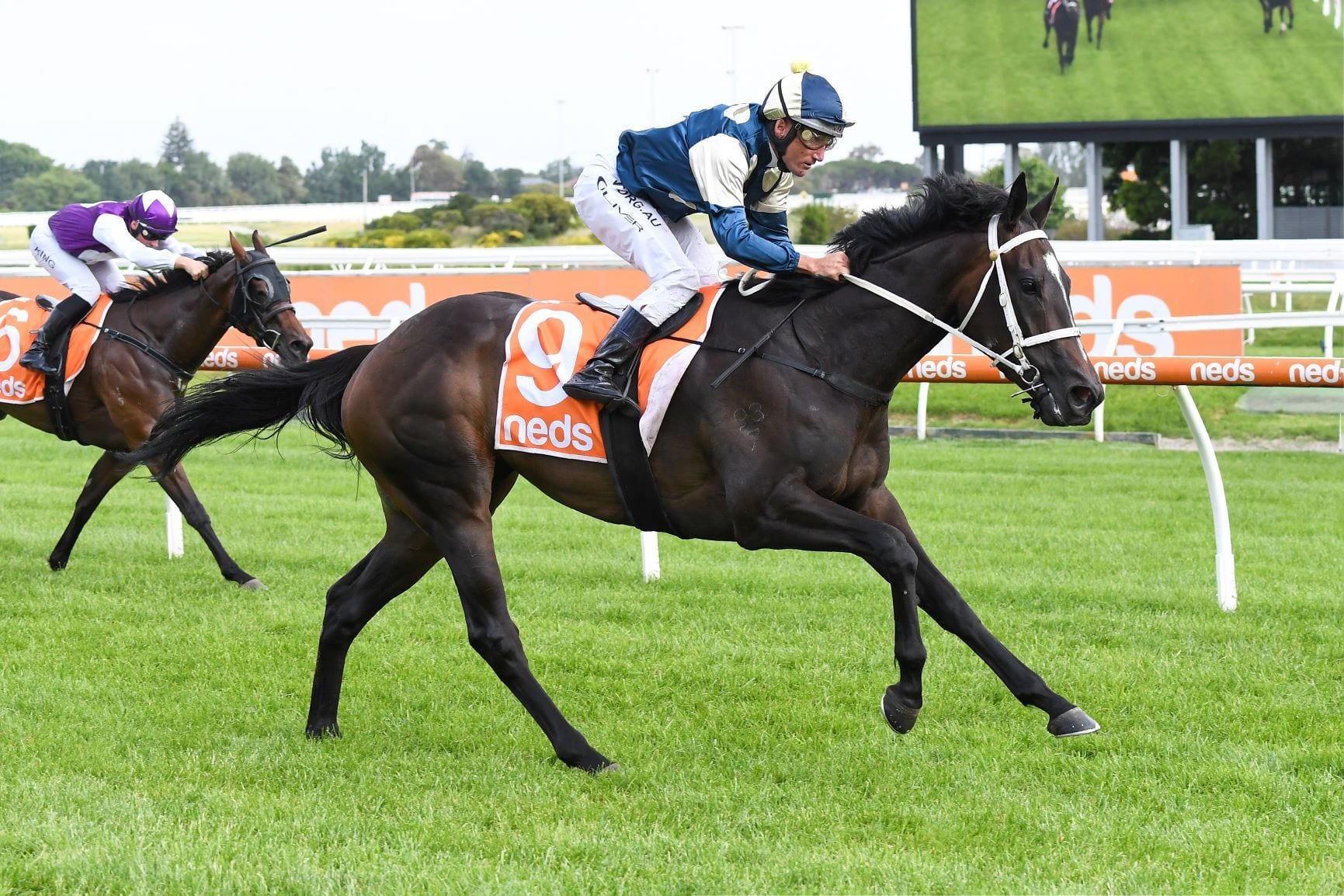 Cranbourne trainer Trent Busuttin is looking forward to the autumn with a number of New Zealand-breds, particularly three-year-old filly Impecunious. The Kiwi import has won her only start in Australia when victorious at Caulfield over 1200m last month.

She is back in the stable following a brief let-up after being kicked by another horse behind the barriers at Caulfield on January 2 and Busuttin, who trains in partnership with Natalie Young, is eyeing some big targets with the daughter of Sacred Falls.

“The filly we are most excited about, Impecunious, had that mishap behind the gates at Caulfield, but the plan was to go out for two weeks after that race anyway,” Busuttin told SEN Track Radio. “We got her fully vetted and x-rayed and there were no subsequent issues where she got kicked.

“She is now back in the stable and looks great and I am hoping she will be our flagship three-year-old for the autumn.”

Impecunious was initially trained in New Zealand by Michael and Matthew Pitman, for whom she placed on debut before winning over 1000m at Riccarton in her final appearance on home soil.

Busuttin is also excited about the prospects of fellow Kiwi-bred Sierra Sue. The Group 2 winner finished 12th in the Golden Eagle (1500m) last start and Busuttin said she didn’t appreciate the Heavy9 track conditions at Rosehill. “As racing goes, things didn’t work out in the Golden Eagle,” he said.

“I was fairly confident she would get through a wet track, but not as heavy as it turned out. “She has come back enormous. The Coolmore Classic (Group 1, 1500m) is something we will be aiming for and she will hold nominations for the Doncaster (Group 1, 1600m) and the All-Star Mile (1600m).”

Busuttin has also been pleased with the way Savabeel colt Albarado has returned to the stable after the Group 3 winner’s seventh-placing in the Group 1 Victoria Derby (2500m) in November.