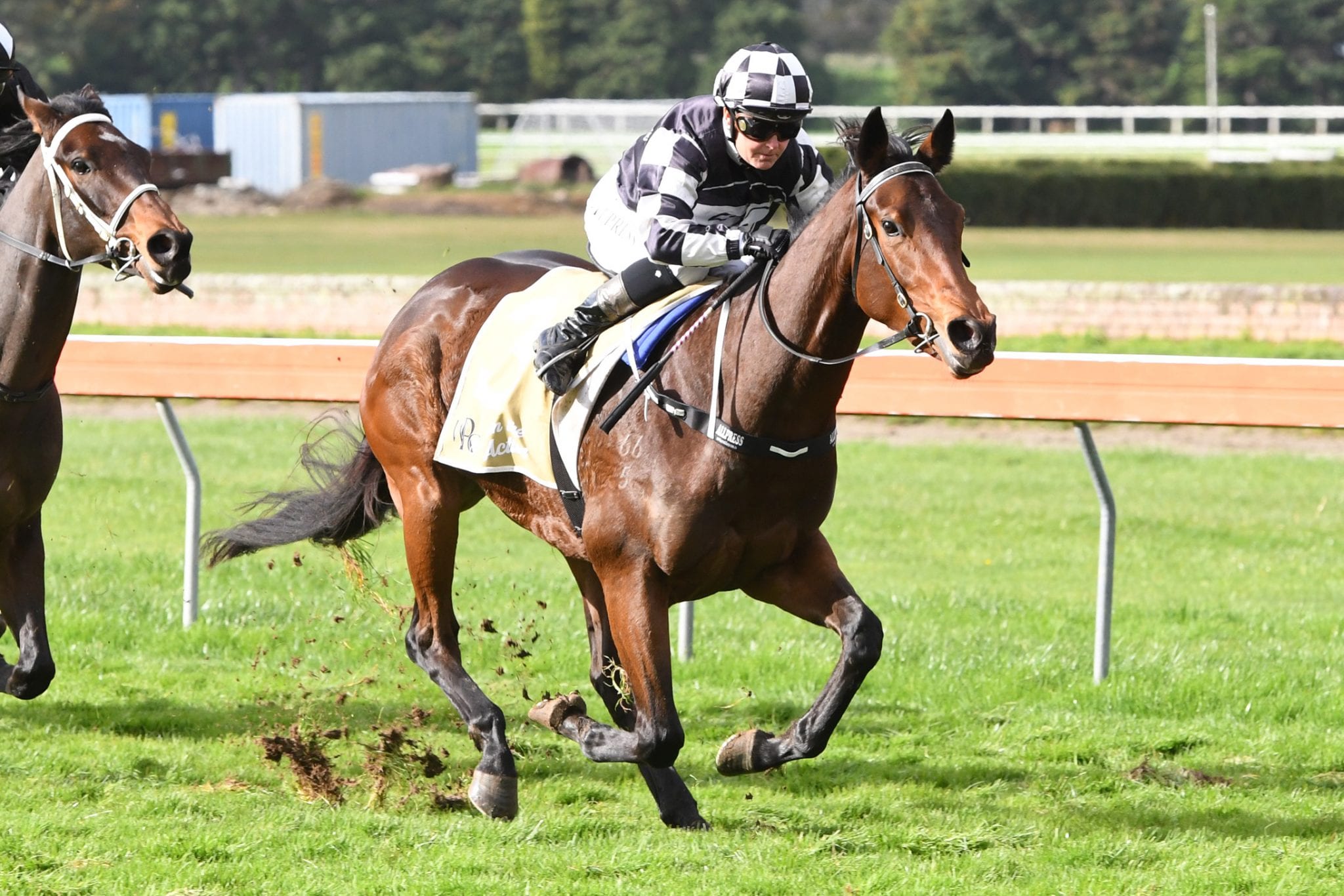 New Plymouth trainer Allan Sharrock has plenty of talent to unleash on his home track on Saturday, among the highlights the return of stakes performers Art Deco and Tutta La Classe.

However, the most exciting talent produced from his stable at the meeting could be apprentice Hazel Schofer, the 20-year-old jockey set to make her raceday debut. “I’ve got five in and she’s on four of them,” Sharrock said. “I really think a lot of her. She’s shown a heap of ability. She uses the left-hand well with the whip and she’s a mature apprentice. “We kicked Wiremu (Pinn) off this day last year and he got two up. I’ve earmarked this day for Hazel for some time.

Three of her rides will probably start favourite so she’s getting the right opportunity. But whatever happens Saturday, she’s got a bright future. “She rides down to 52 or 53 kilos at this stage so she’s going to be in demand through the winter from trainers wanting to get four (kilograms) off those horses at 59 and 60kg at the top of the handicaps. ‘We gave Billy (Pinn) seven this day last year and he was a wreck at the end of it so four is enough for Hazel to start off with on Saturday. She’s going to develop into a really polished rider and it will be good to get her underway.”

Schofer will have her first ride in race two, the Hirepool 1200, aboard debutant Tavi Mac, a Tavistock three-year-old gelding who won a trial at Foxton last month, before teaming up with Tutta La Classe in the third, the Kiwi Butcher 1200, Art Deco in the fourth, the Landmark Homes 1200, and Collinstreet in the last race, the Seaton Park 1800. “Tavi Mac is a half-brother to Darci Mac out of Bellaroof and that family all run. He’s won a trial and he should be competitive from a sticky draw,” Sharrock said.

Art Deco was progressing well for her first race of the winter according to Sharrock, having finished second in three leadup trials but was still not quite ready to tackle Saturday’s Listed ISCL Rotorua Stakes (1400m) further north. “There’s 20mm of rain forecast tonight which would probably bring both Art Deco and Tutta La Classe right into favour. I’m happy with both horses. They’ve trialled well and they are both forward enough to be winning if things go their way,” Sharrock said. “Art Deco probably needs the rain to be really competitive. She’ll probably follow the fillies and mares weight-for-age races and head to Tauranga for the Listed race there. Rotorua just came up a bit soon.

“Tutta La Classe is a quality filly and she’s still only rated 67 so she can go through the grades. Those Listed weight-for-age fillies and mares races, she’d only get two kilos off horses like Art Deco so she can hold off and wait for those next year.” Sharrock suggested a three-year-old 1400m race on Opunake Cup (1400m) day at New Plymouth on July 20 looked a suitable long-range target for Tutta La Classe and stakes- winning stablemate London Express, a winner at Trentham last weekend, while Art Deco could tackle the Cup that day if she progressed well from the Listed The Ultimate Ford And Mazda Tauranga Classic (1400m) on June 22.

He also expected bold runs on Saturday from Collinstreet and Lady Style, to be ridden by Dylan Turner. “Collinstreet has got to be hard to beat. He went super at Trentham last time and he’s flown through that race. And Lady Style is going well. She’s come on with that first run at Ellerslie and she should be competitive too.”