Sharrock’s little battler on a Group One path 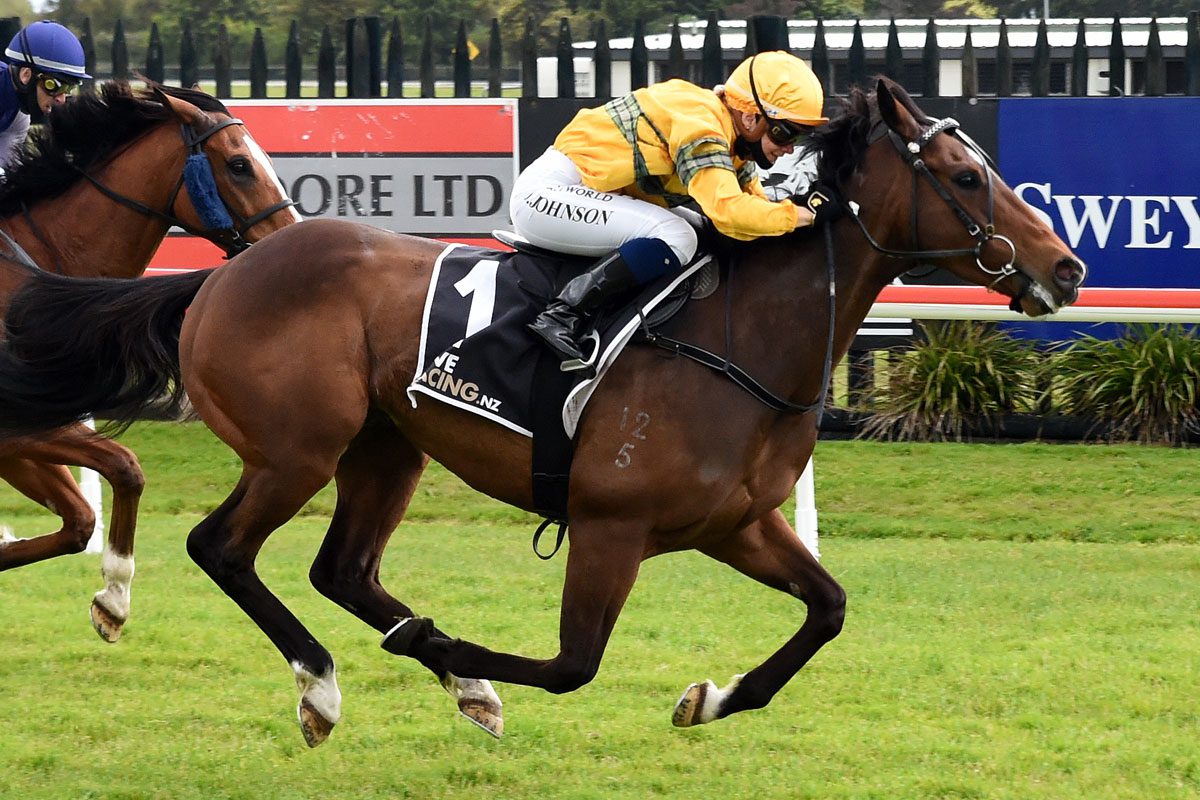 Allan Sharrock is full of admiration for his pint-sized equine prize fighter Tavi Mac, who continues to punch well above his weight as he heads toward the biggest challenge of his career in a fortnight’s time.

The New Plymouth trainer is keen on a crack at the Group 1 Captain Cook Stakes (1600m) with his diminutive six-year-old, who hasn’t let his lack of stature impede his progress.

The son of Tavistock is a multiple black-type winner and he will bid to add to his record when he runs in Saturday’s Group 2 Gartshore Tauranga Stakes (1600m), in which he will take on his genuine stablemate Justaskme.

“Tavi Mac’s got a cult following because of his size and his sway back and his tenacity is unbelievable,” said Sharrock, who has been happy to be proved wrong by the gallant gelding.

“I used to keep walking past his stable door saying you can’t make it, but he’s kept poking his head out saying I will, and he has.

“He’s a real character and in all honesty, he’s a Group Two horse but on the right day he could win a Group One.”

Tavi Mac landed the Group 3 Sweynesse Stakes (1215m) at Rotorua two runs back before he got it all wrong in the Redcraze Bowl (1400m) at Awapuni where he over-raced, but Sharrock is confident he can redeem himself.

“He pulled himself into the ground and didn’t go as it should, but his work since has been really super,” he said.

“The main aim this prep is the Captain Cook and he’s a nuggety wee fellow so I couldn’t have gone a month between runs and straight into a mile.

“That’s the reason I took the option of the 1400 metre race the other day, but it didn’t work out so we’re up in trip now and then two weeks into the Captain Cook.”

Tavi Mac will be partnered by apprentice Hazel Schofer, who has ridden the horse six times for five wins, while Sam O’Malley will take the reins aboard Justaskme.

“I couldn’t be happier with his work and obviously I’ve increased it as it’s his first go at a mile. The two horses have been working together and he’s had the edge on the other one,” Sharrock said.

“Justaskme has always been a poor trackworker though, so it’s not easy to get a line on the two of them.

“If there was to be a bit of rain to fall then it would suit Justaskme, although Tavi Mac can also cope with wet ground so I’ve got a dollar each way.”

Justaskme, who also has the Captain Cook on his program, was a game last-start runner-up in the Group 3 Thompson Handicap (1600m) at Trentham where he carried topweight and conceded seven kilos to the winner Cheaperthandivorce.

“At least this is weight-for-age and he hasn’t got 60kg and the others 53kg, that made it hard for him,” Sharrock said.