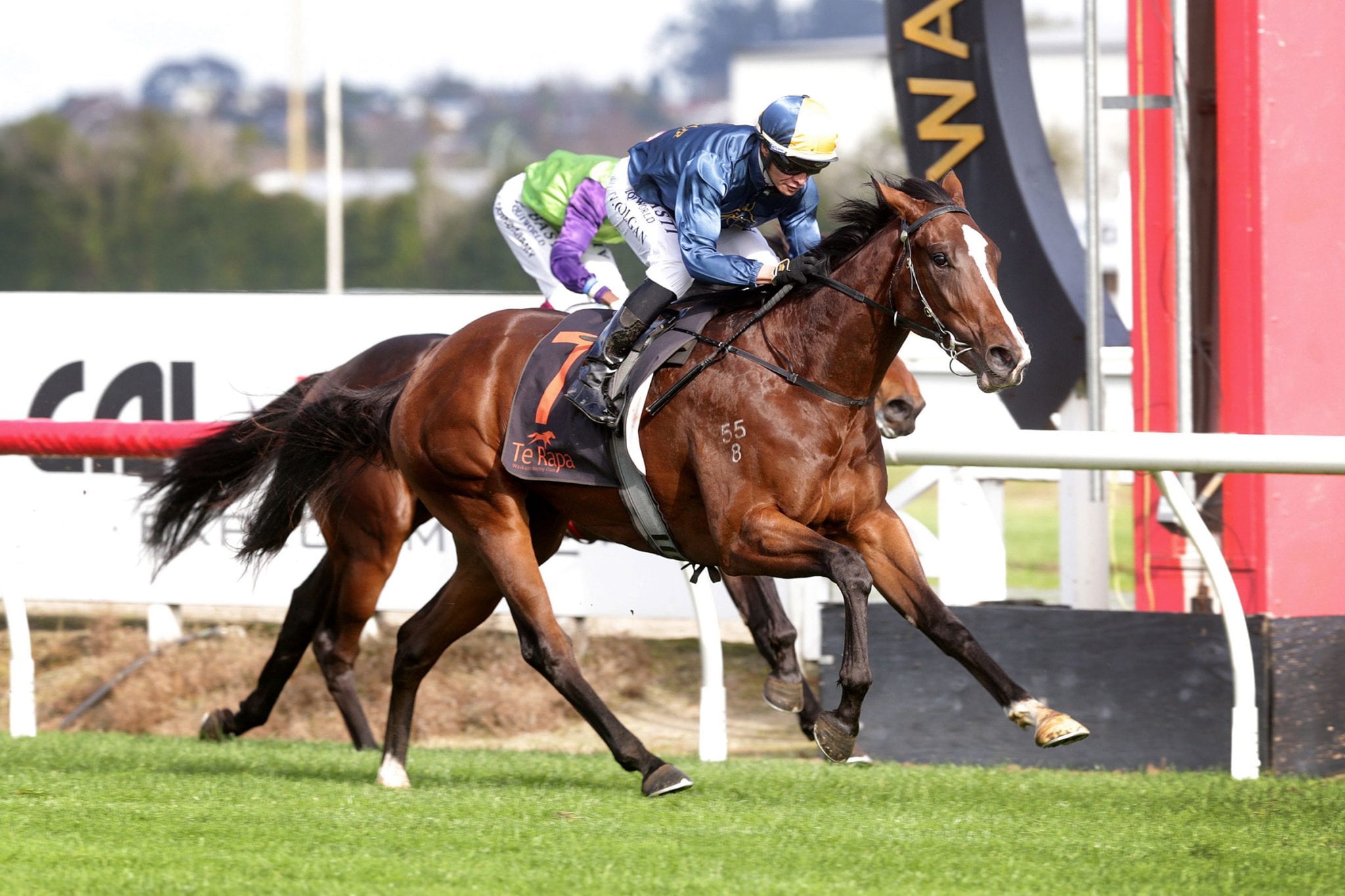 Promising New Zealand two-year-old Mustang Valley justified some heavy support from punters when she cruised to victory over 1200m at Te Rapa on Saturday.

The Murray Baker and Andrew Forsman-trained filly was sent out a warm favourite (+140) after finishing an eye-catching second on debut at Matamata last month, which was followed up by a late closing run for fourth in stakes company at Ellerslie.

Carrying the colours of her breeder and part-owner, Windsor Park Stud, the daughter of their resident stallion Vanbrugh enjoyed a soft run in midfield for rider Vinnie Colgan before issuing an irresistible challenge at the 200m which carried her to a comprehensive one and three quarter-length victory over pacemaker Riverplate.

Forsman was delighted to secure the win with the filly who he believes will develop into a high-class three-year-old in her next preparation.

“She has always looked a promising filly but not really a natural two-year-old,” he said.

“If you watch the replay Vinnie had to drive her out early to get a position so I would expect that a spell now will do her the world of good.

“She can go to the paddock for a short break and then I would think we will start getting her ready for some of those better three-year-old races in the spring.

“She has a big, strong action and is quite physically mature for her age, but when she does strengthen up fully, she will be a very handy horse.”

The victory also brought up a milestone for Windsor Park Stud as the filly is the first winner for multiple stakes winner Vanbrugh.

Mustang Valley is from the first crop of the Group 1 Spring Champion Stakes (2000m) winner, who commenced duties at Windsor Park in 2017.

“That was very exciting as she had shown good ability in her first two starts and she put them away liked we hoped she would today,” Windsor Park stud master Rodney Schick said.

“It is fantastic to get a two-year-old winner for Vanbrugh as he won his two-year-old debut at Randwick and then went on to be a three-year-old Group One winner, so he was a genuinely classy individual.

“It would be fair to say that he hasn’t really had the numbers we were hoping for in his first couple of seasons at stud, but there is some nice word on the ones he has in work and to see a quality filly like this come through can only be good for him.

“I’m also delighted for the other owners in her as they are a really good bunch and I’m sure we are going to have a lot of fun with this filly.”