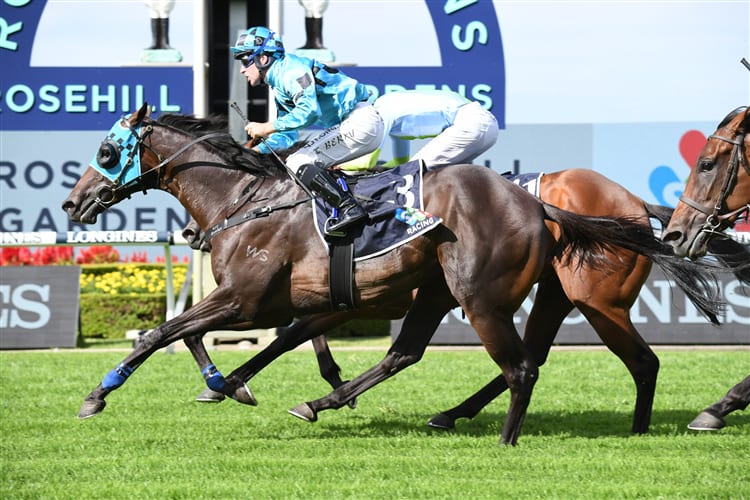 Annabel Neasham has landed an important milestone in her training career with Mo’Unga providing the Warwick Farm-based horsewoman her first Group 1 winner.

Granted her licence at the start of the season, Neasham’s training career has been on an upward spiral since her first runner at Scone last August.

But nothing will compare with Mo’unga’s victory in the Group 1 Rosehill Guineas (2000m) on Saturday.

Under the guidance of Tommy Berry, Mo’unga, the +190 favourite, raced to a long-head victory from Sky Lab (+1200) with Montefilia (+600) three-quarters-of-a-length away third.

Neasham came from the UK to Australia and initially worked for Gai Waterhouse before joining Ciaron Maher where she headed the Sydney stable for two seasons before branching out on her own.

And one of the first to congratulate Neasham on her maiden Group 1 victory was Maher who has often been a sounding board for the new trainer.

“Ciaron’s been unbelievable I have to thank him, I’ve learnt so much off him,” Neasham said.

“He’s been a great mentor to me and he gave me such a good start.

“He’s still always there on the end of the phone if I need him.”

Neasham described her breakthrough victory as unbelievable and found it hard to put it all into words.

She did admit to concerns with how far back in the run Mo’unga was.

“He’s always a horse that is sort of mid-field and I thought he might end up a pair further forward than he was,” Neasham said.

“I was worried that he was spotting the leader way too far, but he (Berry) knew what he was sitting on.

“But that straight took a long time to watch.”

Berry said Neasham does an incredible job with her horses while also praising his father, John, who is a foreman in the stable.

“To be in her first year of training and to put up with that sort of pressure,” Berry said.

“She’s such a good person to work with. My father is foreman for Annabel as well so well done dad, and I know he does a lot of work with this horse.”