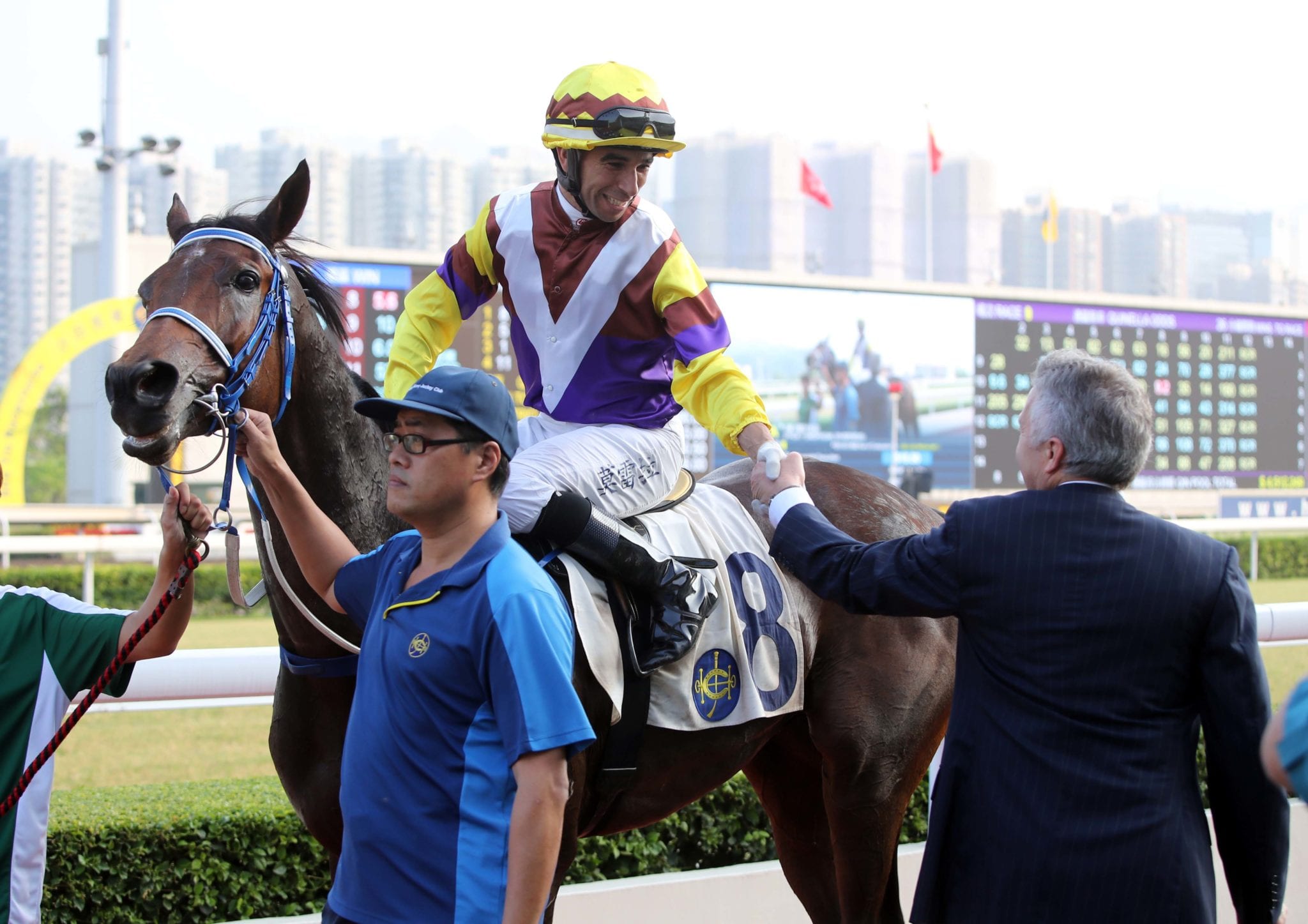 And the three-time Hong Kong champion jockey made it three when the David Ferraris-trained Bear Slam took the Class 3 Zhuhai Handicap (1650m). That was the British Listed winner’s first local success at the 13th attempt.

“I thought, looking at the field, if he couldn’t win this I’d be very disappointed. He had the gate, everything was in his favour and he had Moreira on, so we’re all very happy,” Ferraris said.

Moreira was out of luck in the Class 3 Guangzhou Handicap (1200m). The Brazilian kicked for home on the Jimmy Ting-trained Aquila (115lb) but Regan Bayliss delivered the Manfred Man-trained Mr Wealth (124lb) with a late run to edge it by a neck.

That took Bayliss to two wins this term, two months into his current four-month contract.

The Caspar Fownes-trained Seven Heavens (133lb) finally got his head in front at the 20th try thanks to Blake Shinn’s late delivery to win section one of the Class 3 Guangzhou Handicap (1200m) by a head from Utopia Life (120lb).

Alberto Sanna followed a midweek double at the Valley with a sixth win of the campaign aboard the Douglas Whyte-trained Chater Thunder. The Hong Kong International Sale graduate had to grind under a Sanna drive to overhaul long-time leader Winning Circle in the last stride of the Class 5 Huizhou Handicap (1650m).

Michael Chang moved to two wins for the season when Van Niekerk drove the trainer’s Star Superior to a three-quarter-length win in section one of the Class 4 Shenzhen Handicap (1200m).

Trainer Peter Ho and jockey Dylan Mo teamed up to take the opener, the Class 5 Dongguan Handicap (1200m), with Rochford.