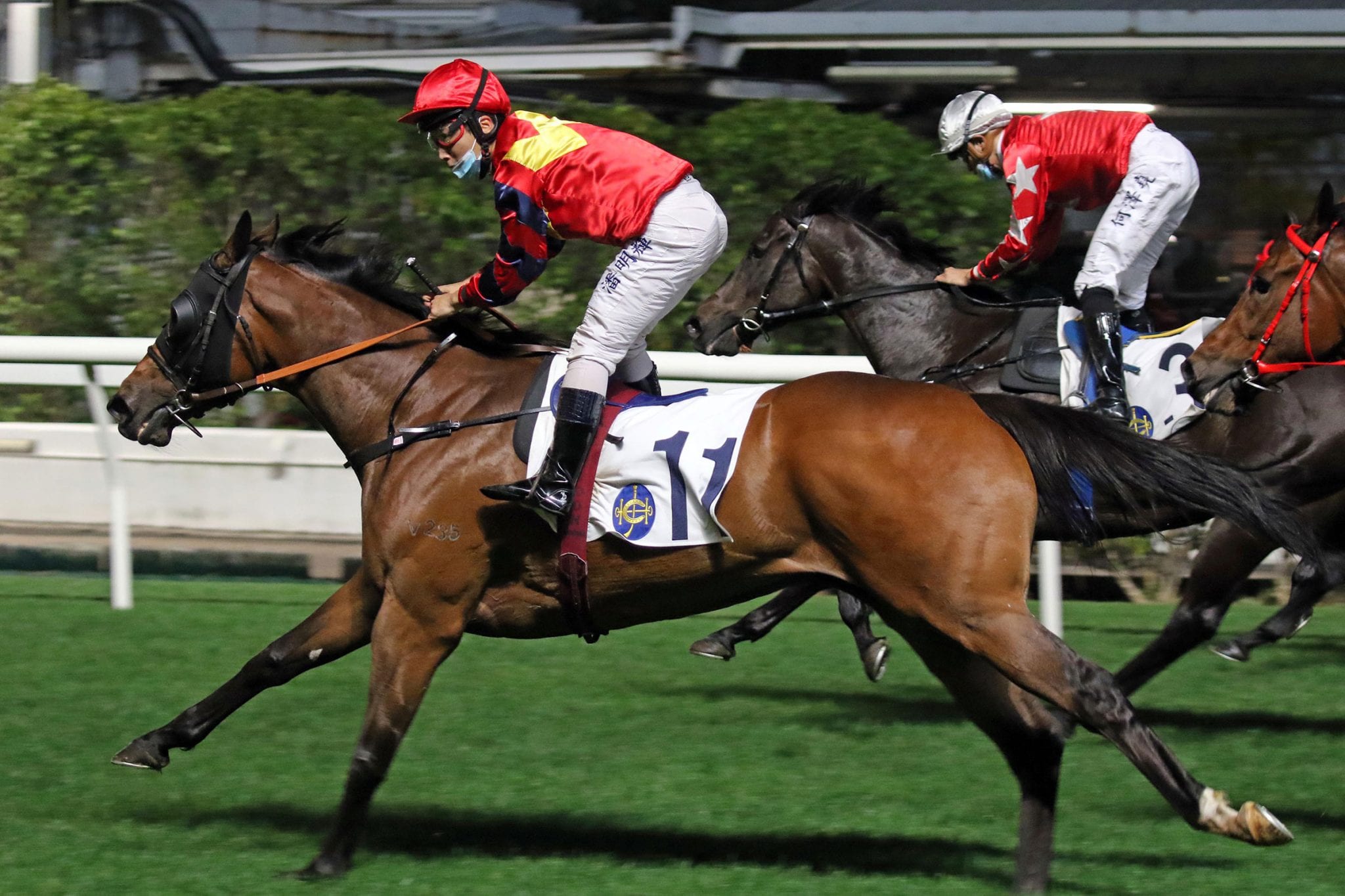 Feted as a cult horse – and Facebook hero – after 17 minor placings (11 seconds and six thirds) from his previous 48 outings in Hong Kong, Travel Datuk narrowly claimed the Class 4 Chatham Handicap (1000m) after a promising career opening in Ireland, where he raced as Rockaway Valley for John Harrington.

Sold to Hong Kong after placing at Group 3 level and running fifth in the Group 1 Phoenix Stakes (1200m) at The Curragh in 2015, Travel Datuk took his earnings to HK$4.27 million long after being decried as a non-winner.

Travel Datuk actually won a Maiden as a two-year-old in Ireland in 2015, but had proved eternally frustrating in his new surroundings – albeit with a growing profile.

“Actually, he became a very popular horse this season. Many fans contacted us on Facebook, he’s a brave, very consistent horse, always tries his best – and for some reason, today was his day,” Gibson said of the eight-year-old.

“I do not know why he chose today, but congratulations to Matthew (Poon). He made the difference.

“He always tries his best, but not used to winning. He’s been very consistent and sometimes that’s how it goes in racing – it’s a great credit to the horse, he kept himself in good shape and today was the day.”

Gibson indicated the eight-year-old’s competitive limitations did not detract from the horse’s generous nature and popularity.

“I think I will remember him for his defeats and these are not things for a trainer that you are proud of – the defeats. You are more celebrating of the wins.

“So, we’ll take today. You never know. Now he’s won once, who knows next time?

“I didn’t think he was going to make it (win), actually. It’s not a record a trainer is very proud of but he’s been very consistent this year and a lot of fun.

“It’s funny – these horses, once they get their nose in front, they tend to do it another time.”

Following in a similar vein, the David Ferraris-trained Xiang Bai Qi saluted in the following event – the Class 3 Bulkeley Handicap (1800m) – to register his second win in 35 outings.

Partnered by Karis Teetan, the Azamour gelding posted his first victory since 30 October, 2019.

Wind N Grass restored something approaching normality with his second win in a week for John Size and Teetan in the second section of the Class 3 Baker Handicap (1200m) as the Lawman gelding lugged 133lb to post his third Hong Kong success – all over 1200m.

Beautifully ridden by Joao Moreira, the Sidestep gelding has flourished after a trip to Conghua, according to Lui.

“It was a good run and he was more behaved and under control,” Lui said. “We teach him and we sent him to Conghua and get him to forget some of the bad habits.

Zac Purton continued a phenomenal week with victory on Fantastic Fabio in the Class 5 Wuhu Handicap (1200m) for Dennis Yip before Derek Leung combined with Manfred Man and Hero Star to land the first section of the Class 4 Gillies Handicap (1200m).

The reigning champion jockey, Purton has ridden nine winners at the past three meetings and has figured in eight wins with Yip for the 2020/21 season, while Leung posted his eighth win from the past 11 meetings and his 25th winner for the term.

Blake Shinn praised Casper Fownes after Tangmere proved his class with a powerful win in the second section of the Class 4 Po Loi Handicap (1650m).

The Frankel gelding was given time to settle by the Melbourne Cup-winning jockey as Shinn tracked Moreira on race favourite Shanghai Grace before edging into clear running approaching the straight.

“It was a strong win, he was the class runner of the race, carrying 133 pounds but he was dropping back in class,” Shinn said.

“He got the job done nicely – it means a lot for me to ride a winner for Casper. He’s just kept throwing me a decent ride here and there and he’s been a solid supporter from day one. It’s nice to get a winner for him and hopefully keep the ball rolling.”

Stay Chill claimed the first section of the Class 4 Po Loi Handicap (1650m), prevailing by a short head for Vincent Ho and Chris So over a much-improved Rainbow Light and veteran Thunder Stomp.

Matthew Poon completed a memorable night with a double by guiding Shouson to slender victory in the first section of the Class 3 Baker Handicap (1200m) for Tony Millard.