Moreira lands a treble thanks to Le Terroir 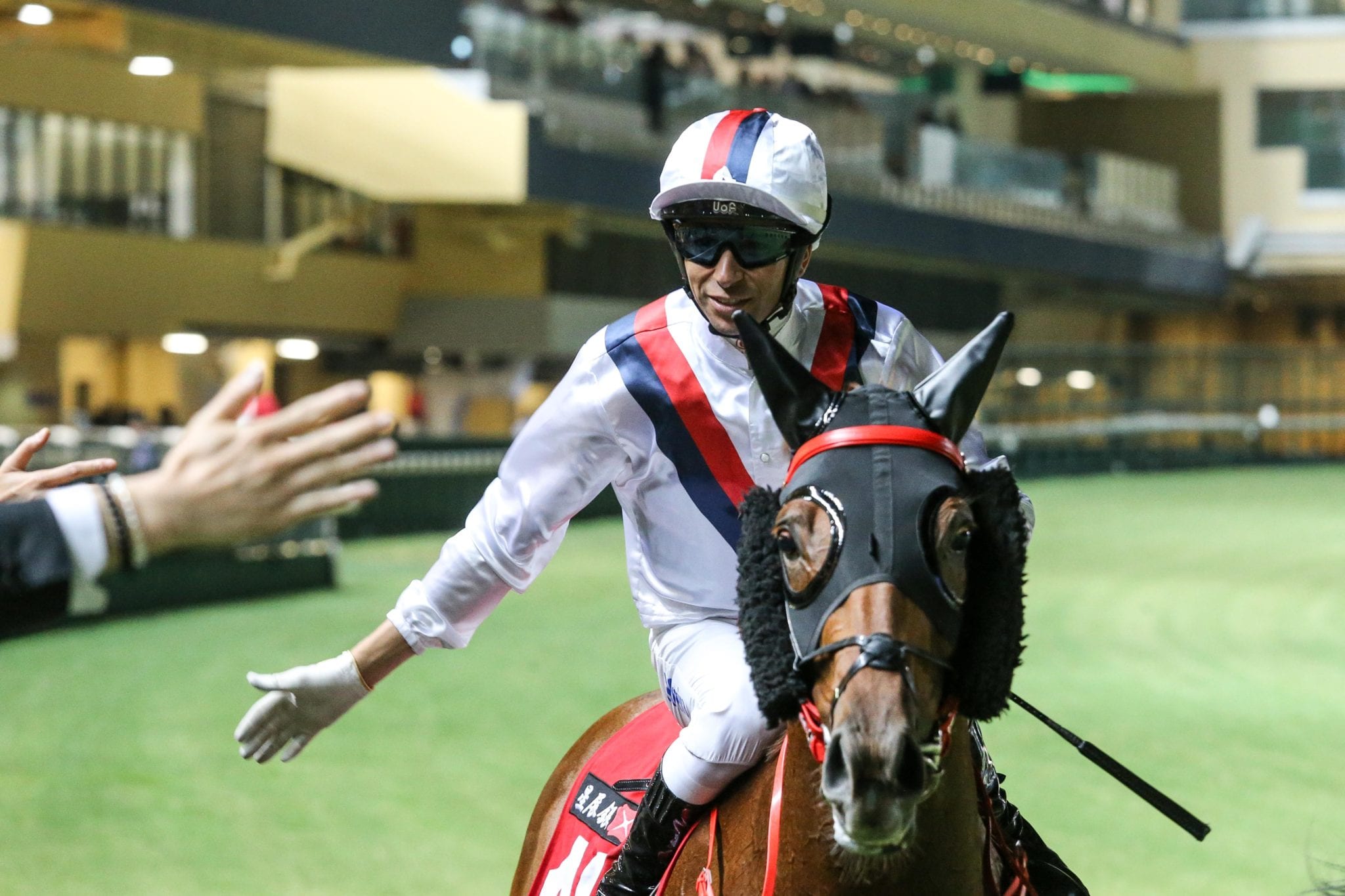 A treble at Happy Valley last night (Wednesday, 25 September) saw Joao Moreira hit double figures for the season, the first rider to reach that minor marker in what is already shaping to be a hard fought and enthralling tussle for the jockeys’ premiership.

“I’m trying my best and I’m making the most of every opportunity I’m being given. I don’t think that’s it, I think there are more winners to come and I will keep on doing my best,” Moreira said.

The three-time champion left the season’s sixth fixture with 10 wins on the board, one more than last season’s champ Zac Purton and two ahead of the in-form Karis Teetan.

Moreira wrapped up his three-timer in the night’s ninth and final contest, the Class 3 Yip Fat Handicap (1200m), on the Peter Ho-trained Le Terroir (116lb). The gelding carried Purton to two wins last term but Moreira revealed that he had long coveted the ride on the Star Witness gelding.

“I’ve been watching him very closely and I’d never been on him in a race before but it was great to be on him when he was ready to do that,” he said after Le Terroir had shrugged off the Purton-ridden race favourite Reliable Team (124lb) and surged away to a two and three quarter-length success.

“I knew that if I had a soft lead in front I was always going to win. He’s a nice horse and he’s going forward,” the Brazilian continued.

“It helped that Peter gave me the chance to get on him for a gallop some time ago, I jumped him out of the gate on the back straight at Sha Tin and that helped me to understand a bit about him – he’s not an easy horse to ride. He can be a bit cranky and actually he was cranky when I jumped him out that morning at the 1800m. Today, I was able to get his mind focused and he travelled very nicely in front.

“I’m very thankful for the support trainers and owners have been giving me.”

Purton’s ninth win of the term came in the Class 5 Island Handicap (1200m), thanks to a smooth run on the Manfred Man-trained Compassion Star.

Teetan kicked on from a weekend five-timer and collected another win for his running tally, this time aboard the Tony Cruz-trained Dream Warriors in the Class 4 Nam Fung Handicap (1800m).

Moreira opened his account on Shamport who came in off a Conghua prep to take the laurels in the Class 4 Wong Chuk Hang Handicap (1200m). Caspar Fownes’ charge bagged his first Hong Kong win at the 18th attempt.

Ricky Yiu’s charge debuted back in February and ended his maiden term with four runs without troubling the judge. But with a summer on his back, the Denman four-year-old displayed a new-found maturity to win by a length and a half.

“He beat them comfortably,” Yiu said. “He’s more mentally mature, he easily gets nervous but this time he was more relaxed and kind.

“I think he has plenty of improvement: as he relaxes and learns more from racing I think there should be upside. I think he’ll get 1400 metres maximum.”

Yiu collected a brace of his own when the Matthew Chadwick-ridden Gentle Breeze carried the colours of the trainer’s world champion sprinter Sacred Kingdom to success in the Class 3 Shum Wan Handicap (1000m).

The Sin Kang-yuk-owned five-year-old holds the Class 4 record over the Valley’s 1000m and nailed his third course and distance win, his first in the grade above.

“He’s an improving horse and he had a light weight. He’s very versatile too: he’s effective down the straight at Sha Tin. And he was a cheapie, just 100,000 Aussie (dollars) as a yearling!”