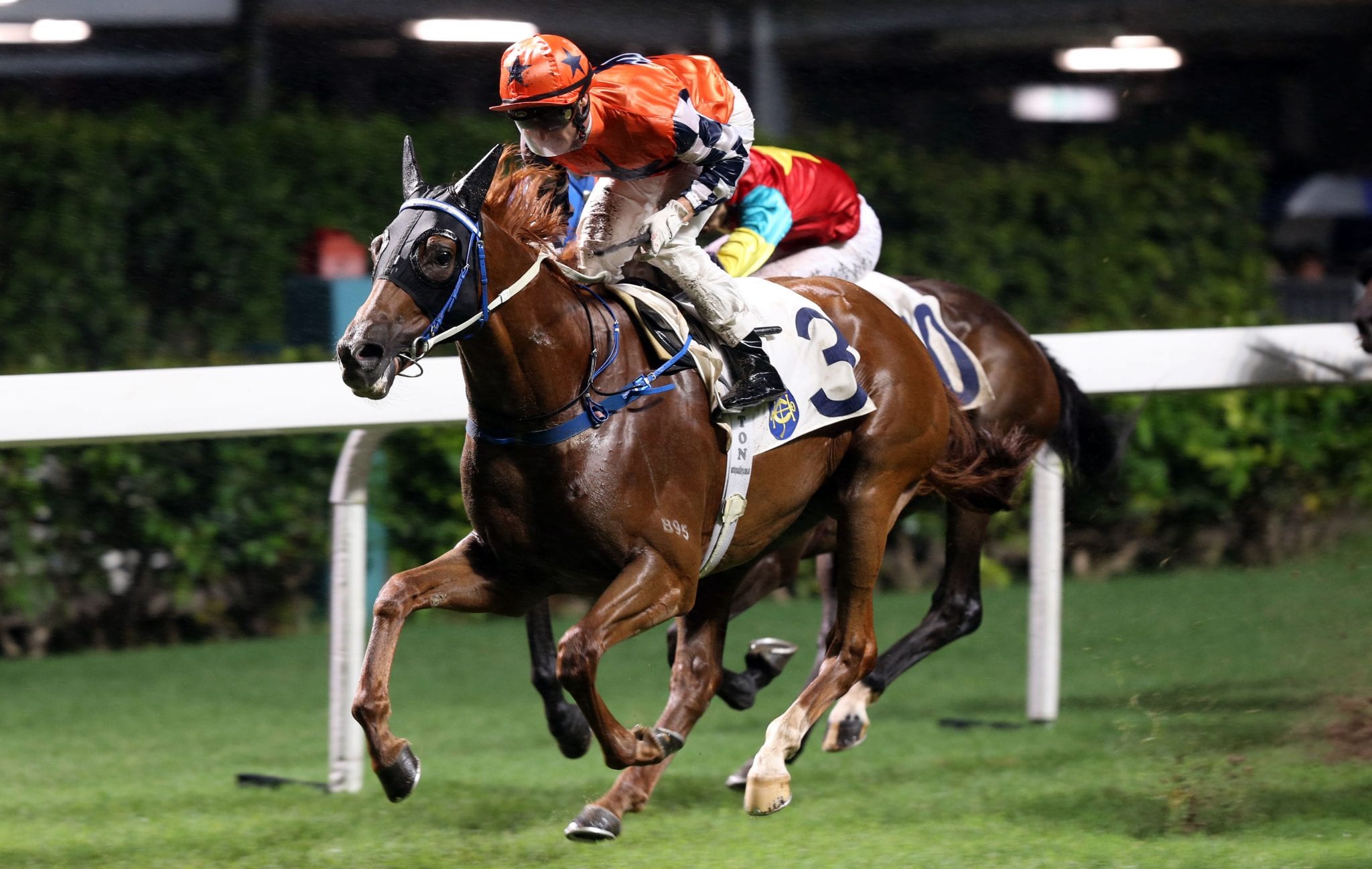 Joao Moreira’s quartet at Happy Valley tonight (Wednesday, 29 May) took him to 73 wins for the term. Ahead of him in the premiership, careering towards a third championship of his own, Zac Purton ended the night on 134, thanks to a double.

That figure looked in peril with three races remaining on the card, with Purton having increased his total to within HK$142,163. But fourth place in the nightcap left the Australian still needing HK$59,363, a sum he will surely pocket during Sunday’s 11-race Sha Tin fixture.

The champ did take home an over-sized bottle of Chateau d’Arche after a canny mid-race move fired Perfect To Play to victory in the night’s trophy contest, the Class 4 Sauternes Cup Handicap (1650m).

“Zac has a clock in his head, he knows,” winning trainer Caspar Fownes said. “The horse is a bit of a quirky boy but we’ve got him racing really well, which is all you can ask for.

“He’s going to go up into Class 3 with a low weight so we’ll get Vincent (Ho) back on him. He’s done his job already but that’s the big test, if they can go up in class and down in weight and still show you something then you’re a chance to snag another race.

“He’s shown he’s handled the bit of sting out of the track. In the next six weeks we should have a few a tracks where there’s going to be a bit of give in it, so we’re alright.”

That success for Purton followed his win on the Peter Ho-trained Le Terroir, 1.3 favourite in the Class 4 Ho Chung River Handicap (1200m).