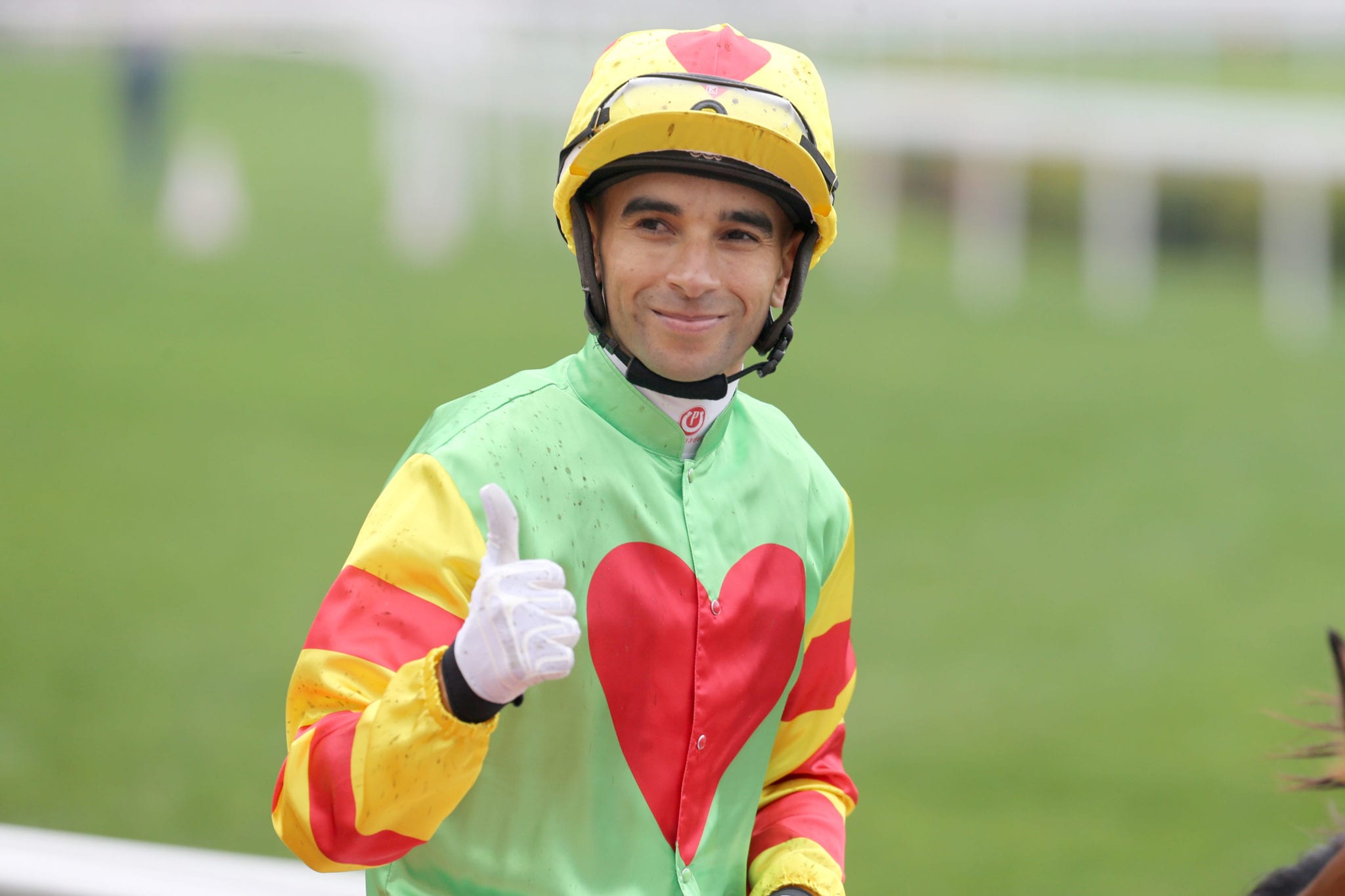 Joao Moreira knows he needs to turn up the heat and emerge firing from a rare cold spell if he’s to claw back a five-win deficit in the Hong Kong jockeys’ championship.

The Brazilian ace goes into Sunday’s (7 June) 10-race card at Sha Tin with nine rides against rival Zac Purton’s eight but having failed, for the first time this season, to pocket a single win at two consecutive fixtures.

That, for Moreira, amounts to a biblical drought. The three-time champion admits to “frustration” but his upbeat approach remains. Doubting is not in his make-up.

“I haven’t been able to produce winners lately but I don’t think people should doubt my capability as a jockey to win races,” he said, knowing that while he has gone 22 rides without a win, Purton has won three from his last 19 to hold a 128-123 lead.

“It doesn’t add pressure but it adds frustration – something I must have done wrong, and obviously I’m going to try to work around it,” Moreira said.

“I’m a winner, I love winning races and when I don’t it gets on my mind and gets me to rethink what I’ve done and try to change it. When I didn’t ride winners at the last two race meetings, that (widening of the gap) was going to happen; Zac is very consistent, he’s a very good jockey and he was always going to keep on ticking winners, as he did.”

Moreira is looking to this weekend as something of a reboot.

“It’s a matter of time until I start kicking winners and hopefully this weekend is the time,” he said.

“I think my rides this weekend are much better than the previous two race meetings – I’m looking forward to those rides, I think they’re going to raise my motivation and make the championship even more interesting.”

Moreira has led the title race for most of the campaign and put a 12-win lead on Purton mid-season. After vying neck and neck in recent weeks, a one-day suspension and those two blank returns have left him with 11 meetings to chase down his opponent.

A contributing factor to Moreira’s inability to surge on towards an emphatic total, is the lower than usual win tally of his key ally, John Size. But jockey and trainer will team three times on Sunday, with Leap Of Faith, Heza Beauty and the consistent Monkey Jewellery, third in his last three races.

“Since Monkey Jewellery dropped from Class 3 to Class 4 he’s been running places against some really nice horses so I’m quite confident he’s going to produce a good run again,” Moreira said of his mount in section one of the Class 4 Po Tin Handicap (1200m).

“He ran a very good race in particular last start. I had to use him in the early part of the race to get in and we ran out of energy at the end of the race; I still think that was a good performance and if he brings that kind of performance once again, he’ll be a winning chance.”

The five-year-old’s last three starts were at Happy Valley over 1200m but his two Hong Kong wins came over the course and distance, both under Moreira.

“His wins were here at Sha Tin, so his form indicates he goes better here. I love when horses go over to Happy Valley; it’s a racecourse that toughens them up a bit and I think that’s going to do this guy in particular a lot of good.”

The afternoon’s finale is the Class 2 Butterfly Handicap (1400m) in which Antoine Hamelin will attempt to help the Ricky Yiu-trained Glorious Spectrum gain an elusive win. The gelding is still a maiden in Hong Kong and has placed runner-up in four of his last five outings.

“I’ve been second two times on him and I’m very happy to ride him again. I hope he’ll run really good and have a chance for first place,” the Frenchman said.

“We’re drawn seven, that’s okay for him and I have a good feeling about this race for him.

I don’t know the plan yet but probably sit midfield with cover, if the pace is normal he should be able to finish very fast.”