Moreira Booked For Constantinople In Cup 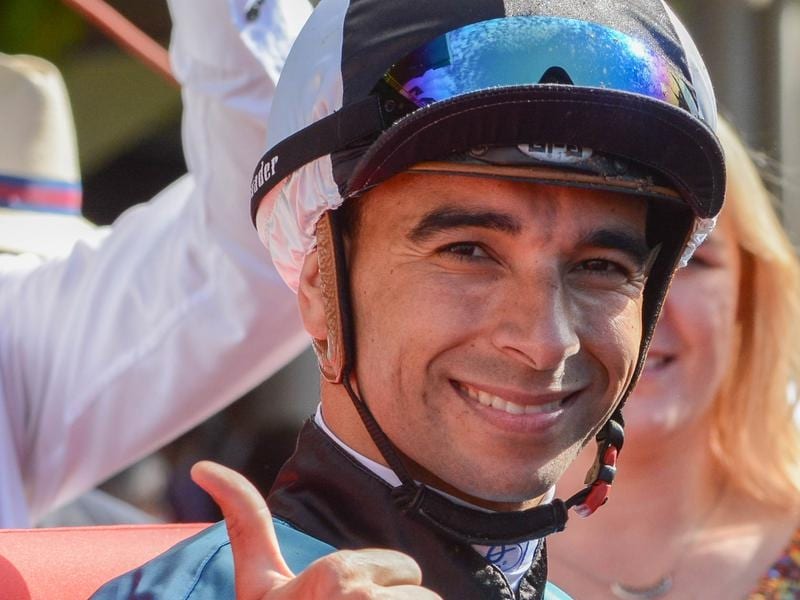 Hong Kong-based Joao Moreira has been booked to ride favourite Constantinople in the Melbourne Cup with the owners deciding not to wait for the outcome of an appeal by Glen Boss on race eve.

Boss had been booked for Constantinople in Tuesday’s $8 million race after the horse’s eye-catching fourth in the Caulfield Cup but the jockey incurred a six-meeting careless riding suspension at Randwick last Saturday.

Boss lodged an appeal, with that appeal scheduled to be heard on Monday.

Moreira had initially been placed on stand-by but unless he had a confirmed booking would not have been available to make the trip to Australia.

Acceptances for the Cup are taken on Saturday.

“The owners decided to lean towards Joao because they didn’t want to be left in the lurch,” Constantinople’s co-trainer Ben Hayes said.

“If they gave Bossy the chance and he didn’t get off and then we’d have no jockey.

“Joao’s very well renowned and regarded as one of the better jockeys in the world.

“It’s unfortunate for Bossy. We tried our best, but he did get suspended.”

Constantinople was the $7 favourite for the Cup on Friday ahead of Japanese horse Mer De Glace at $8.

Mer De Glace will be striving to claim the Caulfield and Melbourne Cup double.

Moreira went close to claiming his first Melbourne Cup when second to Almandin aboard Heartbreak City in 2016.