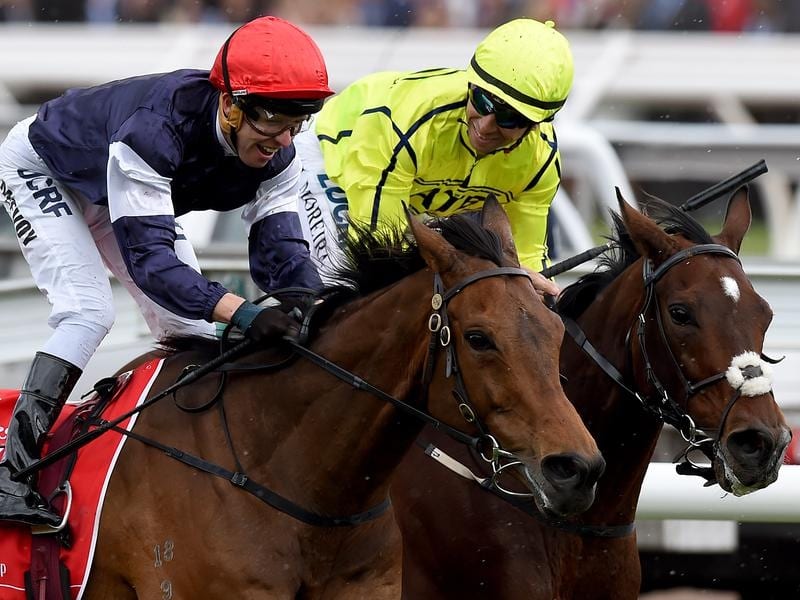 As a child Will Evans was not allowed on course to go racing in Singapore but it did not stop him marvelling at the skills of champion jockey Joao Moreira.

The son of then Singapore race caller Craig Evans, who recently started a third season of calling in Dubai, Evans would sit at home more intent on watching the racing action than his school studies.

Back in Australia, 22-year-old Evans is working at Lindsay Park and has been entrusted with the strapping duties of Melbourne Cup second favourite, the Moreira-ridden Constantinople.

Evans met Moreira on rare trackwork visits in Singapore and treasures a pair of goggles the champion rider gave him after he won a Hong Kong International Jockeys’ Challenge.

“It was heartbreaking not being able to go to the races in Singapore, but I’d be at home every Friday night and Sunday afternoon watching the races,” Evans said.

“All I wanted to see was Joao riding winners and the most memorable was the night he rode eight winners.”

Evans made two trips a day to Werribee to tend to the horse and has been a constant companion at Flemington since his move from quarantine.

“Five weeks ago I didn’t even know if I’d be strapping a runner in the Melbourne Cup, but to get this opportunity, it’s amazing,” Evans said.

“To strap one horse for Joao is a dream come true, but to do it in a Melbourne Cup with one of the favourites, it’s amazing.

“I reckon he’s the best jockey in the world and so does Dad.

“Dad named him Magic and hopefully some magic comes on Tuesday.”