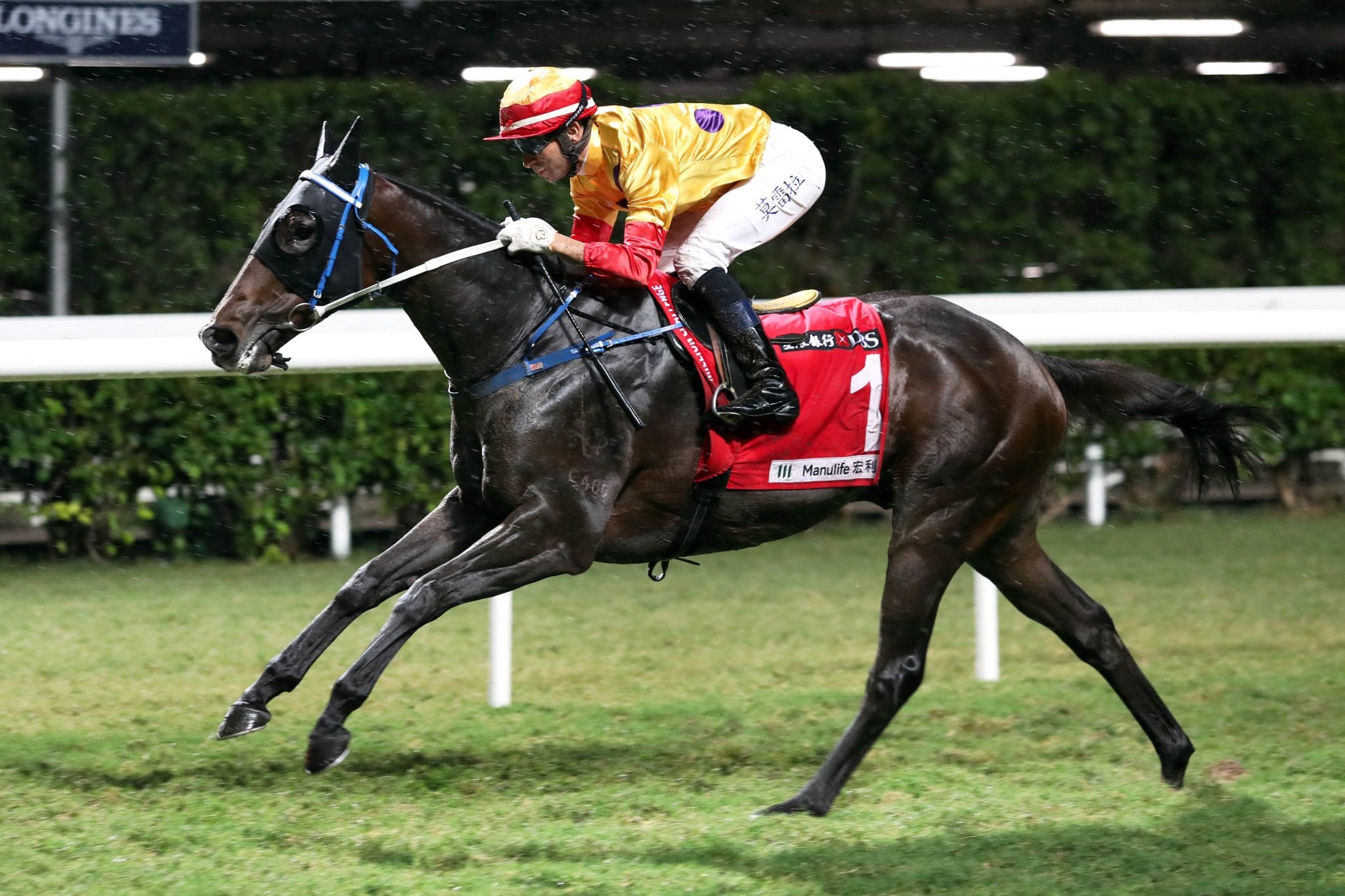 Joao Moreira capped a four-timer at Happy Valley on Wednesday (28 October) with a smart victory aboard Columbus County in the Class 2 Time Warp Handicap (1800m) for trainer Caspar Fownes.

“We know how hard it is to win one race in Hong Kong, when you go home with four in the bag it’s very pleasing and I’m thankful for all of the support I’ve been getting,” Moreira said.

The three-time champion made it 30 wins for the campaign and extended his lead to 10 wins over Zac Purton at the top of the jockeys’ championship, with 16 of the season’s 88 race meetings now completed.

“I wouldn’t be winning theses races on my own, I’ve been given support from a lot of different trainers and thankfully I’ve turned that support into good numbers,” Moreira said.

Columbus County was the Brazilian’s wrap-up victory in the evening’s finale, the five-year-old scoring with an impressive, rail-hugging success against a quality field of Class 2 gallopers.

“I just couldn’t be any happier than what I am to be given the chance to ride such a nice horse, he’s done it like a good horse: he jumps well with them, he settles nicely four or five back on the fence, and when horses start to pick up he picks himself up,” Moreira said.

The Redwood gelding was one of last season’s main protagonists for the BMW Hong Kong Derby (2000m) but could only manage ninth in the blue riband to Golden Sixty but he headed into his first run of the campaign this evening having rounded off last season with a success in the grade.

“Once I got him within striking position turning for home, and I put him under pressure close to the fence, he showed me that he has a lot of quality, and it’s not just going to be this, there are more wins to come for him,” Moreira said.

The win will lift the gelding to a triple figure rating with step one complete on his LONGINES Hong Kong International Races trail.

The smart four-year-old was, like his stablemate, first-up for the term and was forced to do it the hard way from gate 12, travelling three-wide throughout to score by a length and a quarter.

The Darci Brahma arrived in Hong Kong as a 52-rater and prior to tonight’s win he was rated 71 in the middle of Class 3 but the eye-catching win prompted Four-Year-Old Classic Series talk.

“The Four-Year-Old Classic Series is definitely possible,” Fownes said. “He’s a Class 2 horse, he’ll obviously get around seven points for the win so he can stay in Class 3 and then carry a bit of weight next time and then if we can win one more he’s there.

“He’s always given me the feeling that he’ll get further, so we’ll give him one more 1200 metre race here and then we’ll start to stretch his distance.”

“No doubt he has improved,” Moreira said. “He’s a promising type of horse and I’m looking forward to seeing him out there again because the way he’s been doing things gets us excited.

“Sometimes good horses have to face the tough stuff and this is a very good example, he was three-wide and didn’t have cover for half of the race but he prevails and shows that he was the best horse in the field,” Moreira said.

Light rain sprinkled the Valley throughout the evening but it didn’t dampen Fownes’ mood as he extended his lead to six in the trainers’ championship with 17 wins on the board.

“He’s quite a versatile horse, he’s coming into the season at the right time so he should have a good season for us,” Fownes said. “I think the rain helped him a little bit but he’s run very well, he’s nice horse and he’s got a good future.”

Moreira’s night kicked off with a bang too. The Brazilian ace took the first two contests: the opening Class 5 Sir John Handicap (1000m) thanks to a make-all ride aboard U W Brother and the Class 5 Gold Mount Handicap (1800m) aboard Great Smart for trainer Manfred Man.

Yeung and Whyte combine as Best Alliance takes the feature

The Dark Angel gelding broke evenly among the field to settle midfield throughout, before Yeung asked the question turning for home to score a gritty short-head victory over Cinquante Cinq.

“The instructions were to jump and get some cover and from the time the gates opened things just unfolded for him beautifully,” Whyte said. “Keith took the initiative to be three lengths closer once he saw the gap present itself and that was the winning move.”

Yeung and Whyte combined for the second time this season after Amazing Kiwi’s victory at the city circuit in late September.

The win was Yeung’s second for the month after Moneymore secured the opener on Sunday at Sha Tin, taking his season’s tally to five wins, and this Sunday he is expected to pair with Dances With Dragon in the Group 3 Sa Sa Ladies’ Purse Handicap (1800m).

“That win made my October, I was a bit worried at the beginning but it’s come good at the end – so it’s a good month,” Yeung said.

“He’s been a model of consistency for most of his career, normally he’s had to draw a gate to be able to win here and tonight on the ‘C+3’ course, he went forward and he was very tenacious in the finish,” O’Sullivan said.

The Dane Shadow gelding scored his fourth win at his 60th Hong Kong start, taking his career earnings to north of HK$6 million.

“He’s a pleasure to have in the stable, he’s a gentleman – I don’t think he’s had a sore day in his life. He’ll go back up to Class 3 now but he’s only going to get four of five points for that,” O’Sullivan said.

Apprentice Jerry Chau bagged his 10th win this season thanks to a make-all success aboard the David Ferraris-trained Stanley Park in section one of the Class 3 Speed Vision Handicap (1200m).

“David (Ferraris) told me to be positive because the horse has good speed and the race didn’t seem to have too many horses with early speed, so I crossed quickly from gate 11 and led very easily and in the end he kept kicking nicely,” Chau said.

Alexis Badel and Manfred Man combined with V Chevaliers in the Class 4 Flying Elite Handicap (1650m), securing a double for the handler.

The first three winners on the card all broke from gate one and the third of those, What A Legend, took section one of the Class 4 Amazing Star Handicap (1200m) for trainer Jimmy Ting and jockey Chad Schofield.