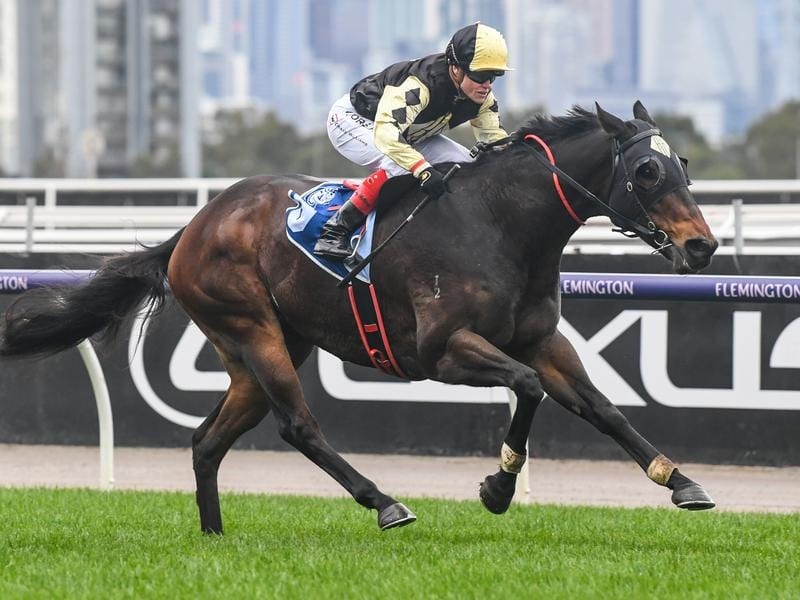 Lord Von Costa has done his chances no harm of snaring a slot in The Kosciuszko at Randwick this spring after storming to victory in the Listed All-Victorian Sprint Series Final at Flemington.

Four years after winning the Creswick Stakes when it was run on the corresponding program during a stint with trainer Stephen Brown in 2016, seven-year-old Lord Von Costa notched another Listed win at Melbourne’s famous track in Saturday’s 1200m straight-track race.

Trained by Donna Scott at Albury, the family owned and bred Lord Von Costa has come back from two tendon injuries which have plagued his career but Saturday’s success brought up the gelding’s second Flemington victory of 2020.

Scott prepared him to win at Flemington in January while Saturday’s race was the gelding’s third run back this preparation.

“Words cannot describe how good this is,” Scott, who was not on track, said after Lord Von Costa’s win.

“It was nearly better than his last win there and to have two wins like this and both at Flemington – unbelievable.”

The $1.3 million The Kosciuszko (1200m) is restricted to country NSW and ACT-trained horses and is run on the same day as The Everest at Randwick in October.

Lord Von Costa was tightened from $26 into $11 on the fourth line of betting with the TAB for that event after his Flemington win.

“We’re hoping to get him into The Kosciuszko but we need someone to pick him,” Scott said.

“Hopefully this helps his cause.”

Ridden by Melbourne’s premiership-leading jockey Craig Williams, who had not been aboard the gelding since the Creswick Stakes, Lord Von Costa ($9.50) settled back in the field over the straight course before bursting through between runners inside the final 200m to defeat Great Again by a neck.

Malibu Style was another short neck away third.

“He’s a gentleman to ride and he made my job very easy today,” Williams said.