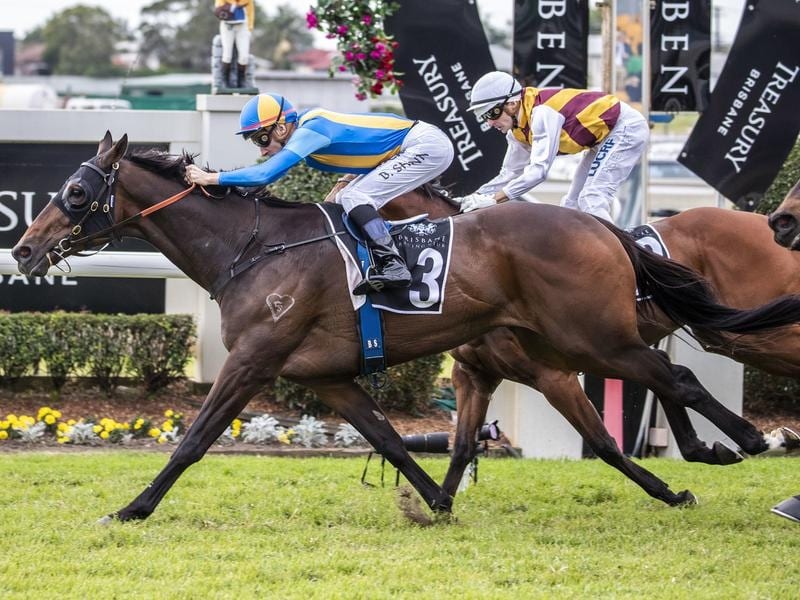 It took a long-range plan to come to fruition for Albury-based trainer Mitchell Beer to get a Kosciuszko runner and he couldn’t be happier with how Redouble has prepared for the $1.3 million race.

Since moving to Albury from Victoria, Beer has had three main goals in mind – to win a Highway Handicap, compete in the Country Championships and have a Kosciuszko chance.

He achieved the first goal when Princess Cordelia won a Randwick Highway earlier this year.

Sky Call ran a credible ninth, beaten just over two lengths, in the Country Championships in April, and now Redouble has a live hope in this weekend’s Kosciuszko.

“Earlier in the year we got a group together and I got in touch with the owners to try to purchase Redouble specifically to target this race,” Beer said.

“We didn’t get that across the line, but luckily that weekend Princess Cordelia won a Highway and an arrangement was made the following Monday to send him to me with this race in mind.

“Everything has gone to plan since he’s arrived. There hasn’t been one day where I was worried or nervous and both his trials have been really good.”

The seven-year-old Redoute’s Choice gelding has drawn perfectly in gate one and has the services of in-form jockey Tommy Berry.

Known for his antics on social media platform Twitter, Beer says it is a great way to interact with his owners and the wider racing audience.

“Twitter just allows people to get to know you a bit,” Beer said.

“We just want to have a bit of fun, win some races and connect with the racing community.”

If he doesn’t get the luck on Saturday, Beer would love nothing more than to see his fellow Albury trainer Donna Scott get the victory with her gelding Lord Von Costa.

“We stand side by side watching horses work every morning,” Beer said.

“We’ve even drawn next to each other on Saturday so if I can’t get the win, I hope she does.”