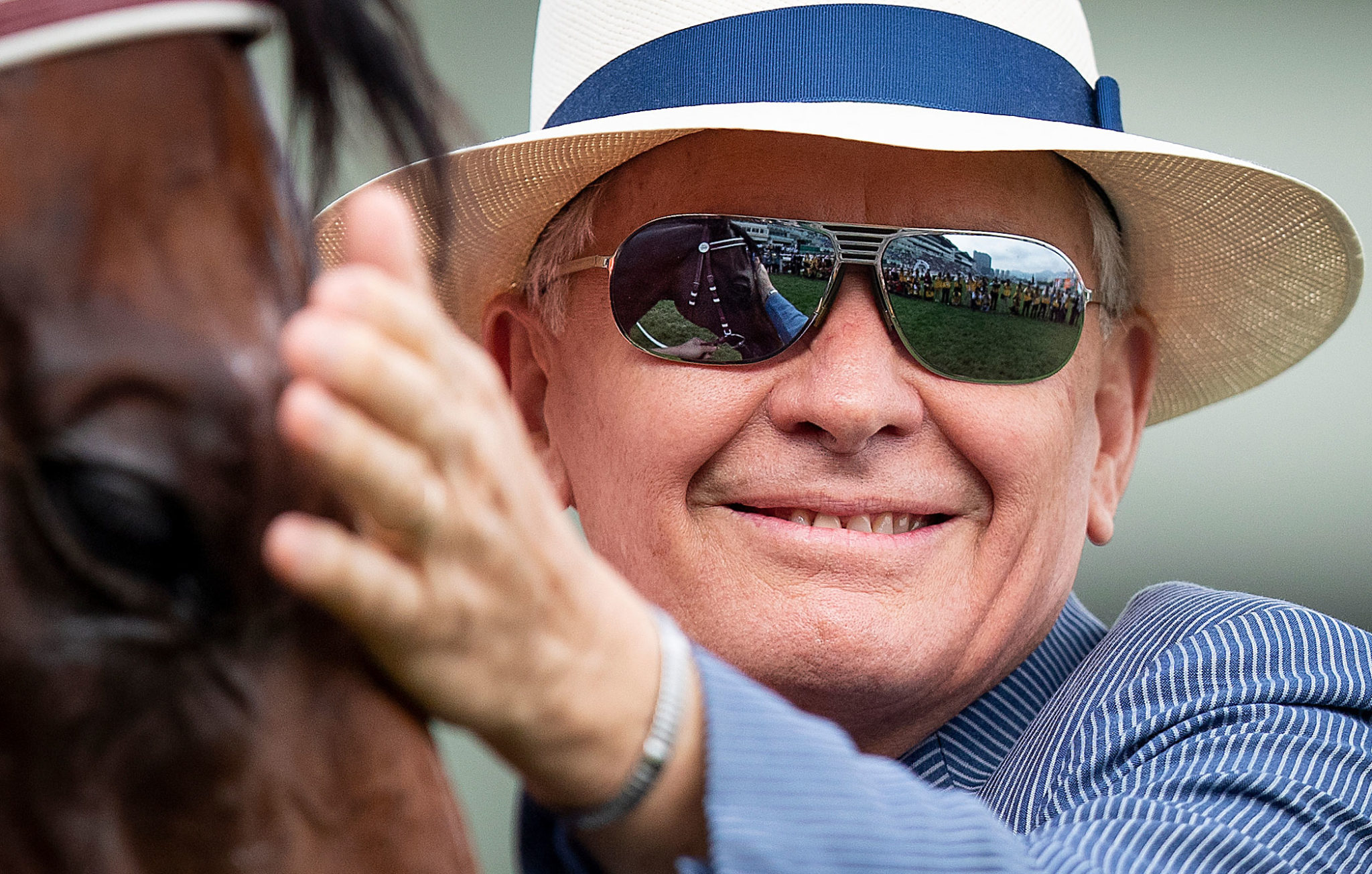 Savvy Nine was not John Moore’s idea of what his final BMW Hong Kong Derby runner would look like but the trainer is hopeful that his useful European import will outrun his rating and “pick up a cheque” in Sunday’s (22 March) HK$20 million feature.

“He’s in there and he’s done everything right leading into the race but I just feel this might be a bit strong for him. He’s going to struggle to match strides with Golden Sixty, More Than This and Champion’s Way, so I’m just hoping he can pull a bit of prize money for the owner,” the trainer said.

Moore turned 70 on Tuesday (17 March) and is slated to retire at the end of the season under the Hong Kong Jockey Club’s age-connected compulsory retirement requirement. This Derby could be the last with a runner trained under his name.

The man with six Hong Kong Derby wins on his record – more than any other trainer – had hoped for one final big hurrah and had pinned his dreams on the talented Australian import Enjoying, only for that burgeoning plan to derail last weekend.

“I thought I had a good chance with Enjoying because he really needs 2000 metres and more, and the way he finished off to finish fourth with Hugh Bowman in the Hong Kong Classic Cup (1800m) the other day gave me a good feeling. I thought he would have had a chance in the Derby over that extra ground,” Moore said.

But Enjoying suffered a heart irregularity during a morning gallop last Friday (13 March) and his Derby campaign was over.

“It’s disappointing and it has some effect on me and the stable staff – it’s a bit of a heart-wrenching outcome for us,” Moore admitted. “We’d primed Enjoying and had him in the right frame of mind; he was in top form and we’d got to know how to ride him here. Everything was going to plan and then we had that hiccup.

“He needs rest, so he’ll be let down at Conghua, put into a paddock for a few weeks and then we’ll see how he is and what his future will be.”

“I’ve won a few and just about every time we’ve had a Derby favourite in recent years, we were able to pull it off,” the handler said.

“The Derby is what all the local owners want to win, when they give me what might be a pretty big budget, they always ask me to try and buy them a Derby horse – this is our blue riband. It’s a big event on the Hong Kong calendar.”

It’s the race the jockeys want to win, too, especially the Hong Kong-born riders who have come through the Hong Kong Jockey Club Apprentice Jockeys’ School. And, with travel restrictions grounding big name would-be fly-ins, places have opened up for some otherwise overlooked yet capable jockeys to get a chance at the big one.

“Tommy Berry couldn’t make the trip from Australia so Keith Yeung’s riding Savvy Nine – he hurt his back in a barrier trial yesterday but I understand he’s fine,” Moore said.

Yeung confirmed that he is fit to ride and is looking forward to his second Derby participation, six years after his first.

“I’ve been seeing a physio and everything seems fine – it’s an old back injury. I ride at Happy Valley tonight (Wednesday, 18 March) and I’ll keep doing physio until Sunday so it should be good,” the former champion apprentice said.

“It feels like a long time ago that I rode in the Derby, on Bullish Boy for Tony Cruz, so I was excited to get the call this time. It’s always a pleasure to be riding in a big race like this, it doesn’t matter what chance the horse has, it’s great to have the chance to participate in the race and then you go out there and do your best.”