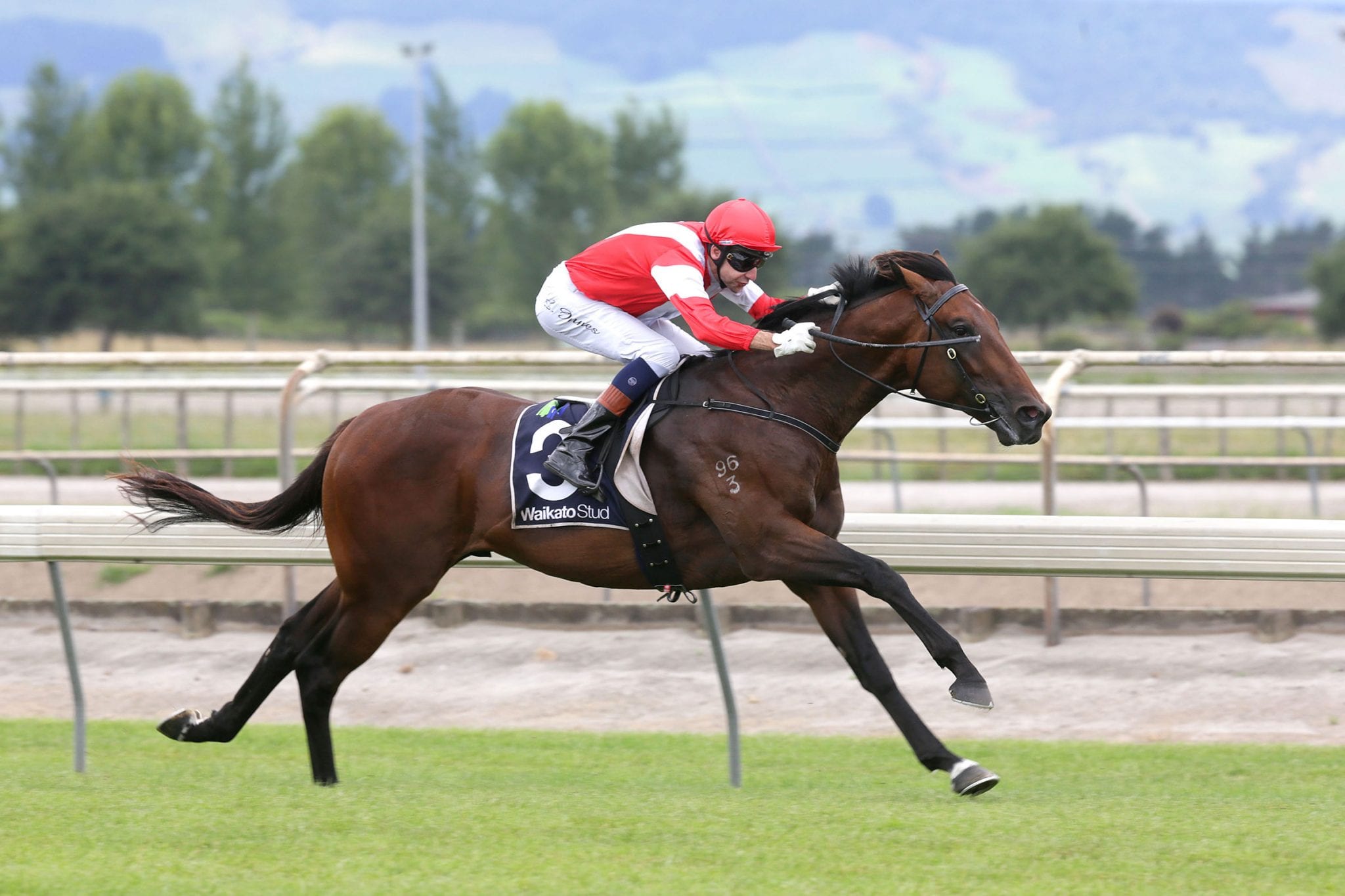 Well-known New Zealand equestrian Vicki Wilson is leading the resurgence of thoroughbred breeding in Hawke’s Bay with the addition of Mongolian Falcon to the region’s stallion ranks.

It will be a homecoming of sorts for the son of Fastnet Rock, with his biggest victory coming at Hastings in the Group 2 Hawke’s Bay Guineas (1400m), beating subsequent Group One winner and now stallion, Jon Snow, by five lengths.

Trained by Donna Logan and Chris Gibbs, Mongolian Falcon won three of his nine starts, and placed in the Group 2 Sarten Memorial (1400m) and Listed Reid & Harrison Slipper (1200m) before his racing career was ended by a knee issue following his sixth-placing in the Group 1 New Zealand 2000 Guineas (1600m).

He retired to stand at Mike and Barbara Cooney’s Waimate stud farm, Willow Glen, where he has served 141 mares over three seasons.

Mongolian Falcon will now move north to Wilson’s Hauora Farms, where he will stand for an unchanged service fee of NZ$3,000+GST.

Wilson already stands a number of showjumping stallions, but this will be her first foray into standing a thoroughbred stallion, and she is excited about the challenge.

She consulted a few trusted sources across Australasia and received nothing but positive comments about Mongolian Falcon, and after being impressed by his progeny, Wilson decided to take the plunge and purchased the stallion.

“We have been looking for a while for a thoroughbred stallion to stand at stud, really for our own mares and also for any outside mares,” she said.

“I quite like the Fastnet Rock blood. All of the people we have spoken with in Australia and New Zealand that we trust, and are helping us learn this game, have said positive things about him.

“The weanlings and yearlings that I have seen so far by him have been very strong and correct, with a fantastic walk.

“We are still learning at this game and we stand a lot of stallions here at stud for our showjumping side of the business, adding him to the team is an exciting way forward, and hopefully the mares we have are a good cross for him.”

While Wilson already has a handful of thoroughbred broodmares on her Hawke’s Bay property, she said Mongolian Falcon will also be utilised by some of her showjumping broodmares as well.

“We have got three (thoroughbred) mares that will foal down in the spring,” Wilson said.

Wilson is also excited about growing the thoroughbred stallion offering in Hawke’s Bay, and she believes Mongolian Falcon complements Sneaking To Win, a well-bred son of Snitzel who commenced stud duties last season in the region for local breeders Steve Brougham and Jenni Tomlins.

“I think it is fantastic for the industry to have two stallions in Hawke’s Bay with such good blood, with Sneaking To Win and Mongolian Falcon,” Wilson said.

Mongolian Falcon will travel north to his new home later this month and while looking forward to the coming breeding season with her new stallion acquisition, Wilson said it all remains a learning experience for her and her team as they continue to delve into racing.

“We will pick him up in a couple of weeks, it will be quite exciting,” she said.

“It will be very interesting to see how it goes. It might be slow to start off with, but we are patient, and we know that once the first young ones come out, and if they have got anything there, they are going to really show us.

“We are going to be standing him under Hauora Farm and we will keep him at NZ$3,000, but will do discounts for multiple mares.”

Meanwhile, Wilson is looking forward to Woodville on Sunday where she will line-up Red ‘N’ Surf in the Dannevirke Services & Citizens’ Club 2200.

The Redwood gelding gave Wilson her first win as a trainer when victorious at Wanganui last month. He subsequently ran sixth in the Poverty Bay Cup (2500m) at Hastings a week later.

Wilson has been pleased with his progress since then but isn’t overly enamoured with drawing the outside gate in the 14-horse field this weekend.

“He has galloped very well this week, so it will be interesting – it is a big field,” she said.

“It’s all mileage and all learning, it’s just a little unfortunate with the wide barrier. But he has been in the outside barrier before and pulled up well, so we will have a play.

“It is a long race and he is patient, and we know if he is ridden well he comes down that straight very well.”