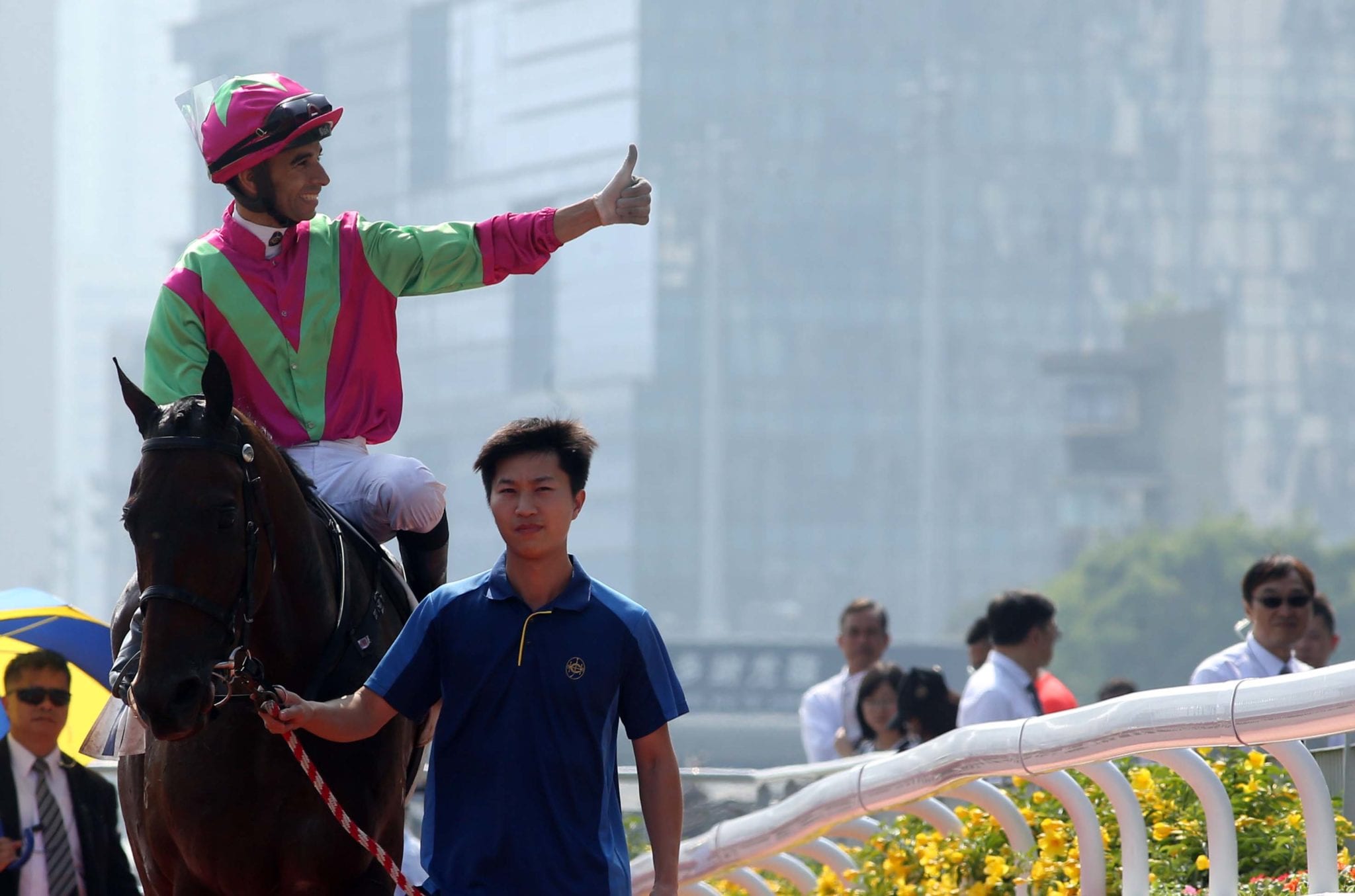 “We’ve got a plan for him so we hope we can pull it off. I had an international jockey get hold of me, so I’ve got a plan. We’ll see what happens now, see how he pulls up,” the handler said.

The rumour mill has thrown around plenty of conjecture in recent days about whether or not the trainer might send Elusive State (rated 96 for today’s test) to the Dubai Carnival or even the new Saudi Cup early next year. Millard would not be drawn.

Part-owner Eden Wong was a little more forthcoming but reluctantly so.

“I hope he gets enough points to go to Saudi Arabia for the Saudi Cup but it’s all up to the trainer and if the horse gets a high enough rating,” he said.

Either way, Millard’s gelding will be rated above the 100 mark after this sixth win on the dirt and the handler knows his options on Sha Tin’s inner “all-weather” are all but gone.

“It’s very tough because we’ve got to get an international Group class dirt horse qualified by running on the grass, which is very tough, because there are so few races here in Hong Kong for him,” he said.

Elusive State went off the 2.3 favourite despite shouldering top-weight of 131lb in the nine-runner feature.

Three-time course winner Buddies (121lb) led the field under Grant van Niekerk but when Joao Moreira switched out Elusive State at the top of the stretch, the front-runner looked vulnerable.

“When I pulled him out and gave him a clear run I was always going to be the winner because I know his finish is strong, even if he was carrying top-weight he was giving me so much confidence through the race,” the Brazilian said.

“I wasn’t very impressed with his barrier trial, to be honest – Tony was and I wasn’t – but today I was very impressed,” Moreira continued.

“He’s a nice horse and it’s an amazing job from Tony, he has improved him tremendously. Being given this opportunity to ride him is a real pleasure.”

Millard believes there is more improvement to come.

“We’re very happy with the run, Grant said Buddies kicked and our horse still went past him,” he said.

“He did everything we wanted and I think I can still get him better. He hasn’t run since the sprint (first-up) and I don’t know if there’s going to be another race for him until December.

“I’m really stoked because it was a great run. He won with the authority we know he has. He gave the second horse 10 pounds and he gave him a hiding.”

All nine of the afternoon’s races were staged on Sha Tin’s all-weather (dirt) track.