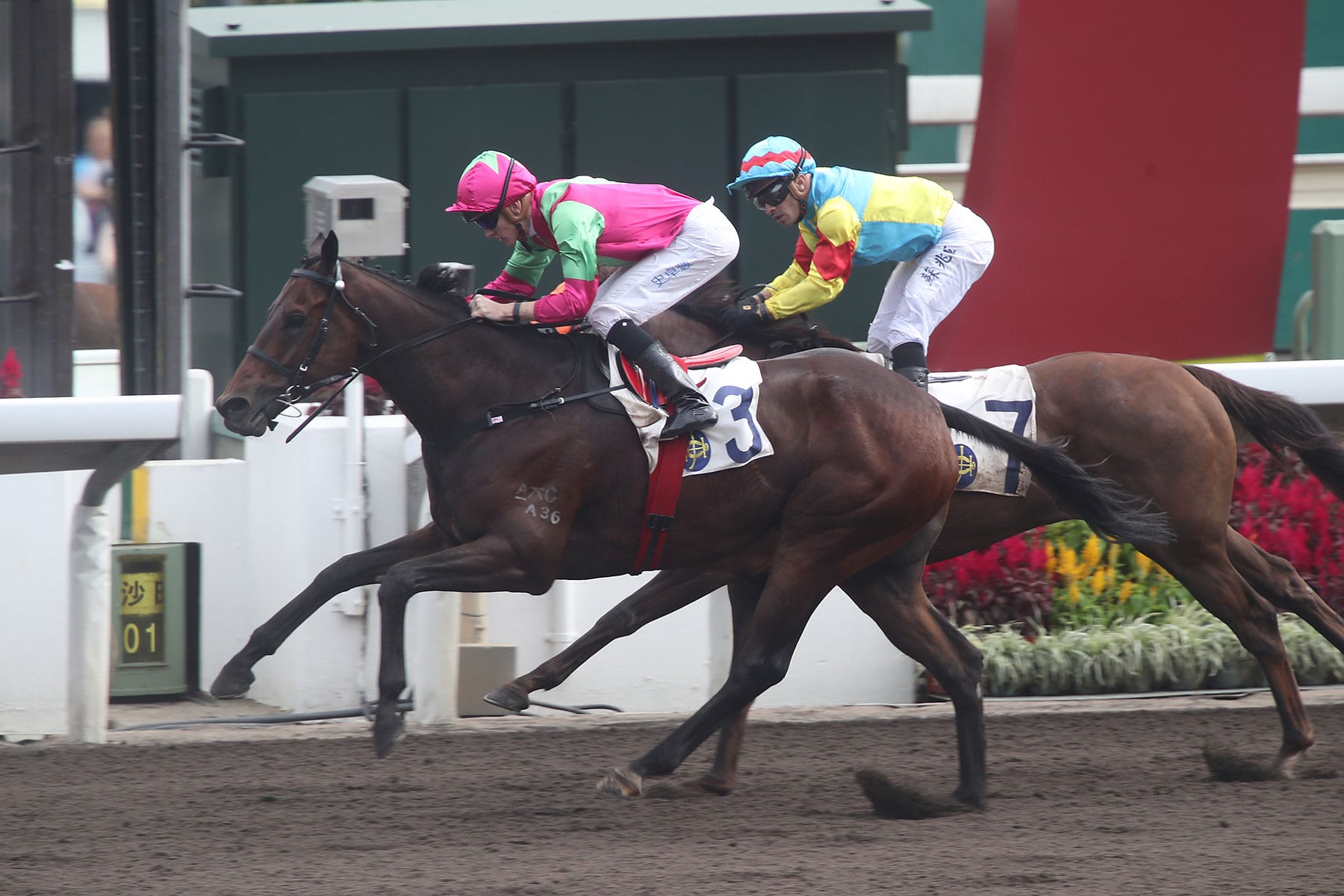 Tony Millard has only had Elusive State (130lb) in his stable since the start of last season but with four wins from six outings under his care, he has guided the son of All American through a period of improvement which he hopes will continue beyond Sunday’s Class 2 Po Yan Handicap (1200m).

“It’s the beginning of the season, all the horses are more or less on a level playing field and it’s a very tough race,” Millard said. “He’s not a 1200 metre horse but you have to start somewhere and we’re going to give it a go.”

But while the distance may be on the sharp side, Elusive State has stamped himself as one of Hong Kong’s premier dirt horses, winning four races on the belt for his handler to rise more than 30 points in the ratings, a sequence which prompted talk of a Dubai Carnival tilt last spring, and a possible run in Korea this weekend, only for injury to halt his progress.

“We had a little bit of a hiccup with him during the season but he ran very well on the last day, we were looking at it but it just didn’t pan out, I was of the opinion that he needed another run and there just wasn’t enough time,” the South African said in relation to this Sunday’s KOR Group 1 Korea Cup (1800m).

Joao Moreira will reunite with Elusive State for the first time since the gelding scored for former trainer Derek Cruz in July 2018. The Brazilian has been as impressed as Millard with the horse’s improvement.

“Tony Millard took him and he’s improved amazingly and I just hope that he can keep on improving as he has been, and, if he does, he’s probably very capable in such a strong race,” Moreira said.

The three-time champion jockey has only partnered Elusive State once but that brought a dominant five-and-a-half-lengths score.

“When I won on him it was a Class 4 and he just won so impressively, we all knew he was going to carry on winning races,” he said.

“Jimmy Ting’s horse seems to be the horse to beat but my one has proven himself on the dirt very well and I just hope that he can perform at his best,” Moreira said.

With four entries for Millard on Sunday, he and Moreira will also team up with Silver Fig (122lb) in the Class 3 Seymour Handicap (1200m).

“I’ve obviously never been on him at the races, but if he produces the feeling he’s been giving me at trackwork, I think he will be right there with them,” Moreira said.

Millard was equally happy with the grey son of Hard Spun’s progression from last season and is hoping luck plays a big role in Sunday’s contest.

“He’s done nicely, he’s got a nice draw and also the race is very tough, these races are not easy so we just need a bit of luck,” Millard said.

The opposition Silver Fig will need luck against includes another consistent galloper, Coby Oppa (130lb), the mount of Karis Teetan, who will be searching for his fourth course and distance win.

“He had a brilliant last season, he’s a horse that enjoys the dirt so I’m looking forward to riding him again,” Teetan said.

The Frankie Lor-trained gelding is by The Factor who won the Group 1 Malibu Stakes (Dirt) at Santa Anita, so it’s no shock that he has taken a liking to the surface.

“I still think he has some improvement to come and although he won a few races last season, he did a few things wrong and I think he could be a better horse this season,” Teetan added.