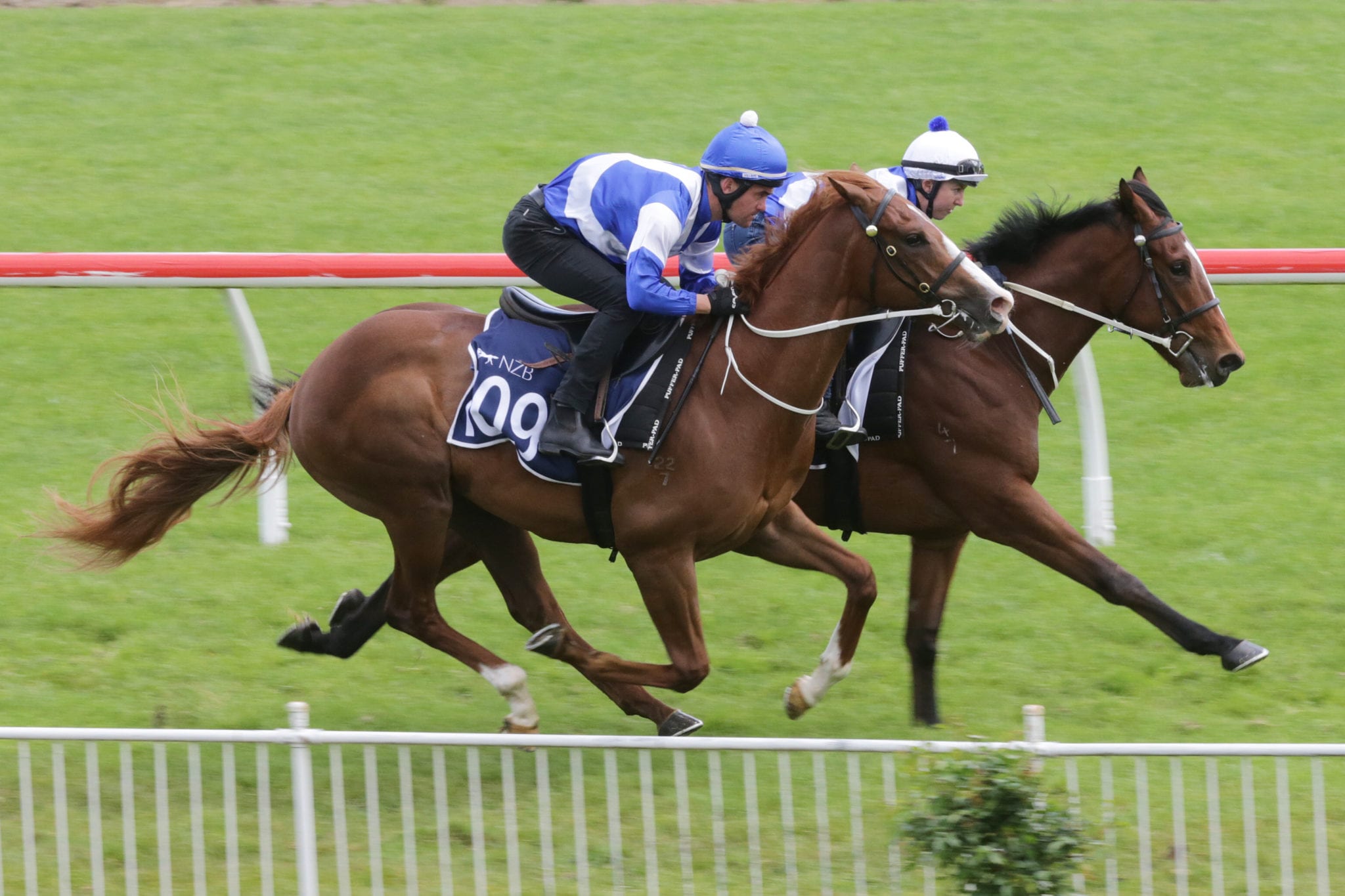 Globe-trotting jockey Alan Munro partnered two-year-old New Zealand-bred gelding Mighty New to an impressive Class 4 victory in a 1200m race at Seoul last weekend, which may pave the way for further Kiwi exports to South Korea. The son of Red Giant was one of nine horses purchased by the Seoul Racehorse Owners’ Association at the 2019 New Zealand Bloodstock Ready To Run Sale and is prepared by progressive trainer Seo Hongsoo.

Bred and prepared for sale by Annabelle Johnson via the Westbury Stud draft, Mighty New took out the Class 4 for foreign breds on debut, defeating fellow Ready To Run Sale graduate Geomison. “We thought he’d be there,” Munro said. “He had been training really well. He’s a nice type and he is quite impressive in the morning. “Mighty New has a great attitude and is a really well-mannered horse. He raced professionally and showed a lot of ability. “We are thinking he is quite a nice type. He is only two, so he has got it all ahead.”

Munro also praised the training of Seo. “He is a good trainer that is patient with his horses,” he said. “We box-seated the other day and the horse is good in the kick-back, he ran through it nicely and as soon as he got an opening he lengthened. “Mighty New is tall and lean with a good athletic look about him and he will be beautiful next year. He could easily go through the grades.”

The English Classic winning jockey, who has plied his trade in numerous racing jurisdictions around the world, including a short stint in New Zealand in 2005, is enjoying his time in South Korea and is impressed by the racing set-up and sound financial model. “I’m just starting my second year,” Munro said. “We have had four months off with the Coronavirus hold-up, but I love the way they do things here. “Racing has just started with no patrons on course at this stage, which the horses seem to appreciate. “I am a fan of Korean racing. It is a great racing place.”

Foreign Affairs and Racing Minister Rt Hon Winston Peters welcomed the strong showing from the New Zealand Bloodstock graduates and hoped it would trigger a surge in Korean interest for New Zealand horses. “Horse racing is big business in Korea and New Zealand’s horses have traditionally been rare on Korea’s sand tracks,” Peters said. “But this strong showing has fuelled serious interest in our breeding operations and stock.”

The Minister witnessed the signing of a Memorandum of Arrangement between New Zealand and the Korean Racing Authority when he visited Seoul last November. The 8 percent tariff rate on ‘Horses for Racing’ was also eliminated in 2019 under the Korea-New Zealand Free Trade Agreement.