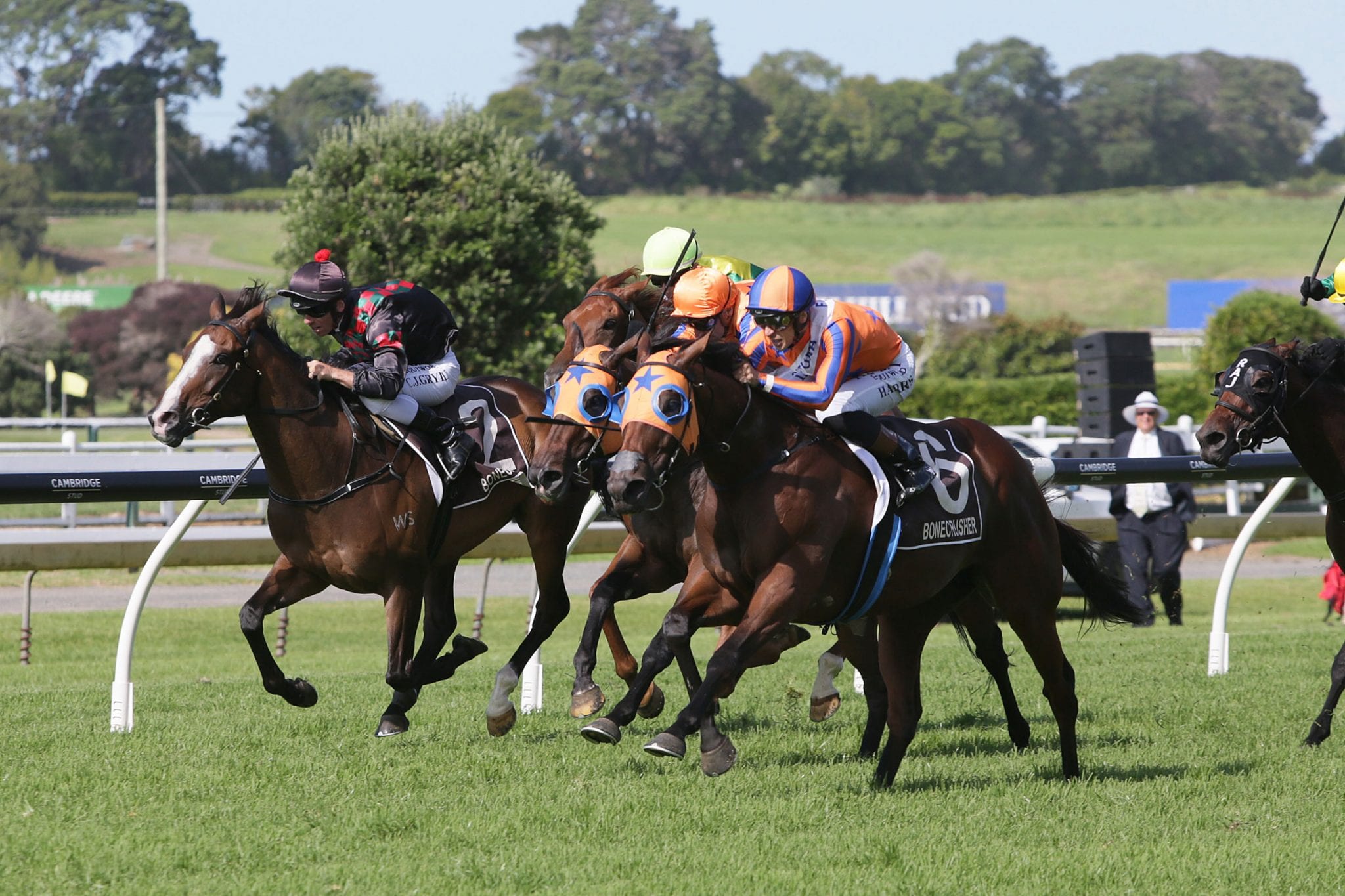 Champion mare Melody Belle created a piece of New Zealand racing history at Ellerslie on Saturday when she strode to victory in the Group 1 Bonecrusher New Zealand Stakes (2000m), her fourteenth win at the elite level, to surpass the mighty Sunline for the most Group One wins in the modern era for a New Zealand-trained galloper.

The six-year-old daughter of Commands had attracted her share of doubters as to whether she could produce another Group One victory after being beaten at Te Rapa over the same distance in the Group 1 Herbie Dyke Stakes (2000m) last month.

Never a truer word has been spoken than the age-old adage that form is temporary and class is permanent as the dual New Zealand Horse of The Year gave her seven rivals, including runner-up and stablemate Avantage, a galloping lesson as she stormed home for rider Troy Harris to win going away by a length and spark some emotional scenes in the Ellerslie birdcage.

Trainer Jamie Richards was clearly affected by what he had just witnessed as he paid heartfelt tribute to his champion galloper.

“She is such a wonderful mare,” he said. “All of the talk that she wasn’t going well enough and all that crap, well she is a champion and champions bounce back.

“It wasn’t her fault at Te Rapa and I’m just proud of her and the whole team.

“It was a fantastic win and I’m also just thrilled for Troy, it’s just a feelgood story.

“I’m also really proud of Avantage and take nothing away from her today as she went down fighting.”

Richards will now shift his focus with Melody Belle to a final trans-Tasman raid before she is likely to be retired at the end of this campaign.

“She is sound, happy and easy to train and loves going about her business,” he said.

“I’m really proud of her and she loves to prove people wrong.

“This is her farewell tour, but I’m not too sure just where she will go from here.

“We are looking at races in Sydney and in Brisbane.

“2000m is her pet trip now, so we will be targeting races like that for her.

“She has done a wonderful job and I’m just thrilled for everyone involved with her.”

Bred by thoroughbred racing and breeding identity Marie Leicester, Melody Belle was a $57,500 purchase by David Ellis CNZM at the 2016 Premier Yearling sale at Karaka from the Haunui Farm draft for owners, the Fortuna Melody Belle syndicate.

Her career record now stands at nineteen wins and seven placings from 38 starts with all bar one of her career wins coming at stakes level including 13 New Zealand Group One victories along with the Group 1 Empire Rose Stakes (1600m) at Flemington and over $4.24m in total prizemoney.