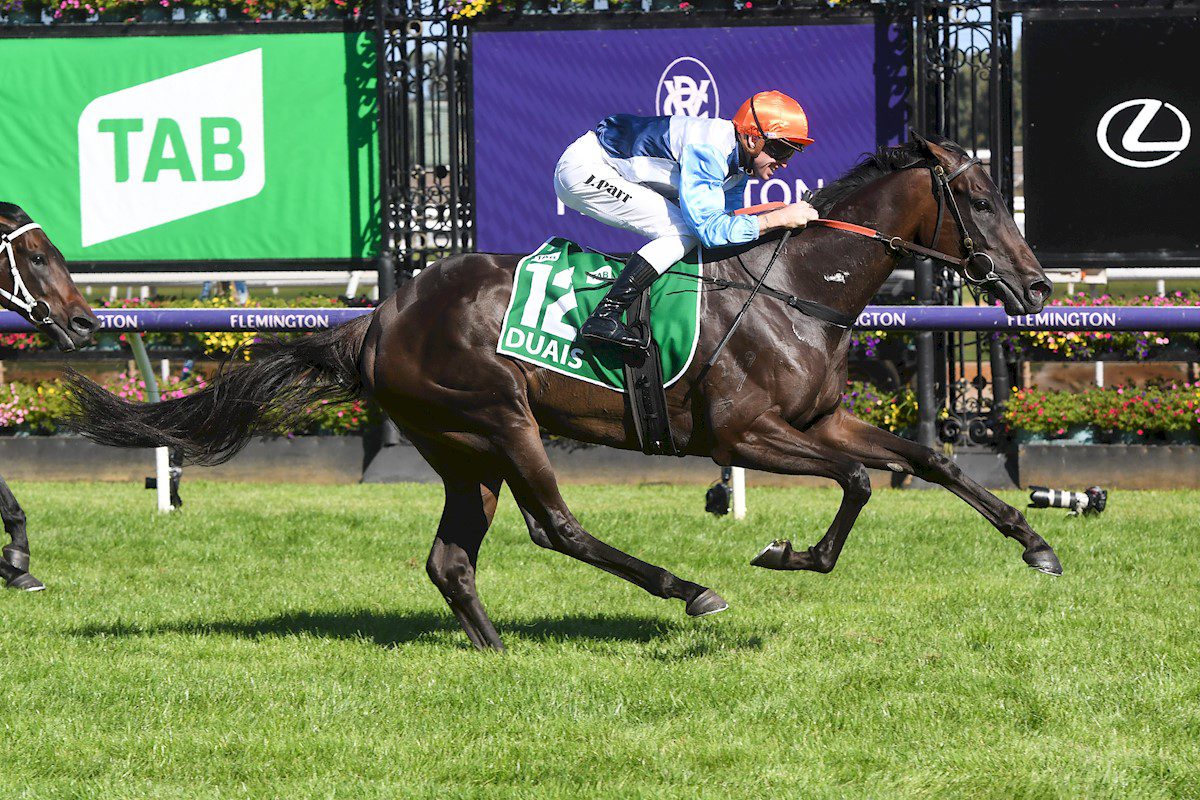 Duais already has three Group 1 victories to her name, but Edward Cummings is planning on adding a few more to his star mare’s resume over the next four months.

After a breakthrough Autumn Carnival where she blitzed her rivals in both the Australian Cup (2000m) and Tancred Stakes (2400m), the soon to be five-year-old sits at the top of early betting markets for both the Caulfield Cup and Melbourne Cup.

Cummings told HorseBetting that he’s happy with where his stable star is at following her winter spell, so he is looking forward to seeing her resume in the coming weeks.

With the first Group 1 of the 2022-23 racing season, the Winx Stakes (1400m), just three and a half weeks away, Cummings hopes to see his daughter of Shamus Award ready to go for that assignment.

“The plan is to have her trial on Friday week (August 3), and then go to the Winx two weeks later.

“More than likely she will have two (runs in Sydney) – the Winx and then the George Main (Stakes), and then she’ll go to Melbourne.”

Given that the Melbourne Cup is the end goal for the $2.7 million earner, Cummings will be waiting for Racing Victoria to release the weights for the famous race before he makes a decision on that front.

Should the mare be well-weighted in the Melbourne Cup and essentially assured a start on the first Tuesday in November, a weight-for-age path towards that race is likely to be taken.

Having already won a Group 1 over 2000m at Flemington in the autumn, Cummings has marked the Turnbull Stakes (2000m) as a race that she could line up in, although nothing has been set in stone yet.

“It’s one of a couple of options,” the trainer said.

“I think the week leading into the George Main, we find out what weight she’ll get in the cups, and that will have an impact on the program.”

Ed’s late grandfather Bart Cummings will be forever remembered as the ‘Cups King’, having won 13 instalments of the race that stops a nation, so to have a live chance of adding his name to the honour roll would be a great thrill for the young trainer.

While Bart was often quoted as saying that a horse must have 10,000m worth of race fitness in their legs to win a Melbourne Cup, his grandson believes that ideology has been misinterpreted over time.

“I think that’s an often misunderstood figure,” he said.

“The overarching lesson behind what he said was that a horse going into a Melbourne Cup needs to have plenty of miles under the legs.

“They need to be hardened and she’s (Duais) certainly that.”