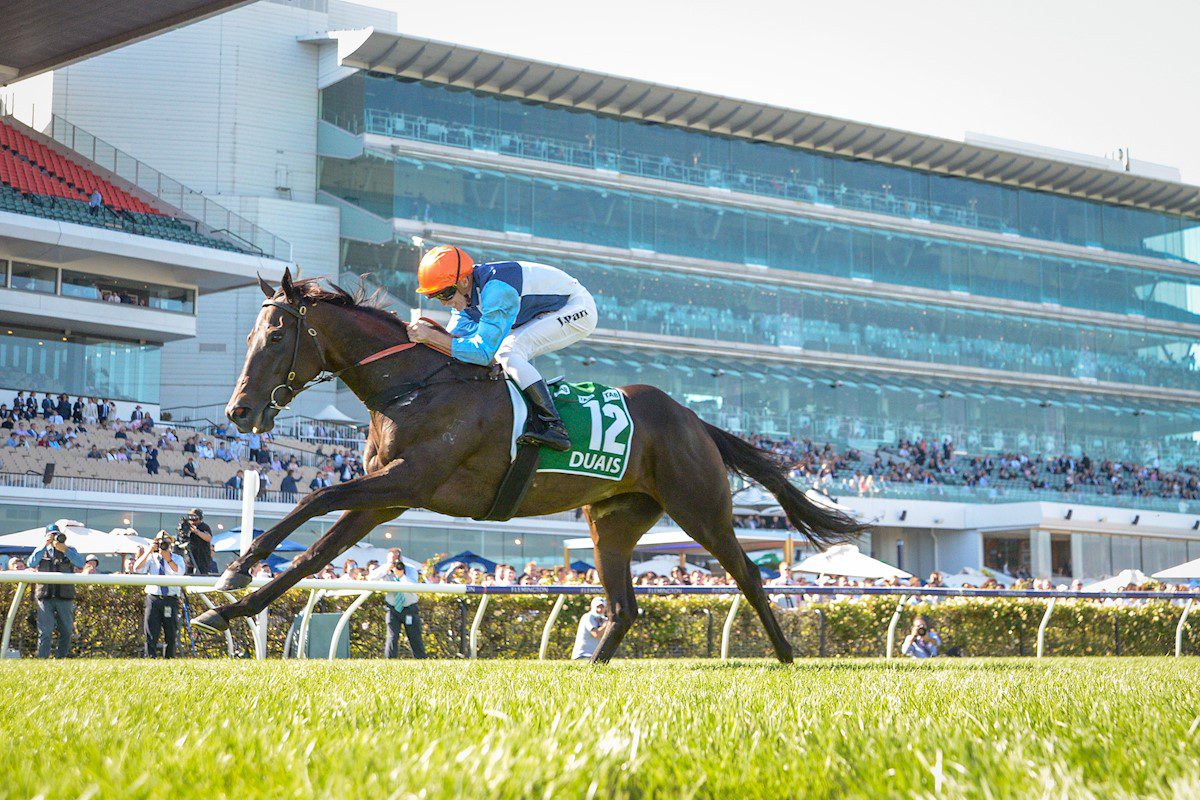 There is only one way and that is up for Duais ahead of the $1.5 million Tancred Stakes (Group 1 over 2400m) at Rosehill (Sydney, Australia) on Saturday.

That is the opinion of Australian trainer Edward Cummings after the four-year-old’s brilliant victory in the Australian Cup (2000m) at Flemington (Melbourne, Australia) on March 12.

The fast-finishing mare was well back at the 300m mark before Josh Parr timed a classy sprint home, winning comfortably by two lengths, with Kerry Parker’s Think It Over in second place.

It is no wonder, then, that Duais is the $3 favourite with online racing betting sites heading into Saturday, where the 36-year-old Cummings will be chasing his third Group 1 triumph.

Indeed, the up-and-coming trainer is also confident his stayer can get the job done.

“Her chances are reasonably good,” he said.

“I thought she ran really well (in the Australian Cup) and I think she’ll be suited going up in distance now.

“It’s hard to split a winning combo – Josh is a very good rider.

“We’re one of the top three in the market, so the other two (Think It Over, paying $3.70 for Kerry Parker, and Spanish Mission at $4.80 for Peter Moody) will be hard to beat.”

Cummings has big plans for Duais after this Saturday.

“A couple of weeks later she could run in either a Sydney Cup (Royal Randwick, Australia) or a Queen Elizabeth, or we could put her in the paddock and wait for the spring,” he said.