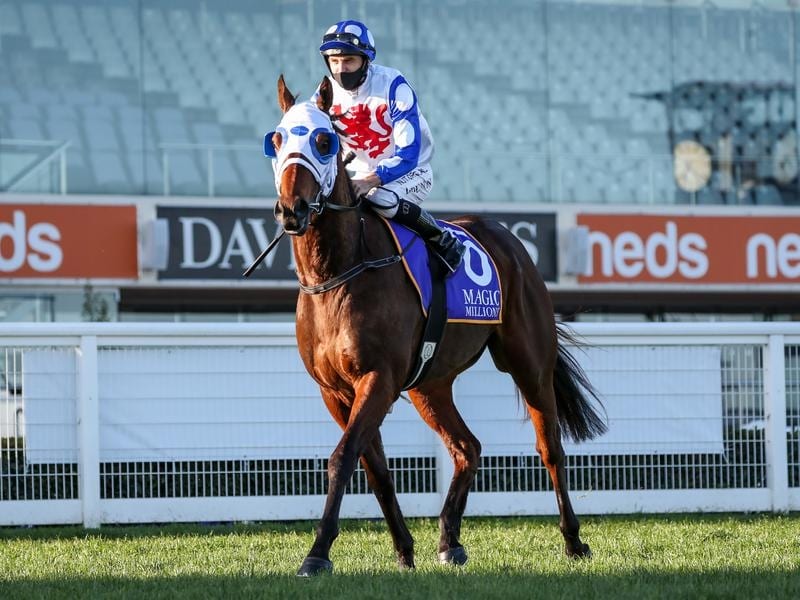 Connections of Mr Quickie are on weather watch as they ponder where the multiple Group 1 winner will have his next start.

Following that race thoughts were to freshen Mr Quickie for a first-up assault on the Group 1 Stradbroke Handicap at Eagle Farm on June 12.

However, the Group 1 All-Aged Stakes (1400m) at Randwick on April 24 is now an option for the Phillip Stokes-trained galloper.

The gelding had those conditions when he stormed home from back in the field to claim the Victoria Handicap having been beaten on a rain-sodden track at The Valley in The All-Star Mile at his previous outing.

Stokes said the weather will have a bearing on where Mr Quickie starts.

“He’s nominated for the mile race here but the week after we’re contemplating the 1400-metre All-Aged up in Sydney,” Stokes said.

“They are the two options. He’s in form so we’re thinking about going up there, but it’s hard to predict the Sydney weather.

“He needs a dry track to show his best, so it’s a little bit juggling act to see what suits best.”

Stokes said the All-Aged Stakes had not been talked about until he received a call from Sydney.

“We had someone from Sydney ring and they said the All-Aged might not come up as strong as you think,” Stokes said.

“It is food for thought.”