Media Sensation back with a bang at Te Rapa 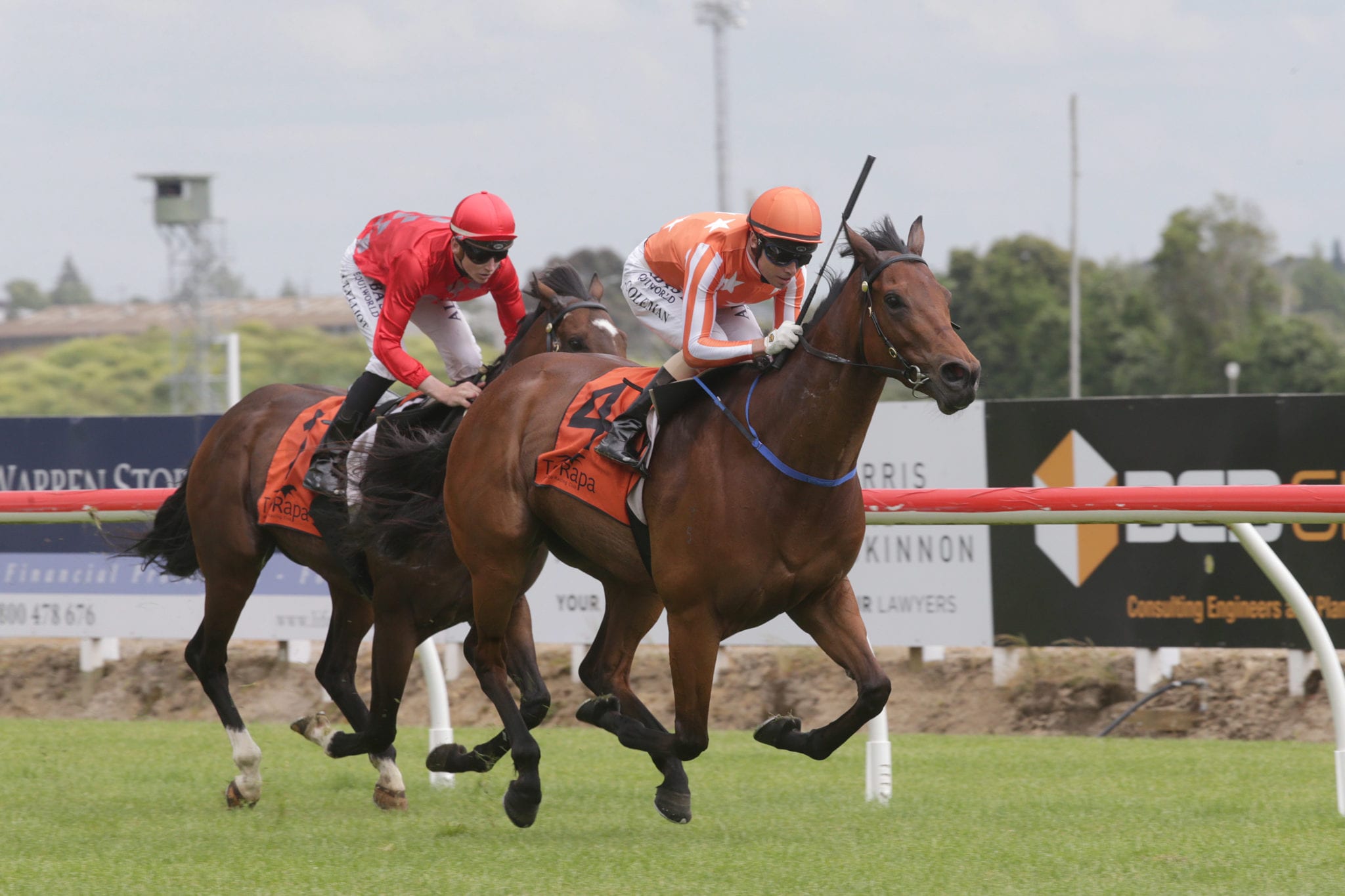 The Peter and Dawn Williams-trained mare came into the race off the back of a comfortable 1000m trial victory at Avondale last month. Ridden by regular pilot Michael Coleman, Media Sensation jumped nicely from a tricky barrier before settling comfortably outside Ferrando who set up a muddling speed in front.

The pair drew clear early in the run home before Media Sensation asserted her dominance at the 200m as she cruised clear to win by a length and a half. Ferrando, who conceded a seven-kilogram advantage to Media Sensation, battled away strongly under his 60kg impost, while On Point battled home well to take third albeit a margin behind the first two home.

Co-trainer Peter Williams had been happy with his charge leading into the race and was pleased with the manner of victory in her campaign opener. “I’m very pleased as she seemed to put herself there very easily,” Williams said. “I had been a wee bit worried that she had lost a bit of her gate speed but she has shown me today that she hasn’t. “She looks like she has come up well and I’m happy with her. “We’ll go home now and speak to the owners but we’ll play a patient game with her.”

Coleman was suitably impressed with the run and the way Media Sensation did everything right for him. “She had a bit of an awkward barrier but she jumped the gate and got us across easily,” he said. “Once she got outside Ferrando she relaxed nicely. “She was just sort of idling turning in and I wasn’t sure how good we were going, but when I asked her the question, we were always going to get there.”

The victory made it career win number six from 11 starts for her owners, Sarah Green and Ger Beemsterboer under their Barneswood Farm Ltd banner, who purchased her for $425,000 out of the Lime Country Thoroughbreds Ltd. draft during the Premier session of the 2017 National Yearling sale at Karaka.

The race was delayed slightly due to the aftermath of the previous event where jockey Ashvin Goindasamy had taken a nasty fall just past the winning post during the early stages of the 2100m contest. The race was abandoned with Goindasamy still on the track and unable to be moved. Early reports suggest that the popular apprentice was conscious and speaking to medics although it was likely he had suffered a serious knee injury along with major bruising, but no spinal injuries.