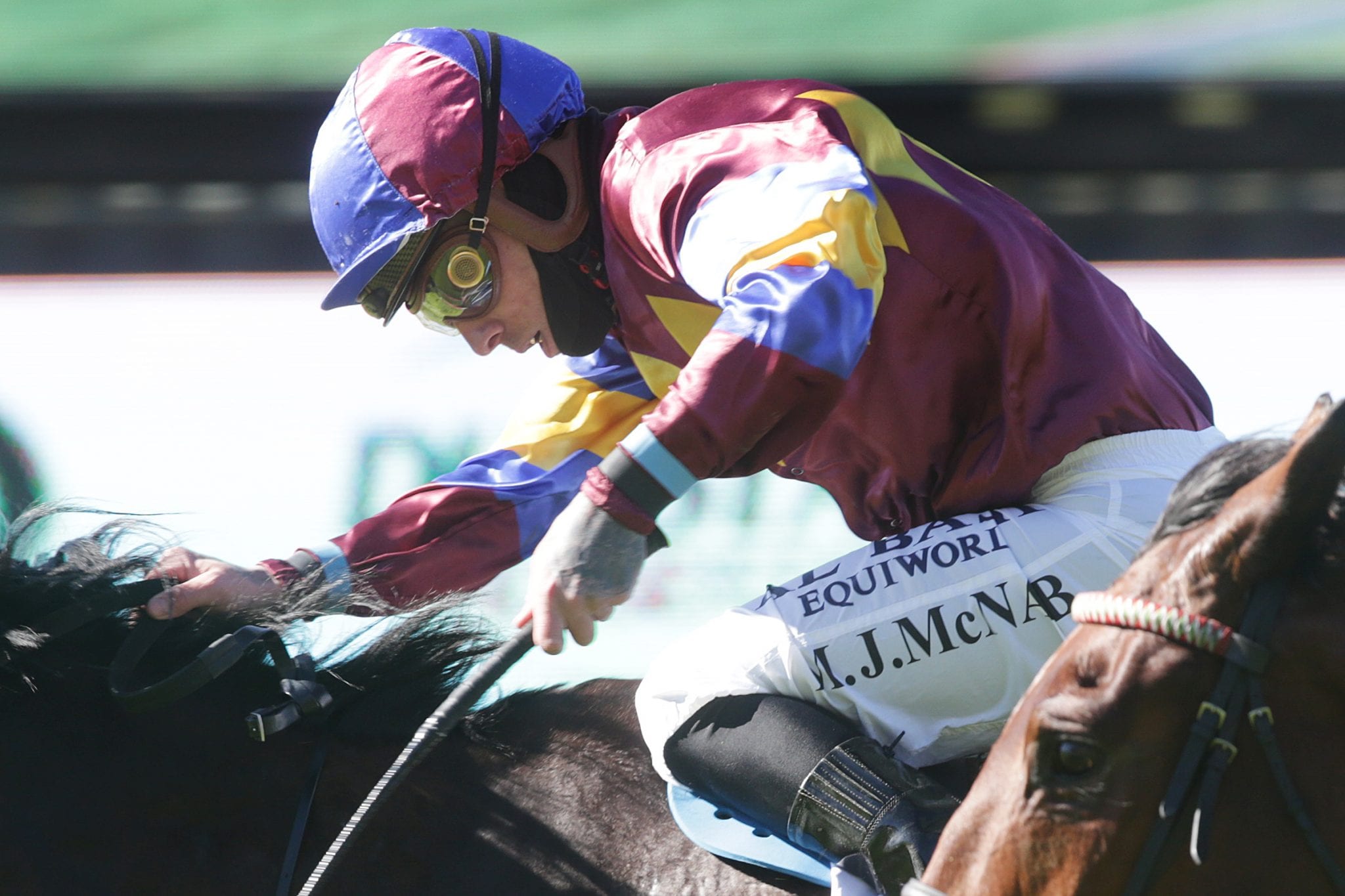 A lengthy spell away from the racetrack to revitalise both his mind and body appears to have worked for talented jockey Michael McNab as he picked up his first victory on Saturday since making his return to raceday riding this month.

McNab guided the John Wheeler-trained Zeefa Zed home at Ellerslie on Saturday and was delighted to secure the win after a hard-fought struggle in the home straight. “It was good to get a win on the board as I wasn’t really expecting it,” McNab said.

“It was a good effort from the horse as he was quite a difficult ride. We ended up sweeping into it a little too early but it was a solid effort for him to hang on at the line. “I think he has been doing a bit of jumping and he sustained a good long run so there should be more in store for him on the flat or over the fences if that’s the path he takes. “With Wheels training him he is in the best hands to make him as a jumper.”

McNab had been aiming to make his comeback to riding at the Tauranga meeting late last month but was unable to make the weight on eventual winner Divine Dive which was a major disappointment to him. “My first ride back would have been a winner but I couldn’t make the weight which was very disappointing,” he said.

“To bounce back from that and pick up a winner so quickly feels great as I have been away for a very long time. “Now that I’m back I just want to get back in that winning groove as best I can.”

McNab is candid about the reasons why he took an extended break from racing and the struggles he has both mentally and physically. “I just struggle with how things go on the racecourse at times and that affects my off-course behaviour and what happens outside of racing,” he said.

“It just got too much for me for a bit, so I decided to step away for a while and to get myself right. “I just try not to think about racing and to spend time with my family who are such a big part of my life. “My family is always there for me and have been a huge support network while I have been away from racing.”

McNab will concentrate on riding freelance from his Cambridge base although he does work closely with the Tony Pike stable and is keen to take advantage of the opportunities available to him from the Pike team.

“I’m riding freelance and at Tony Pike’s in Cambridge,” he said. “I just want to keep myself right and to try and ease the pressure on me as I work my way back into things. “My weight is going well, as at my worst, I was up to 70kgs but with a lot of gym work and a sensible diet I’m now at 57.5kgs and finding it much easier to maintain that weight.

“I’m trying to do it right, keep focussed and not be half-arsed about it. “I’m feeling really well, I’m enjoying it and getting up in the morning looking forward to the day. “It’s nice now there’s a bit of sunshine around as it makes me want to get outside and rip into it.

“My goal is to ride winners and make it easy for trainers to put me on their horses with confidence. “Tony has some really lovely horses in his team so I want to make the most of the opportunities I get from him.”

McNab commenced his riding career back in the 2001/2002 season and has ridden 317 career winners including 20 at stakes level. Amongst his career highlights is winning the 2019 Group 1 Telegraph (1200m) aboard the Michael and Matthew Pitman-trained Enzo’s Lad and the 2019 Group 1 New Zealand 1000 Guineas (1600m) on the Tony Pike-trained Loire.