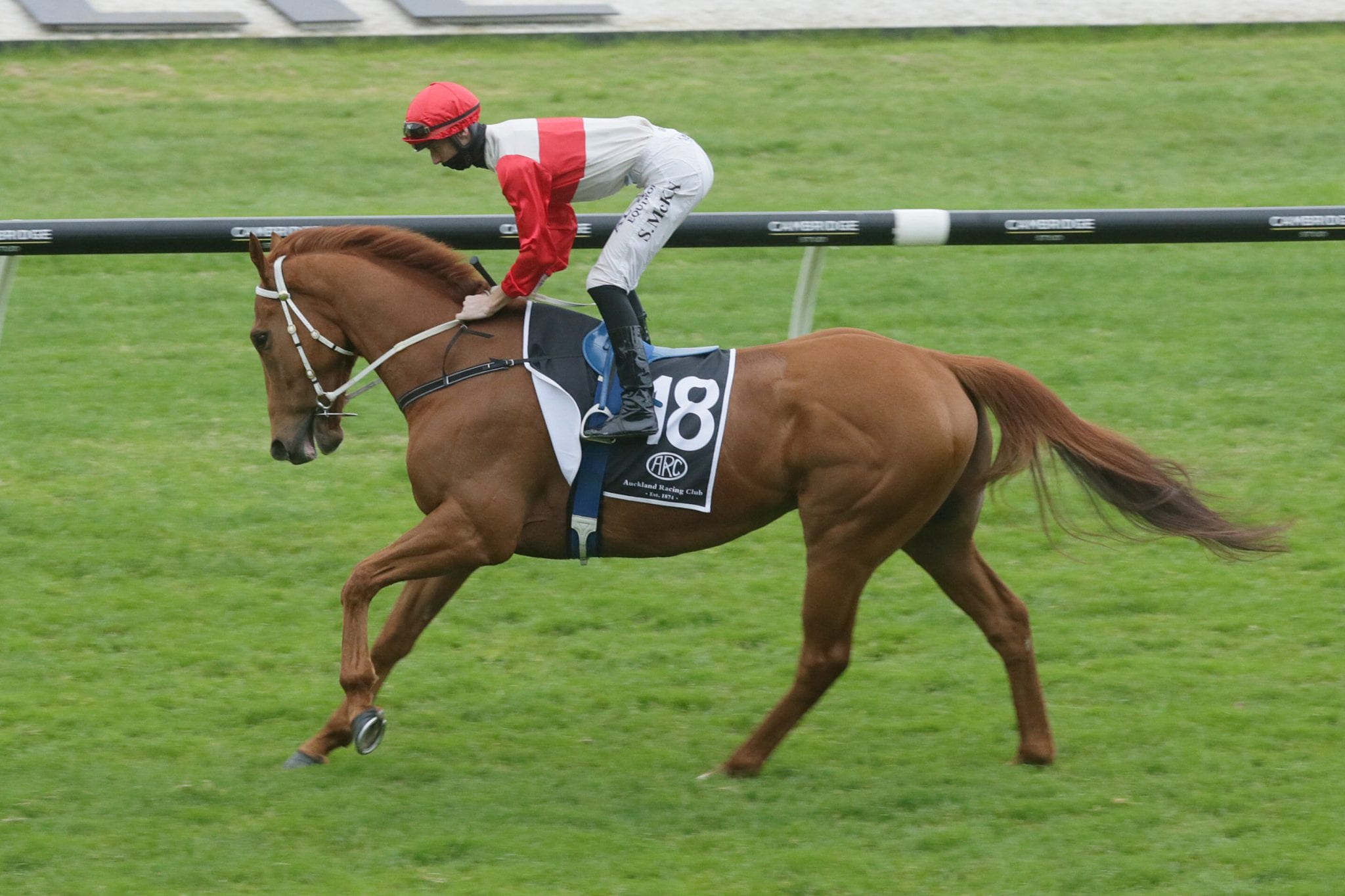 Jockey Shaun McKay will undergo further tests at Waikato Hospital to determine whether he needs a plate inserted in his shoulder to assist the healing process for the collarbone he broke in a nasty fall at Ellerslie on Saturday.

McKay was riding the well-favoured Blood Warrior in the last race on the day when his charge crashed heavily to the turf on the home bend after clipping the heels of Manrico, who was being angled into the clear by rider Jasmine Fawcett when insufficiently clear of McKay’s mount.

Thankfully, McKay was thrown clear of Blood Warrior but knew instantly something was wrong as he tried to make his way to his feet. “It happened pretty quickly but I knew something was wrong with my shoulder the minute I hit the ground,” McKay said. “Watching the replay, it looks like the horse that interfered with us has swept his feet out from underneath him (Blood Warrior) and luckily I got thrown to the side away from him.

“I knew it was that serious and I did manage to sit up to let people know I was okay which is something we get taught. “It’s my first collarbone break however it’s on the same side as the shoulder I hurt in a fall last season. “Jasmine did message me later on but I wasn’t really in the right frame of mind to reply as when it’s not your fault it makes it a lot harder to take.”

McKay is expecting to be off the scene for four to six weeks although he will know more once he has the injury looked at again on Sunday. “The initial doctor told me that it may need a plate to help it heal as the bone is poking up into the skin a little,” he said. “I’m getting that checked at Waikato Hospital so I’ll know a bit more after that. “I’ve had a bit of a slow start to the season so the injury has come at a bad time as I felt I was just starting to get some momentum going.”

The injury also put a dampener on the day for McKay’s partner, fellow jockey Sam Collett, who witnessed the fall from the judicial committee room at New Plymouth. Collett had just been suspended for a week for causing interference aboard Supreme Heights when winning the Group 3 NZB Ready To Run Sale Trainers Series (1400m) and admitted her heart was in her mouth for a few moments watching the Ellerslie race.

“I was in the steward’s room at New Plymouth and caught the fall on one of the tv’s behind me,” she said. “I was thinking straight away I hope he’s okay but I guess having parents that have both ridden and been there myself I am a little desensitised to this sort of thing. “Once I saw him sit up, I thought he’s probably just hurt his shoulder which is what has happened and is not as bad as it could have been.

“I drove all the way home from New Plymouth and then picked him up from Sam Weatherley’s place as he had given him a lift home from the hospital. “He’s been a good patient so far and I’m sure I will be able to find things for him to do while he’s recovering. “He still has one good arm to push the vacuum cleaner around so he knows what to expect while he’s off.”

With Collett’s suspension not commencing until after the Hastings meeting this coming Saturday, she will be pinch hitting for McKay on The Mitigator in the Group 1 Windsor Park Plate (1600m), the feature event on the day.

Collett will be looking to bring up her second stakes win for the season on the six-year-old, who is trained at Matamata by McKay’s father Peter, after gaining her first aboard Supreme Heights which also doubled as her 800th career win.

“I had been hoping to hit the 800-win mark earlier in the year but the COVID-19 pandemic put paid to that,” Collett said. “It’s nice to get it out of the way as I’ve had a slow start so far but I’m keen to keep my consistency up and try and hit the 100-win mark again this season.

“The suspension is not going to be that helpful but once I get back, I’ll be trying to keep away from that sort of thing. “With Shaun being injured I’ve picked up his ride on The Mitigator so his misfortune is my good fortune I guess and I will be trying hard to get a win for everyone involved.”