Mcevoy Pumped To Link With Castelvecchio 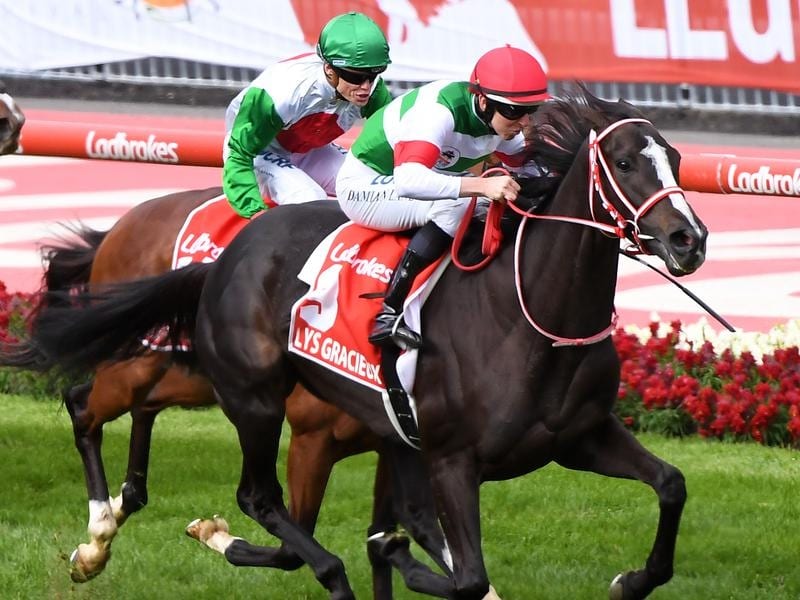 A year after winning the Hobartville Stakes on The Autumn Sun, Kerrin McEvoy has been tasked with delivering a similar result aboard another of Arrowfield Stud’s stallions-in-waiting.

The top jockey will have his first race ride on star colt and Cox Pate runner-up Castelvecchio, who resumes in Saturday’s 1400-metre Group Two Rosehill feature.

But with opportunity comes responsibility and McEvoy admits there will be a few butterflies when he heads to the races.

“There is a bit of pressure and big races there to be won,” McEvoy said.

“But at the same time it’s exciting and that’s what I really enjoy, going to the races knowing you’ve got a bit of nerves in the belly.”

A phone call from Arrowfield supremo John Messara sealed the deal for McEvoy to link with Castelvecchio.

Arrowfield bought into the Richard Litt-trained horse in the spring and Castelvecchio will stand at stud alongside The Autumn Sun after his racing career has finished.

McEvoy was aboard for four of The Autumn Sun’s five Group One triumphs, including the Randwick and Rosehill Guineas, two races prominent on Castelvecchio’s autumn radar.

“I’ve done a bit of riding for Arrowfield over the years and our most recent success has been with The Autumn Sun,” McEvoy said.

“John rang me up and offered me the ride on Castelvecchio and it was a bit of a no-brainer really. He’s a quality colt.”

McEvoy has been booked for Castelvecchio’s first two runs and if horse and jockey gel, the association will continue.

It is high stakes and high pressure but the three-time Melbourne Cup winner thrives on the challenge.

After partnering the colt in a recent barrier trial and in trackwork, McEvoy has no doubt Castelvecchio is sharp enough to give the Hobartville a shake.

“He can build a platform off this race for the rest of the autumn so it would be pleasing to win another one on a pretty special colt,” McEvoy said.

“I rode him in a bit of work with the blinkers on and he worked up in good style. He can run a really bold race on Saturday first-up.”

James Cummings is also bullish about the chances of Microphone who has a fitness edge courtesy of two lead-up runs in Melbourne, the latest a Group Two win.

The Godolphin colt returns to Rosehill for the first time since finishing second to stablemate Kiamichi in last year’s Golden Slipper and like Castelvecchio, Microphone is being groomed for a career at stud.

“He’s going to take terrific form and a deep grounding into this contest,” Cummings said.

“The Hobartville is a race of champions and to have his name on the same list as the great horses who have won it would be most satisfying and would add significant stature to his stallion prospects.”