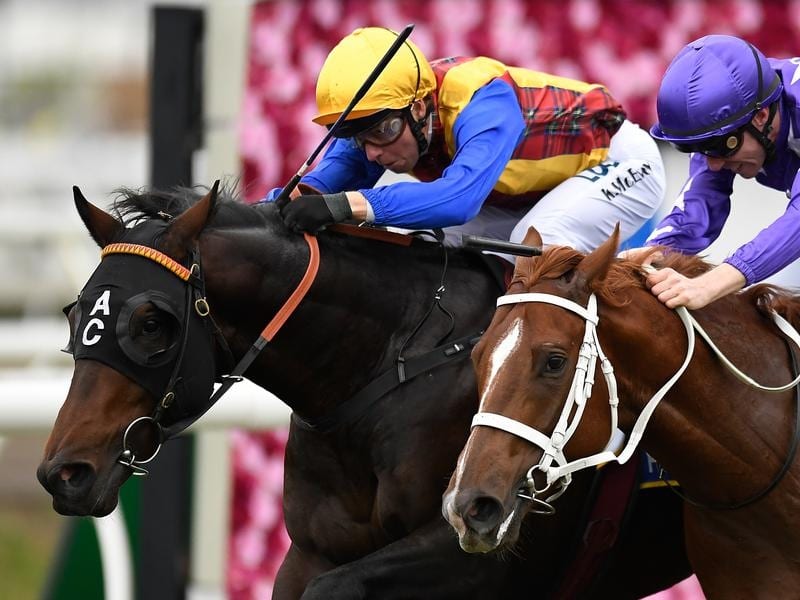 Anthony Cummings has already orchestrated one Hobartville Stakes upset and will not be surprised if Prince Fawaz can deliver him another when the colt resumes at Rosehill.

The Randwick trainer won the 2005 edition with $21 chance Outback Prince, who lowered the colours of Eremein and Dance Hero.

Cummings won the Group Two 1400m-race again three years ago with Man From Uncle at the more sedate odds of $5 and will chase another on Saturday with Prince Fawaz, who like Outback Prince, is set to start at double figures.

He regards Prince Fawaz as a superior horse to his former pair and says the colt has come back in a better headspace than in the spring when he failed to fire.

“They were both nice horses and they were good for the stable but this guy is a better horse,” Cummings said.

“I’m much happier with him. He was flat in the spring. You couldn’t see it in his work, his work was good, but his trials were average and we were left making excuses for him. This time around we haven’t had to make excuses for anything.”

Prince Fawaz has put himself on the speed in his two barrier trials, an indication he is keen and willing this preparation.

Cummings is convinced the Group One J J Atkins Stakes winner can rediscover his best form but says he will need to against a field that includes Cox Plate runner-up Castelvecchio, Sires’ Produce Stakes winner Microphone and Spring Champion Stakes winner Shadow Hero.

It is a crop of three-year-olds Cummings regards as one of the best in many years.

“They’re outstanding. This season is going to be one of the best, I think,” Cummings said.

“Every time I turn on the racing they’re beating the older horses and that’s as good a mark as you’ll get.”

Like several of his rivals, including Castelvecchio and Shadow Hero, Prince Fawaz is on a Guineas path this autumn with the Doncaster Mile also an option.

Nash Rawiller has partnered him in his two trials but is serving a suspension, prompting Cummings to reward stable apprentice Jean Van Overmeire with the Hobartville ride.

Cummings said Overmeire deserved the opportunity off the back of hard work and good form.

“He’s in very good form. He knows the horse, he is the first here riding trackwork,” Cummings said.

“He’s just got to jump out and get it right.”

Microphone remained $3 favourite on Friday, ahead of Castelvecchio at $4.60 and Bondi Stakes winner Kubrick at $6.50.