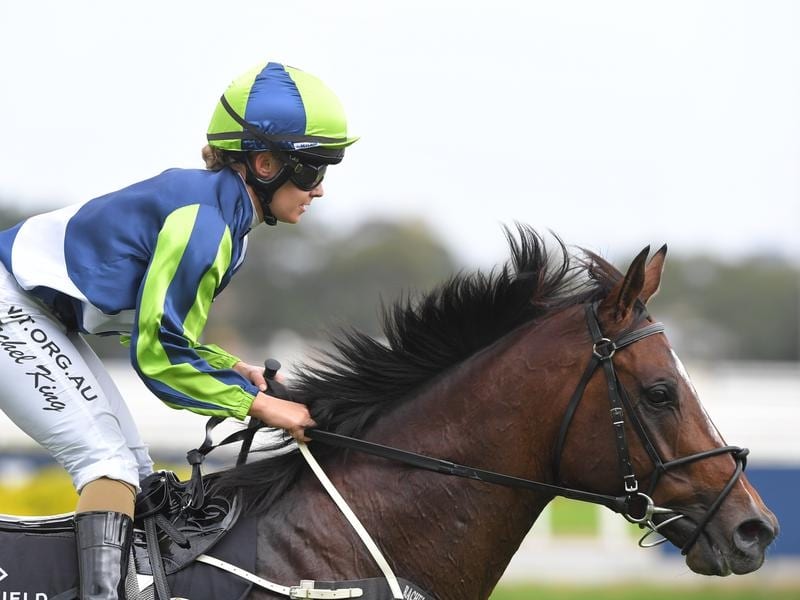 Described by his trainer as a horse who just “eats and sleeps”, Brandenburg has also shown he is pretty good at galloping with a boilover win in the Hobartville Stakes.

Up against a field boasting five Group One winners and some of the best three-year-olds in the country, Brandenburg defied a wide run on speed to triumph in Saturday’s Group Two, 1400-metre feature.

There were several good performances behind him with both Castelvecchio and Shadow Hero strong late.

But the race belonged to Brandenburg ($41) who held off Reloaded ($12) by a half-length with leader and $2.25 favourite Microphone holding third in an on-pace dominated race.

While the winner snuck under the guard of punters, trainer John Sargent was anything but shocked.

“No, I have always rated him a very good colt,” Sargent said.

“We looked after him in the spring and just took him down for the Carbine Club (Stakes).

“He had to front up today against these serious horses and he did. It was very impressive.

“He’s got a very good attitude and that’s what makes the horse. He just eats and sleeps.”

Rachel King did a great job to keep Brandenburg in a rhythm despite racing wide and she believes the colt is a long way from the finished product.

“When he actually learns how to really put them away he’s going to be even better,” King said.

“John made sure I knew the horse really well. I rode him a few times in trackwork and left no stone unturned and it paid off.”

On a day that seemed to favour horses on the speed, Microphone made the running and appeared to have every chance.

Jockey Hugh Bowman was satisfied with the favourite’s effort but felt the Godolphin colt had the right run to win.

“All credit to the winner. My guy was strong late but I thought the race was his for the taking at the top of the straight,” Bowman said.

Shadow Hero made ground down the outside to finish fifth for Josh Parr in an performance the jockey said augured well for the future.

“He’s a stronger horse this prep and it was a really good effort to come from near the back of the field in a speed-dominated race,” Parr said.

Castelvecchio was also warming up late along the inside to finish sixth.

Having his first race ride on the Cox Plate runner-up, Kerrin McEvoy gave Castelvecchio the thumbs up and has no doubt the colt will be a force as the races get longer.

“It was short of his best trip but I love the way he got balanced up and powered through the last two furlongs. It was a good first run back,” McEvoy said.