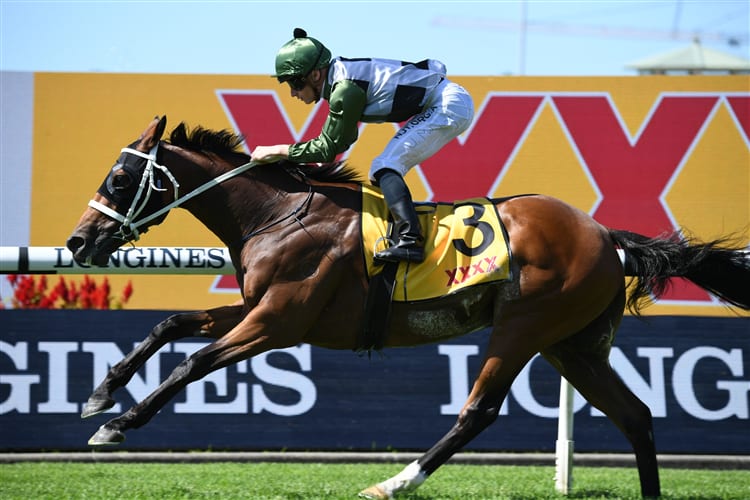 A decisive ride by James Mcdonald has helped to deliver Shared Ambition his second black-type victory after he took up an uncustomary leadership role to win the Neville Sellwood Stakes at Rosehill.

Tulloch Lodge galloper Entente was expected to make the running but from a wide draw, McDonald opted to sool Shared Ambition (+340) to the front.

The Chris Waller-trained five-year-old relished the challenge, proving too slick for the chasers to beat Entente (+360) by 1-3/4 lengths with +125 favourite Master Of Wine unable to bridge the gap, finishing third.

“It was a tricky draw. James’ first plan was to try to slot in third and fourth but it didn’t look like that was going to eventuate, so he rolled forward,” Waller said.

“He actually did quite a bit of work early and it was good to see him back off the speed in the middle stages. I think that gave him a really good sprint and he was very strong through the line.”

Shared Ambition is likely to have another run during the Sydney autumn carnival in a similar type of race before targeting the Hollindale Stakes and Doomben Cup in Queensland.

“We want to try to run him here again if we can, but if not, Queensland is a good option,” Waller said.