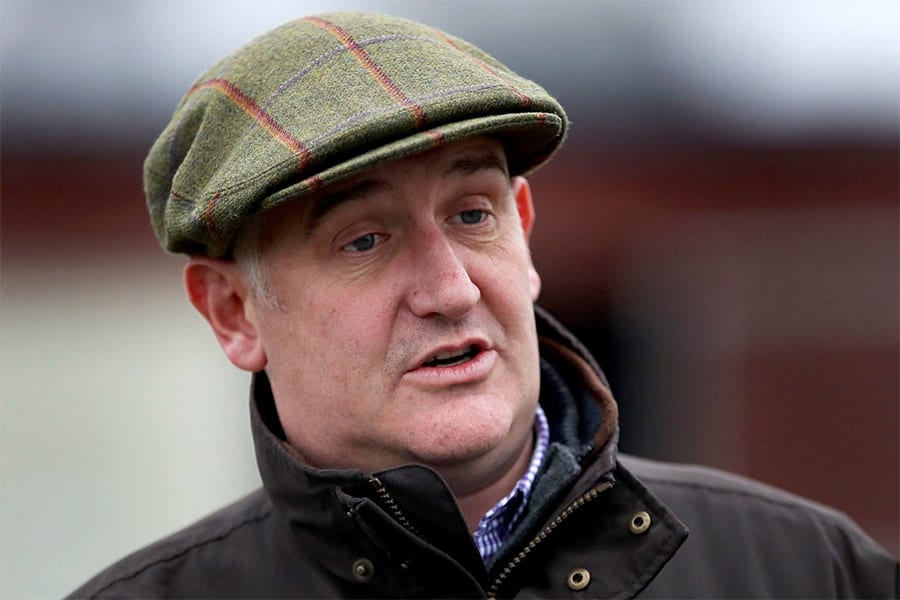 The jumps meeting at Bangor-on-Dee in North Wales on Tuesday is sponsored by the Donald McCain stable. The Cheshire-based trainer has declared seven runners in total across five of the eight races, some with decent chances.

McCain is the son of the iconic Donald ‘Ginger’ McCain, who trained Red Rum to win the Grand National three times and also won the race in 2004 with Amberleigh House. The younger McCain won the National with Ballabriggs in 2011. His runners at Bangor on Tuesday may not include a future winner of the Grand National, but he is represented by some good horses for the level.

The five-part accumulator on the shortest-priced runners in the races McCain Jr is contesting pays about +1500 with leading online bookmakers. He would no doubt like at least one winner at the fixture, and there is a family connection with the horse touted as his best prospect.

Gray Day is the second favourite at +250 to win the handicap hurdle at 2.05pm GMT.  The jockey claiming 5lbs is Miss A McCain, the daughter of the trainer and granddaughter of Ginger. The horse has the rating to deliver and make a great family occasion even better. The trainer also runs Wazowski, but the top weight will struggle to win under the race conditions.

Beach Break has been given a chance by the handicapper in the earlier handicap hurdle at 1.35pm. The McCain runner is fully exposed at Class 3 level but races off a winnable mark. The horse won a similar race at Bangor last August carrying 5lbs more weight.

Knock House has won carrying his weight in this race in the past, but the horse is now a veteran at the age of 11. He is fully exposed after six wins in 30 starts, although the last win was at Bangor. Knock House was seen as a Grand National horse and could run in the 2021 race, so a handicap hurdle is not ideal.

Get In Robin is a better prospect for McCain in the mares’ novice hurdle at 12.30pm. The horse has not earned an Official Rating after just two starts, but the form stack sup well in this class of race. Get In Robin won a maiden point-to-point in Ireland last April, and that gives her a chance in this grade.

The 2.35pm handicap chase is named after Red Rum and so will have special meaning for McCain. If the father had not trained the horse, the son probably would not be training at his modern stable. He runs Armattiekan in this race, but the horse looks to be in the grip of the handicapper after two unplaced efforts this season.

Middlebrow is not fancied in the betting for another handicap chase at 15.35pm. The top weight has won at this handicap but is unplaced in five races. A recent wind surgery operation has not resulted in any improvement in form, and winning this race looks beyond the McCain runner.

Gray Day and Beach Break could provide McCain with winners at Bangor this week, but they are not superstars. Red Rum is a once-in-a-lifetime horse, but the McCains have won the Grand National with three different runners. The fourth is unlikely to run at Bangor on Tuesday, but the family should enjoy at least one winner at the meeting they sponsor.