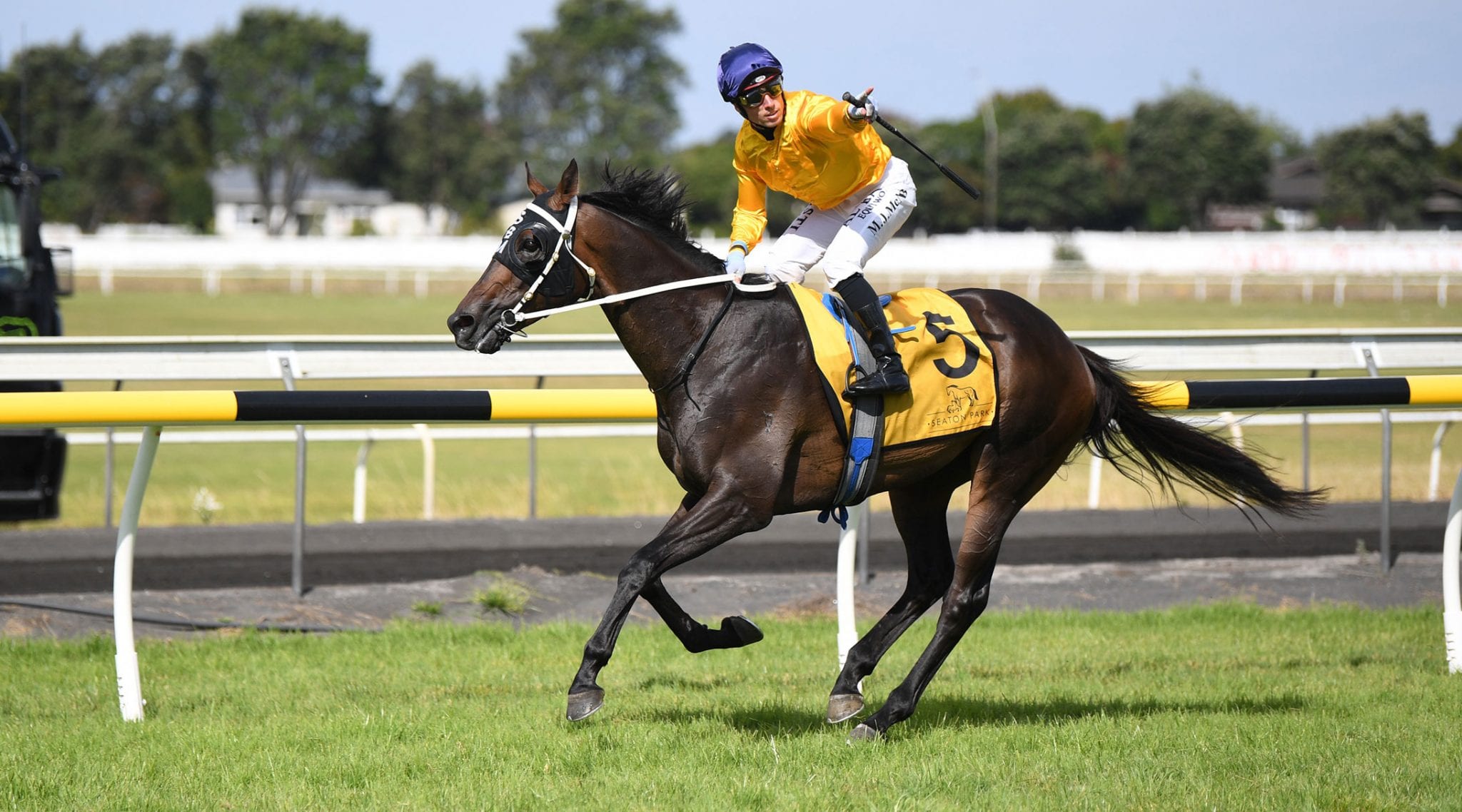 Cambridge trainer Stephen Marsh struck Group Three gold in both islands within the space of one special hour on Saturday afternoon. Belle Fascino capped a series of black-type placings with a big finish to capture the White Robe Lodge Weight For Age (1600m) at Wingatui, then Vernanme swooped to victory in the Powerworx Taranaki Cup (1800m) at New Plymouth.

Marsh took special satisfaction from Vernanme’s win, which came just a couple of days after co-owner-breeder Kevin Hickman sadly lost his multiple Group One-winning mare Silent Achiever at the age of 12.
“It was a very special few minutes and great for our whole team, both up here in the north and also down at Riccarton,” he said.

“I was particularly pleased to get that result with Vernanme for Kevin and Jo Hickman. They’ve had a terrible week with the loss of Silent Achiever. She was one of the best mares to come out of New Zealand in recent years, and certainly the best horse they’ve ever had.

“This could never make up for losing a mare like her, but I hope we’ve at least put a bit of a smile on their faces and lifted their spirits a little bit.”

A former top three-year-old, Vernanme showed there was still plenty of life left in his five-year-old legs when he produced a barnstorming finish to take out the Taranaki Cup.

A runner-up finish in the 2019 Group 1 Levin Classic (1600m) was the highlight of a three-year-old campaign that also saw the O’Reilly gelding placed in the Group 2 Avondale Guineas (2200m) before finishing an unlucky ninth in the Group 1 New Zealand Derby (2400m).

A win in the 2019 Listed Karaka Classic (1600m) had supporters expecting Vernanme to kick on to greater heights as a four-year-old, but he had disappointed slightly with his next victory not coming until November last year.

Fresh-up after finishing ninth in the Group 1 Zabeel Classic (2000m) on Boxing Day, Vernanme presented in sparkling order for Marsh and raced accordingly, as he stormed home through the middle of the pack to score by just on a length from Fiscal Fantasy and pacemaker Camino Rocoso.

The race was marred by the late scratching of hot favourite Concert Hall, who got away from rider Danielle Johnson when being loaded into the starting gates and then escaped into the crowd after jumping the outside rail.

The start to the race was delayed for several minutes until Concert Hall was caught, with reports the valuable Group One-winning mare had slipped over during her escapades and was to undertake a thorough veterinary examination.

“It was a really good effort from Vernanme today,” Marsh said. “We were really pleased when he won over 1600m two starts back. We thought he was a real chance heading into the Zabeel Classic, but he was only okay there.

“We played around with a bit of headgear after that, and we stepped him back down to 1800m, which I think is an ideal distance for him at this stage.

“Concert Hall looked like an absolute special at the weights, and obviously there were awful circumstances that forced her to be late-scratched. Thankfully it sounds like she’s mostly unharmed. Her scratching really opened the race right up, and our horse was able to take that opportunity.

“He was a Group One performer as a three-year-old, and it’s great to see him back in this sort of form. He’ll probably head out for a little freshen-up for a few days now, and we’ll take things from there. We have no real plans in mind at this stage.”

Belle Fascino had strung together four stakes placings before Saturday’s White Robe Lodge breakthrough, including a third in the same race 12 months ago. Saturday was finally her day, producing an explosive finish out of midfield in the hands of jockey Samantha Wynne, who is also a key member of Marsh’s Riccarton-based team.

“This mare had been stakes-placed four times, so she really deserved this win,” Marsh said. “When she was up here in the north, she’d just been pottering around in Rating 65 and 74 grade. We hoped she might take the next step when we sent her south, and she’s done that with all those black-type placings.

“Today was her day, which is just great for this mare and for all of her connections. I’m chuffed for my foreman Rhys Mildon, who also owns a share in the horse. He flew down there to see this race, thinking it could be a rare chance for him to celebrate a black-type win as an owner. It worked out perfectly.

“Sam Wynne is another huge part of this result. She rode a great race today, she knows the mare so well, and she’s done great work for us as the head lass at our Riccarton stable. So, it’s been a really good team effort, and it’s all come together perfectly with that result today.

“This race was the master plan, and it’s come off. We’ve been pretty solid on her in recent times, backing her up and backing her up, so she can have a nice quiet week or two now. We don’t have any firm plans, but we could look at something like the South Island Breeders’ Stakes (Group 3, 1600m) in March.”