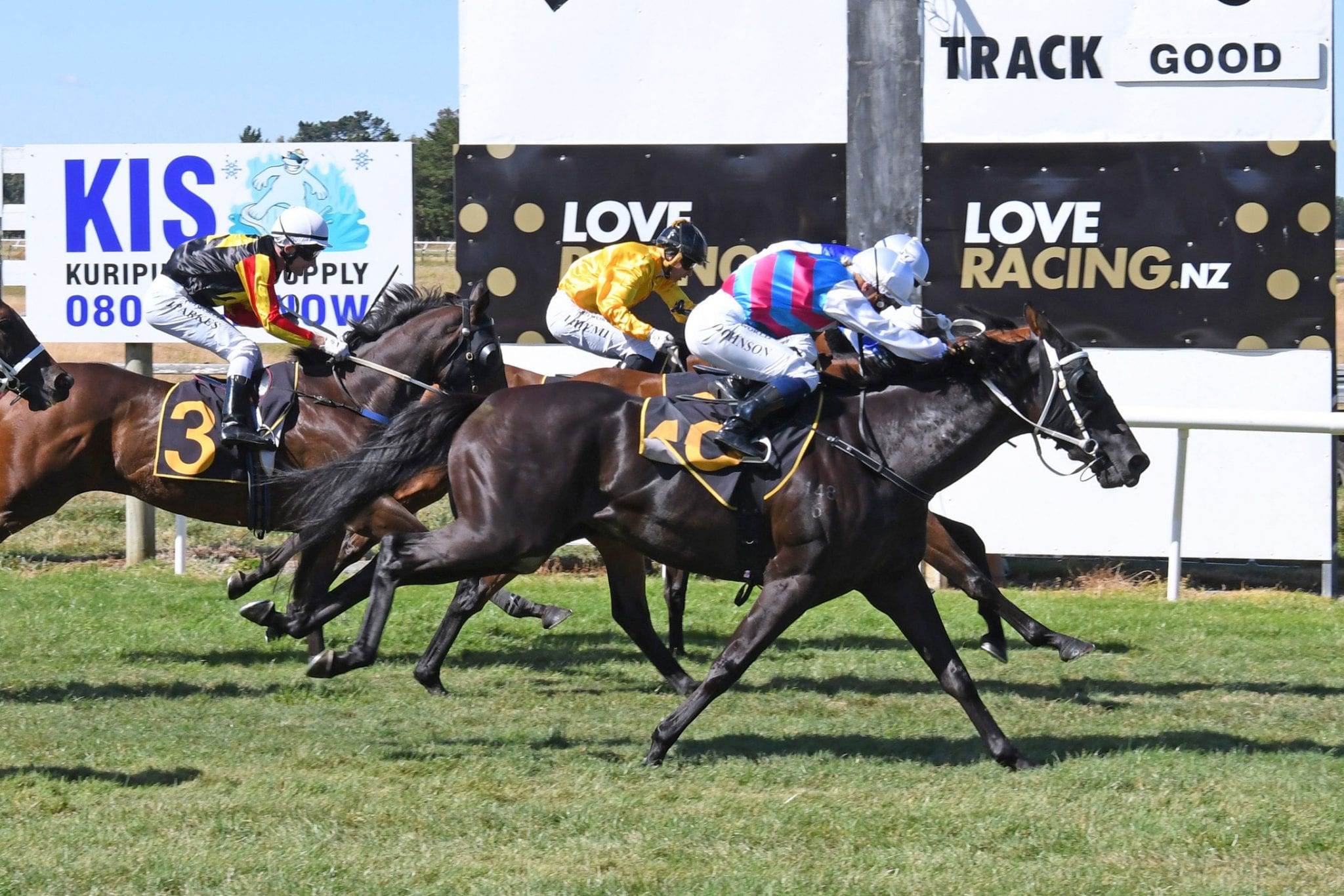 Progressive mare Tabata collected her first stakes success when she prevailed in a desperate finish to the Listed Property Brokers Wairarapa Thoroughbred Breeders’ Stakes (1600m) at Tauherenikau on Monday.

Owned by former Black Caps captain Brendon McCullum ONZM, who these days is sought after in both coaching and commentary roles around the globe, the four-year-old daughter of champion stallion Savabeel looked a forlorn hope halfway down the home straight as she was giving the eventual runner-up Cruz Ramirez a four-length head start.

Cruz Ramirez kicked hard but couldn’t withstand an irresistible late burst by Tabata that carried her and rider Danielle Johnson to victory by the barest margin.

Trainer Stephen Marsh was delighted with the victory, his third at stakes level in 48 hours after securing a Group Three double on Saturday with Vernanme in the Group 3 Taranaki Cup (1800m) and Belle Fascino in the Group 3 White Robe Lodge Weight For Age (1600m).

“To get any stakes win is always a thrill but to pick up three over the weekend is very satisfying,” Marsh said. “Mind you, at the top of the straight I didn’t think we could win the race and I was just hoping that we could perhaps run into a place at that stage.

“That was the plan leading into today as she is still lightly-raced but we were hoping to pick up some black type for her record when she eventually goes to the broodmares paddock. “She has got a very good finish on her and when she started to pick up halfway down the straight, I started to think we might snatch third but her last 50m was just phenomenal.”

Marsh will now head home and work out an autumn programme for Tabata who has shown she can handle pretty much any type of track condition to date. “She is very honest and goes well in the wet and today she showed she handles it firm as by the time they ran the race the track was pretty hard underfoot,” he said.

“She has had two big trips away now, here and to Trentham last time so a few easy days in the paddock won’t hurt and we can think about our autumn targets. “Her breeding and the way she handled the 1600m today suggests to me a race like the Travis Stakes (Group 2, 2000m) later on in April might be an ideal target.”

Purchased by McCullum under his Vermair Bloodstock banner and Hughes Bloodstock for $100,000 from the Waikato Stud draft at the 2018 Book 1 sale at Karaka, Tabata hails from the extended family of Group One winners Xtravagant, Legs and Sixty Seconds.

McCullum and wife Ellissa were both on-course to enjoy the stakes winning moment. The couple have a small property in Matamata, which is home to their three broodmares, with Tabata sure to make a very handy addition to that band some day.

The victory also brought up four wins on the day for tearaway Jockeys’ premiership leader Johnson, who now sits on 116 victories for the season.

In a quirk of fate last season’s premiership winner Lisa Allpress finished second to Johnson in all four races despite also registering a winning double of her own at the meeting.