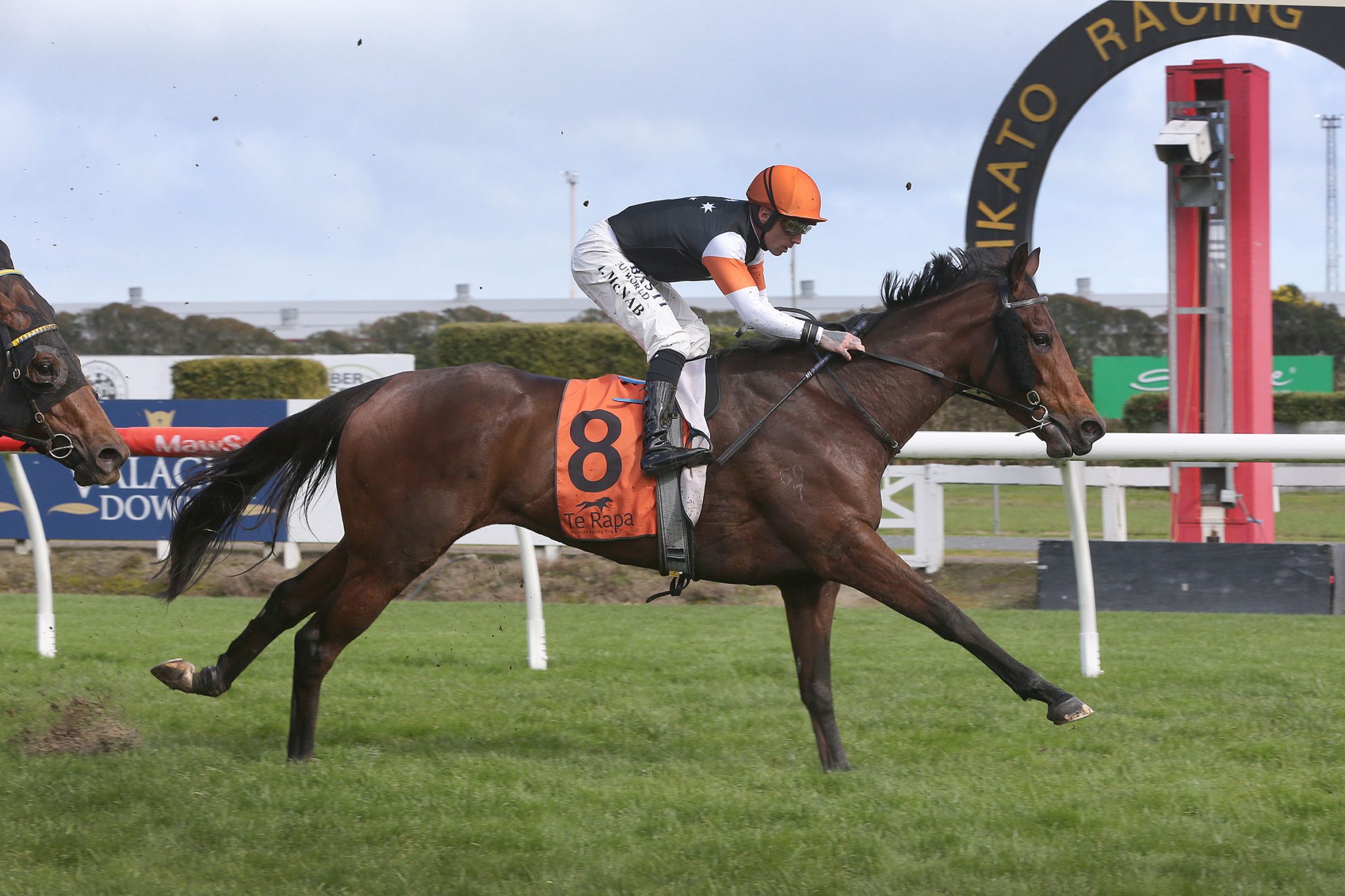 An eye-catching trial win over new stablemate Catalyst at Cambridge last week indicated promising mare Marchioness was ready to win first-up and so it proved when she cruised home over 1200m at Te Rapa on Saturday.

The lightly raced four-year-old daughter of Iffraaj was sent out a warm +250 ​favourite and didn’t disappoint her many supporters despite some anxious moments in the home straight when it looked like she might be starved for a clear run.

Rider Michael McNab had the Tony Pike-trained runner nicely positioned behind the pace throughout but was in a modicum of trouble shortly after straightening when kept in a pocket by Leith Innes and his mount Irish Boy.

McNab didn’t panic as he switched for an inside run, where Marchioness burst to the lead at the 100m before easing clear of her rivals for a comfortable victory.

Pike, who was at a showjumping event where his daughter was competing, managed to catch the race on his phone and was suitably impressed by the victory.

“She is a pretty good mare, who went some very good races last season and has strengthened up nicely for her new campaign,” he said.

“She had won her trial well, so I thought she was in good nick for her first-up run today, but the track was pretty testing and I thought that could be the factor that might trip her up.

“The way she finished off over the last piece was good to see and she pricked her ears at the line, so it’s nice to know she can handle some rain around if we strike something similar further down the track.”

Pike doesn’t have any set plans for Marchioness, although a tilt at a stakes race is something he will work her towards.

“She has only had the five races now, so I think the best thing for her is to work through the grades before we get too ambitious,” he said.

“I definitely think she can win a black-type race later on and we will be building up to that over her next few starts.”

Pike had earlier scratched 2020 Group 1 New Zealand Derby winner Sherwood Forest from his fresh-up assignment due to the prevailing Heavy10 track conditions and confirmed he would step out at Ruakaka next weekend, while he also has a big team engaged at the Te Rapa trials on Monday including Catalyst and exciting sprinter/miler Dawn Parade.

He also advised that promising three-year-old Tutukaka, who won the Listed Tatts Stakes (1830m) at Eagle Farm back in June, was back in work and would step out for his first serious hit-out at the Cambridge trials on August 24.

Pike made it a winning double for the day when River Run took out a rating 65 1600m contest later in the day.