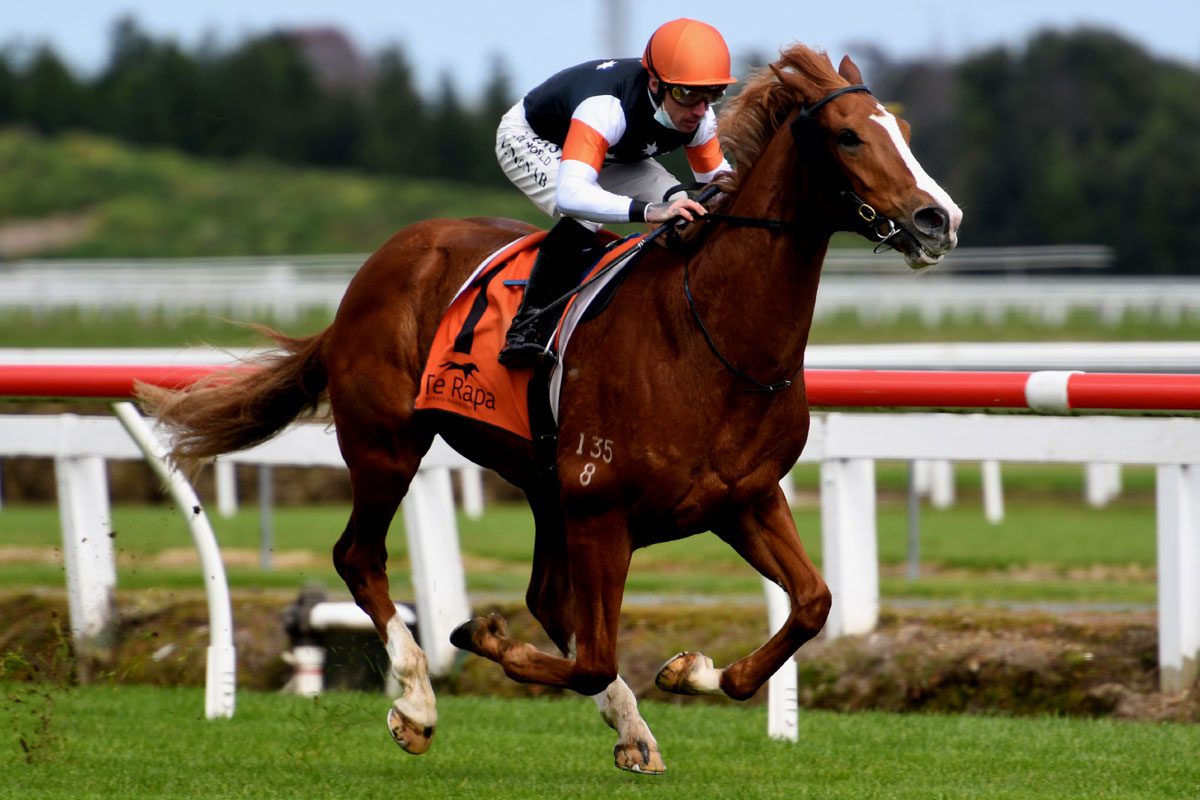 Cambridge trainer Tony Pike left the Te Rapa racecourse on Saturday evening a happy man after his team of four runners produced two wins, a second and a third placing on the day.

While River Run and Marchioness went bold races, they were consigned to minor placings with well-bred maiden Field Of Gold and Group 3 New Zealand Cup (3200m) candidate Rapid Falls providing the winning returns for their mentor.

Pike had been expecting good performances from all four runners, but his confidence was dented a little when the Te Rapa track came up a Heavy10 for the day.

“All of our team on the day probably want the track a lot better than it was but luckily enough we got early use of it with Field Of Gold and Rapid Falls and that certainly helped them,” Pike said.

“Field of Gold ran third first-up in a very hot maiden two-year-old race at Ruakaka and had improved a lot since then, so we thought he would go close to winning.

“He holds a nomination for the New Zealand 2000 Guineas (Group 1, 1600m) at Riccarton later in the spring, so you want to see him putting his hand up at maiden level now if he is going to be competitive down there.

“He is a big, powerful horse and there is plenty of improvement in him, but I thought he was pretty professional today and got the job done in good style.

“We haven’t thought much about where we go next, but he could be a candidate to head down south earlier than usual and work his way to the Guineas through some of those southern lead-up races.”

By Starspangledbanner, Field of Gold is out of the Giant’s Causeway mare Chasing Mammon and is the younger half-brother of Pike’s Group 1 New Zealand Derby (2400m) winner Sherwood Forest.

Pike was also pleased to see Sacred Falls mare Rapid Falls make a winning start to her spring campaign after signing off her previous campaign with a win at Ellerslie.

“She (Rapid Falls) is a mare who has really strengthened up over her winter break,” Pike said.

“She has plenty of ability but had needed to mature to find her best form.

“She had trialled nicely behind Catalyst over 1300m eight days ago and I had expected a good run, but there was that niggling doubt about the track.

“We have thrown in a nomination for the New Zealand Cup, so we’ll make a plan to try and get her there, as I think she is a pretty handy stayer in the making.”

Pike was also rapt with the return to racing by highly regarded three-year-old Tutukaka, who made a up a lot of ground in the closing stages of his campaign opener over 1400m at Flemington.

“I’m rapt with his run as we weren’t expecting too much from him, but he went a really nice race without threatening the leaders,” Pike said.

“He got up and trucking coming to the corner but got shunted wide and that put paid to any chance of running in the money.

“He didn’t give it away and got through the line nicely which is very encouraging.

“As long as he pulls up well, he will go to the Super Impose Stakes (Listed, 1800m) at Flemington in three weeks for his next run.”