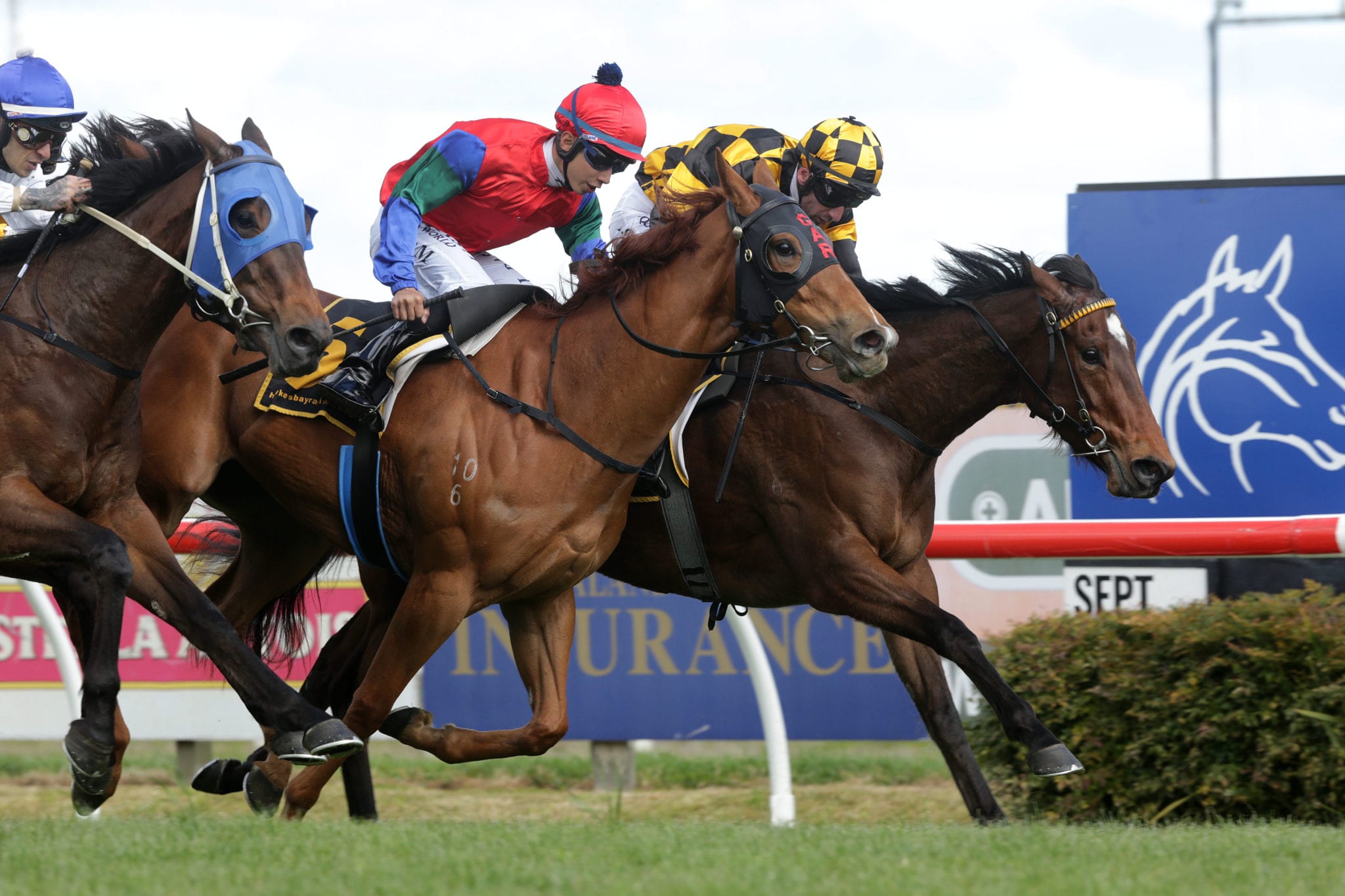 Cambridge Stud’s Manchu added serious momentum to her classic campaign yesterday afternoon with a gallant victory at Hastings. The well-related Redoute’s Choice filly overcame her inexperience to account for a competitive field of three-year-olds over 1200m.

Bred and raced by Brendan and Jo Lindsay, the filly was taken to the front by Leith Innes and dug deepest to break her maiden status. “She’d only had the one previous start and she was attacked here and fought them off,” trainer Lance Noble said. “We’ve always rated her and she’s nominated for the 1000 Guineas so we’ll pick a way there.”

Runner-up on debut at Pukekohe, Manchu has now been slashed from $81 to $26 in the pre-post market for the Group 1 Gavelhouse.com NZ 1000 Guineas (1600m) at Riccarton in November. The filly made good use of her handy gate at Hastings to make the running and showed her fighting qualities in the straight. “She got taken on the whole way and was a bit green, but she was very good late,” Innes said. “She’s showed plenty and she’ll get over a bit more ground as well.”

Manchu is a daughter of the Shamardal mare Princess Cixi, a half-sister to the French Group 2 winner Ocavango. The second dam Crystal Music won the Group 1 Ascot Fillies’ Mile and is from the family of fellow top- flight winner Zelzal.

The Lindsay’s were desperately unlucky not to add a notable stakes double to their record later on Saturday when Bavella was beaten by a nose in the Group 3 Hawke’s Bay Breeders’ Gold Trail Stakes (1200m), while just twenty minutes later Probabeel suffered the same fate in the Group 2 Tea Rose Stakes (1400m) at Royal Randwick.