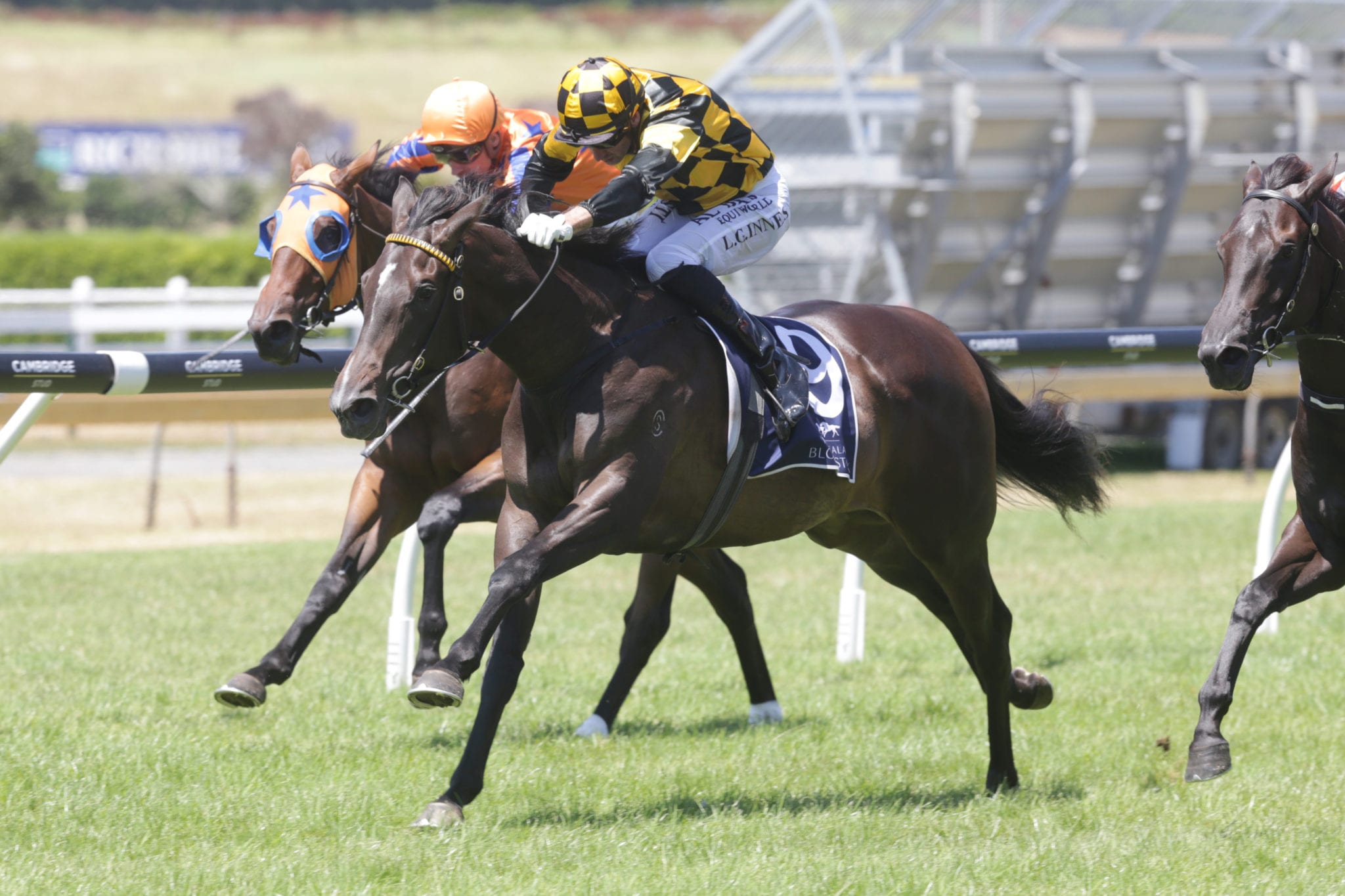 Upstanding juvenile filly Vernazza showed she had taken plenty of benefit from her debut run for third at Matamata last month when she fought doggedly to claim the winning prize in the NZB Insurance Pearl Series Race (1200m) at Ellerslie on Sunday.

The impeccably-bred younger half-sister to talented three-year-old Bavella had been well fancied to make a winning debut at Matamata but struggled to cope with the step up from a 1000m trial win to the hustle and bustle of raceday, although she was brave in defeat behind the talented Yourpoint.

Trainer Lance Noble felt she had improved sharply from the experience and his judgement was proven to be spot on as she extended nicely in the run home for rider Leith Innes after racing in cramped quarters approaching the home turn. Innes played a patient game and when he asked the filly to run, she responded gamely to defeat the well backed debutant Helsinki and Dragon Queen. “She had shown a lot at home and we thought a bit of her but first up she was probably just a bit new,” Noble said. “She had found everything easy at home but on raceday the pressure is on, although it was still a good effort to run third and she learnt a lot from it.

“Today she still over-raced in the middle stages, so she is a work in progress, but is a filly with a lot of promise. “As long as she comes through the race well, we will sit down and make a plan as I think she is just going to keep on improving.”

Bred and raced by Cambridge Stud couple Brendan and Jo Lindsay, Vernazza is the third foal from stakes winning mare Zonza. The victory by Vernazza has thrown a spanner into the Karaka Million 2YO (1200m) aspirations of several of the other runners in the race as Vernazza took out the thick end of the prizemoney on offer but is ineligible for the Karaka Yearling Sale graduates race.

Beaten runners Dragon Queen, Bordeaux Le Rouge, Trident and Hasstobemagic strengthened their positions on the order of entry but both Helsinki and Tango Love now look unlikely to gain a start in the $1million juvenile feature.

The race was robbed of plenty of interest with the scratching of another well-fancied Karaka Million 2YO contender in Cool Aza Beel. The Jamie Richards-trained Savabeel colt sits outside the cut-off mark for the top fourteen stakes earners that will line-up at Ellerslie on January 25 and was to use today’s contest to both secure his starting position and enhance his race fitness after not being seen since finishing an unlucky fourth at Pukekohe back in November.

A spiked temperature saw him withdrawn with Richards now facing a battle to have the colt fit and ready for the race for which he is currently listed as the $4.60 third favourite behind Play That Song ($2.80) and Not An Option ($3.80). Richards will make a last-ditch effort to squeeze his charge into the race with a proposed start at the Tauranga meeting next Friday hinging on a swift recovery from the niggling issue.