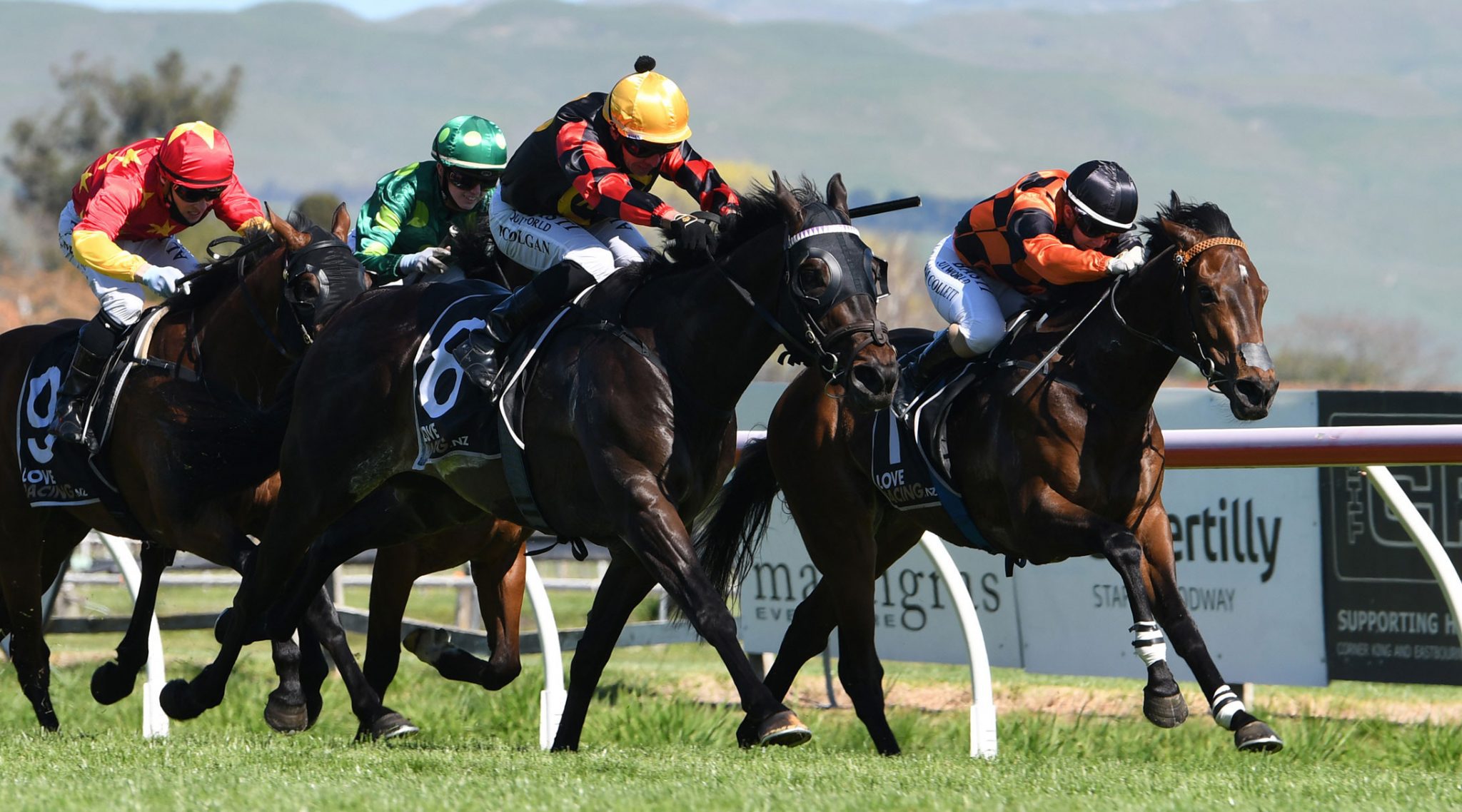 Despite providing trainer Chad Ormsby with some mid-race jitters, promising three-year-old colt Mana Nui delivered when it counted as he claimed victory in the Group 2 Dundeel At Arrowfield Hawke’s Bay Guineas (1400m).

The son of No Nay Never had cleared maiden ranks at his last start at Te Rapa but went into Saturday’s Hastings feature off a four week break since that effort in early September.

Ormsby had asked rider Vinnie Colgan to try and ride the colt up on the pace, however an early speed battle between Drum Major and El Vencedor saw Colgan forced to sit one out in sixth position throughout.

With the pacemakers easing up slightly at the 800m, Mana Nui began to overrace and had Ormsby fearing he wouldn’t be able to finish off his effort in the run home.

Those fears were promptly allayed as Colgan eased into clear air at the 300m and quickly ranged to the front before holding out the challenge of race favourite Wakari, with Drum Major fighting on doggedly for third.

“He had me a little bit worried when he was pulling pretty hard across the top for Vinnie,” Ormsby said.

“I started to shake and sweat a little bit, but he’s quality and there is more in store for him.

“He is a good type. He’s got the looks and now he is putting it out on the track as well.

“It has actually made me happy to see that he could take a sit and then attack the line like he did.”

Ormsby will monitor how his charge comes through the race but admitted he did have an eye towards the Group 1 Al Basti Equiworld Dubal New Zealand 2000 Guineas (1600m) at Riccarton next month.

“He’s got a nomination for the 2000 Guineas, so we are going to have to have a few conversations over the table about that,” he said.

“We’ll get serious about that now, while there could also be some races in Australia for him as well.”

Colgan was impressed with the way that Mana Nui responded to his request for an effort in the home straight after travelling keenly throughout.

“There was a bit of movement in front of me, but I ended up in a good spot, before the speed buttoned off,” he said.

“In the straight he just cruised up nicely and was very strong to the line.

“He is still very green and raw, but the ability is there.”

The win was the middle leg of a treble for Colgan who had guided promising three-year-old Te Toki to victory over 1400m for trainer Katrina Alexandra, before getting in the decisive stride with the Roger James and Robert Wellwood-trained Cheaperthandivorce fresh-up over 1600m, later on the card.