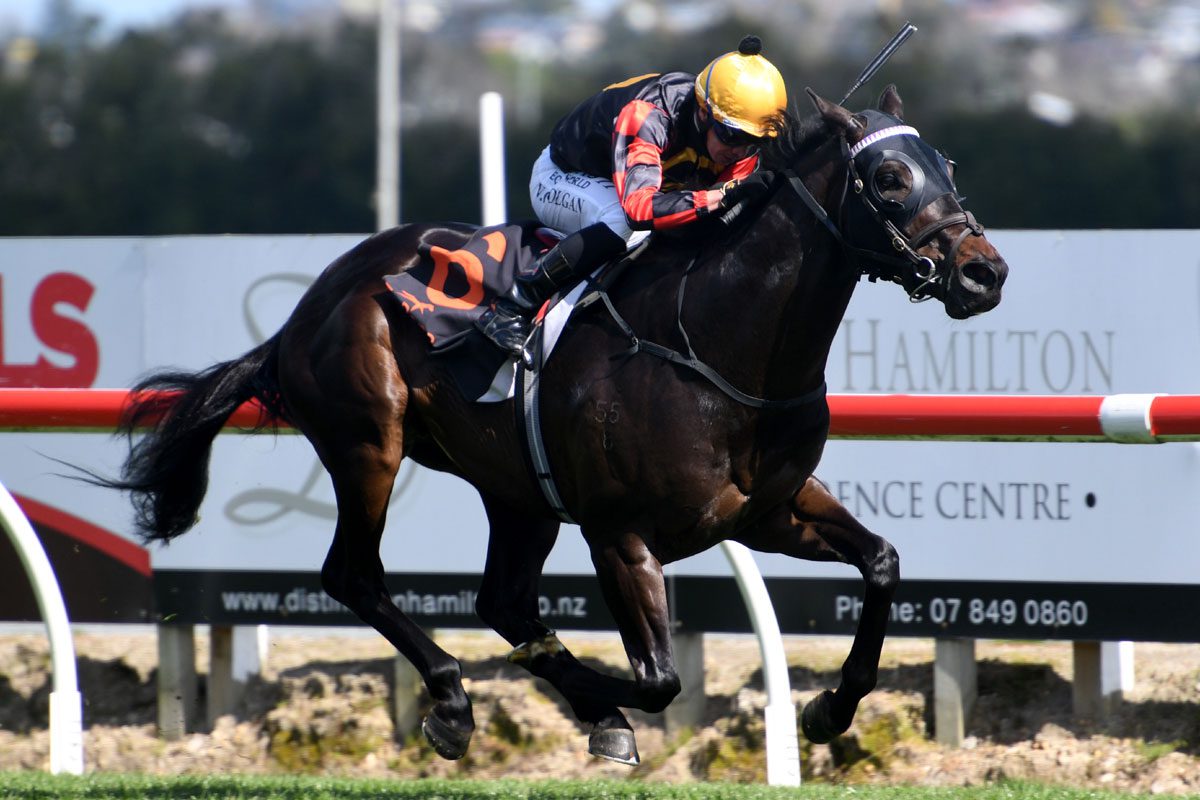 Matamata horseman Chad Ormsby looks to have a Classics contender on his hands after promising three-year-old colt Mana Nui opened his winning account with a comprehensive victory at Te Rapa on Saturday.

The son of No Nay Never had impressed when winning a trial on a heavy track at Ellerslie last month and reproduced that form on a decidedly better Dead6 surface on the weekend as he led all-the-way to win comfortably by just under three lengths.

Ormsby had given his charge one start as a two-year-old where he ran into subsequent juvenile Group One winners Sword Of State and On The Bubbles in the Group 3 Waikato Stud Slipper (1200m), before putting him aside for a decent break.

Mana Nui has returned a much stronger and physically mature version from that two-year-old model and it showed on Saturday as he provided jockey Vinnie Colgan with an armchair ride throughout the 1200m contest.

“He has all the looks and the ability, but he was quite immature last season,” Ormsby said.

“We gave him that run at Matamata, but he didn’t really cope with the raceday atmosphere and then he ended up going shin sore as he jarred up a bit on the firmer ground.

“We put him away for a good break and he really thrived and matured a lot.

“We knew he had come back well and we put the blinkers on for his Ellerslie trial and again yesterday, so I think we have found the key to him.

“He does most things pretty easily and likes to get his own way out in the clear air, so leading was the best option for him and he did the job nicely.”

Ormsby is now eyeing a tilt at the Group 2 Dundeel At Arrowfield Hawke’s Bay Guineas (1400m) at Hastings on October 2 as he plots a path towards the Group 1 Al Basti Equiworld Dubai New Zealand 2000 Guineas (1600m) at Riccarton in November.

“We think he has the ability to match it with the top three-year-olds, so we are looking at the upcoming stakes races for him,” he said.

“We actually had him entered for the Northland Breeders’ Stakes (Group 3, 1200m) on Saturday, but opted for the maiden as he drew a lot better.

“We’re not afraid of those good ones as you have to take them on at some stage, although with this experience under his belt, it will only help him when he does meet them.”

The win also capped off a good 48 hours for Ormsby who also produced handy mare Fonts de L’Algar to win over 970m at the Cambridge synthetic track meeting on Thursday.