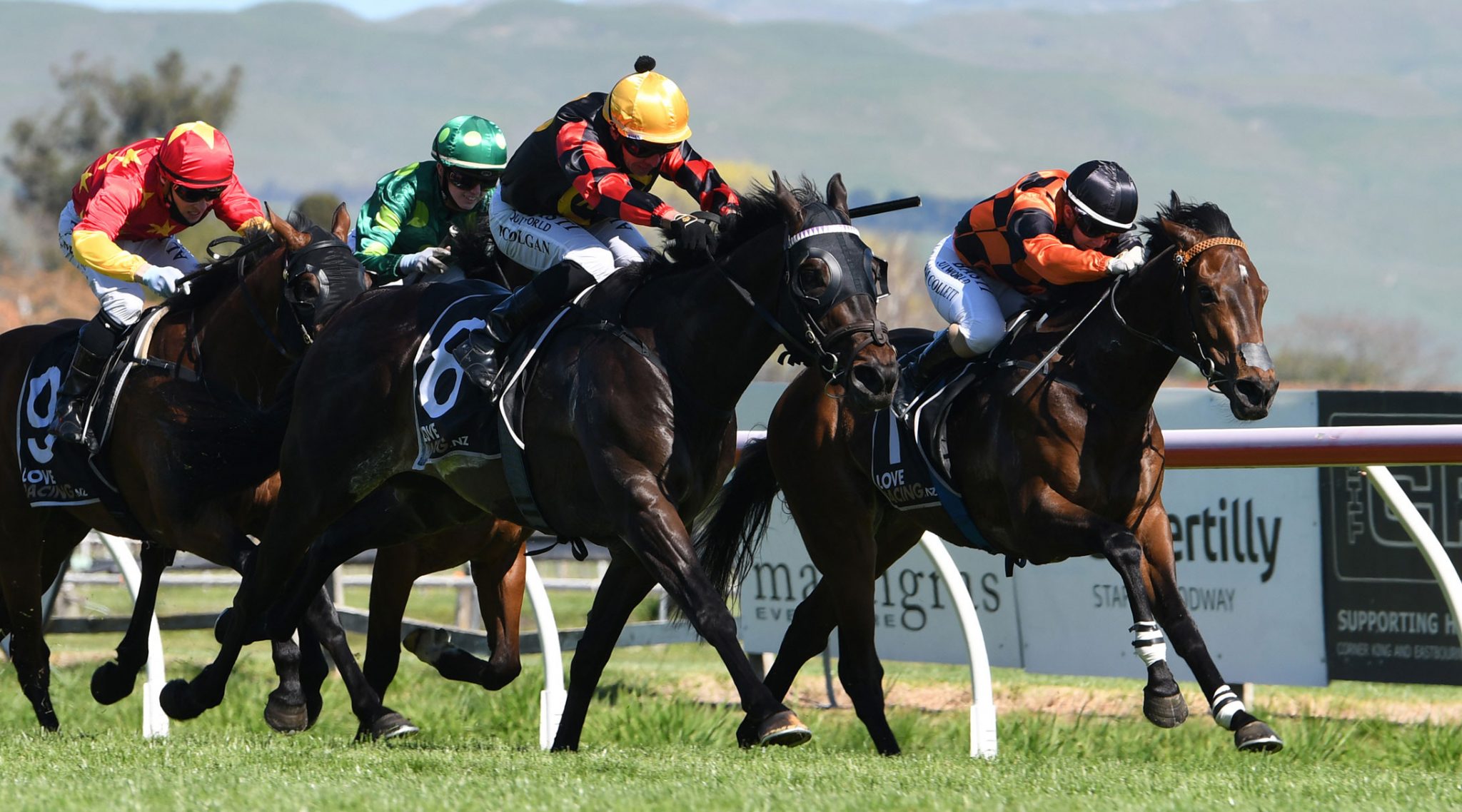 Preparing a select draft of Ready to Run two-year-olds while also managing the spring preparation of an exciting three-year-old talent, Matamata horseman Chad Ormsby has plenty on his plate over the next few weeks.

A potential Australian campaign looms on the horizon for Mana Nui, who will line up as a +260 favourite in the Group 2 James and Annie Sarten Memorial Stakes (1400m) at Te Rapa on Monday. Meanwhile, Ormsby is also putting the finishing touches on Riverrock Farm’s 10-horse draft for next month’s New Zealand Bloodstock Ready to Run Sale.

“It’s exciting,” Ormsby said. “We’re looking forward to seeing what Mana Nui can do on Monday. I think it’s his toughest test so far, and he’s coming up against some pretty strong last-start performers. And then we’ve got the Ready to Run draft as well, which is coming together really nicely.”

Mana Nui was unplaced at stakes level in February in his only start as a two-year-old, but the No Nay Never colt has burst to prominence this spring with two impressive victories in the colours of his owner-breeder Tony Rider.

The most recent of those was in the Group 2 Hawke’s Bay Guineas (1400m) at Hastings on October 2, kicking clear of the talented Wakari with a smart turn of foot in the straight.

“He was pretty impressive at Hastings, he really put everything together that day,” Ormsby said. “We’ve always had a high opinion of the horse, which you can see from the fact that he ran in the Matamata Slipper (Group 3, 1200m) on debut as a two-year-old.

“He didn’t really fire on the day and was possibly just a bit too inexperienced, but he didn’t disgrace himself at all. He was always going to take a lot of benefit from it. The plan was to give him that one run before turning him out for a good, long break, and he’s come back a different horse.”

Ormsby has been pleased with Mana Nui’s progress in the three weeks since his Hawke’s Bay Guineas victory, and on Monday he will attempt to become the first horse since Sacred Falls in 2012 to complete the Hawke’s Bay Guineas-Sarten Memorial double.

“He’s done well through the last few weeks,” Ormsby said. “There were some offers from interested buyers after the Guineas, but that all ended up falling through. I think that might work out to be a good thing for the horse.

“He’s heading into this race in good order. He’s never been the greatest track worker, but he’s well and seems to be in nice shape for the task that’s ahead of him on Monday.”

Mana Nui is rated a +500 second favourite for the Group 1 New Zealand 2000 Guineas (1600m) at Riccarton on November 6, but he is no certainty to make the trip to Christchurch.

“The 2000 Guineas hasn’t really been a goal of ours, and we probably have more of an aspiration to get him over to Australia and try to prove his worth over there,” Ormsby said. “That’s something we’ll work through after Monday, but I’d like to see him get over to Australia at some point and show that he measures up there.”

Meanwhile, Riverrock Farm’s Ready to Run Sale draft has been reduced by one following the early sale of a Charm Spirit colt out of the Encosta De Lago mare Lets Have Some Fun. The colt scored a spectacular seven-length win at the Cambridge trials on September 28.

“He was in our Ready to Run draft, but he was a bit of a standout right from day one,” Ormsby said. “He just continued to improve, and then he went to the trials and was pretty outstanding. There ended up being an offer that was too good to turn down.

“But I’m very happy with the rest of the draft that we’re taking. All through this year, we’ve been really excited about the horses that we’ve got this year. We’ve been a bit more selective this time around, and I think that approach has paid off.

“Obviously there’s a bit of uncertainty around whether there’ll be a sale at Karaka next month or not. My personal opinion is that it’s crucial for the vendors that the sale does go ahead there.

“That’s out of our control, I think we’ve done all that we can do to ensure that we’re offering a quality group of horses to the buyers. I’m looking forward to seeing how they’re received.”